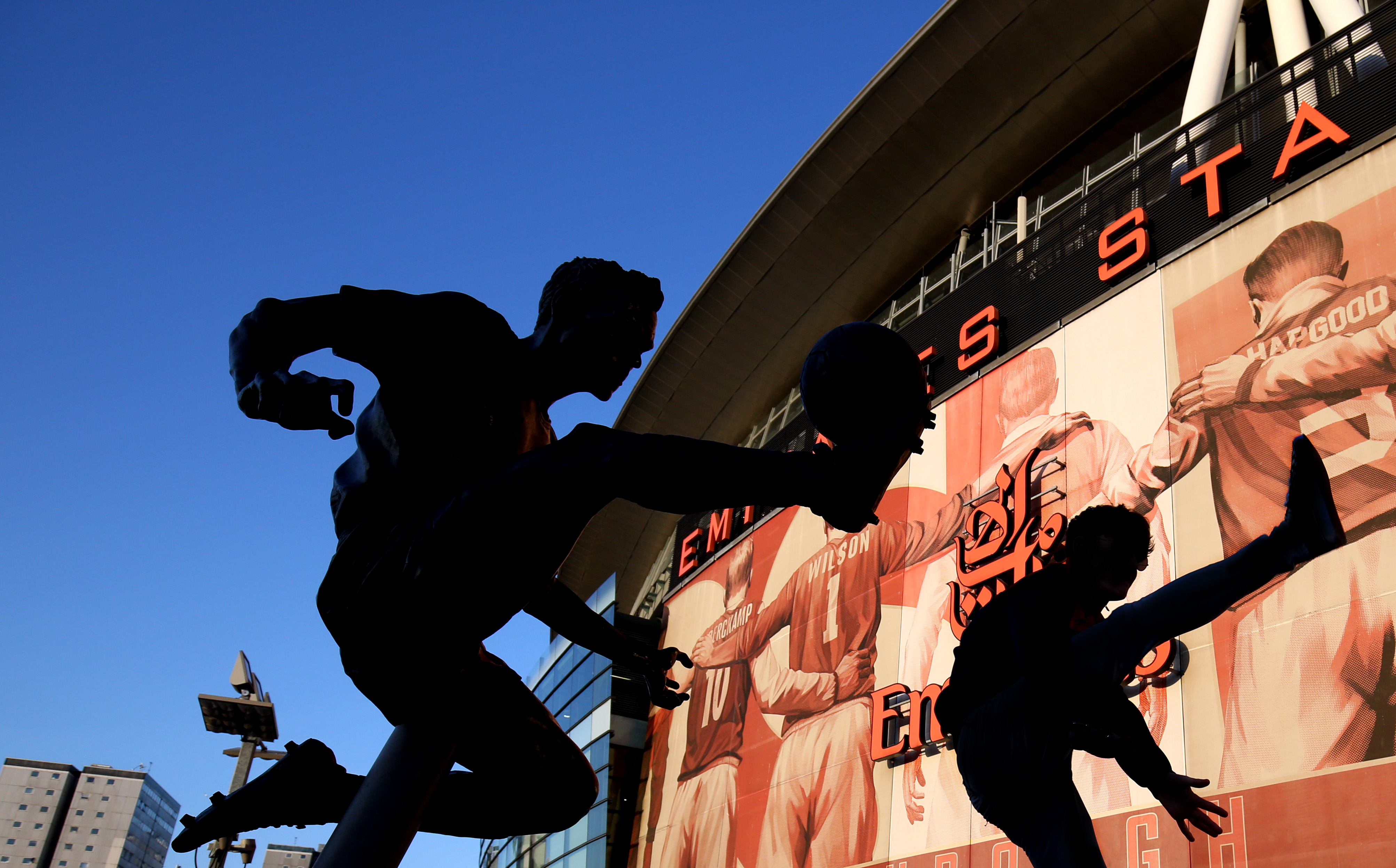 Read on for the outstanding Orbinho's third quarter take on all things Arsenal.

This was best summed up by the Jekyll and Hyde performance against West Ham. The team didn’t play badly as much as didn’t even turn up in that first 30 minutes. Contrast that with a display of attacking verve as good as I can recall in the last few fallow years from an Arsenal team for the second half.

Since Christmas Day and that unexpected performance against Chelsea, only two teams have earned more points in the Premier League than Arsenal (28) – Man City (48) and Man Utd (31).

The latter have three points more, having played one extra match. It’s probably a reflection of the inconsistency of all teams though as opposed to feeling that Arsenal are capable of a sustained challenge.

Since I last wrote in mid-January, Arsenal’s attacking output has increased from 1.2 goals per game to 1.7 per match. The Gunners conversion has helped, going from a disappointing 10.3% to 13.6%.

This may not sound a lot, but it means the Gunners are scoring from around one in seven shots, compared to one in 10.

The actual increase in shots over this period has been marginal – up 0.8 shots per game – but some more clinical finishing has helped in terms of results.

That attacking verve has come at something of a cost though defensively. The Gunners have conceded at a rate of 1.3 per game in the last 10 matches compared to 1.0 per match in the first half of the campaign. Total shots faced has remained roughly the same, but shots on target per match faced has risen from 3.2 per match to 4.7 per 90 minutes, a near 50% uplift. Arsenal are currently on a run of 12 games in all competitions without a clean sheet.

One of the core problems of the last quarter has been Arsenal’s propensity to hit the self-destruct button. I tweeted a list of recent issues which went a little like this:

Villa A - Error leading to goal

Benfica A - Error leading to goal

Leicester A - Error leading to goal

Burnley A - Error leading to goal

Olympiakos A - Error leading to goal.

You can add a dismal display in the 2nd leg against Olympiakos and not turning up for the first 30 minutes against West Ham and it unfortunately speaks to a pattern, not just a one off.

It extends a run of self-harm that has seen the Gunners pick up the most red cards, concede the most penalties and make the most individual errors leading to goals conceded since August 2017 of any team in the top flight.

In the Premier League, three wins, three draws and three losses suggest that arsenal are still searching for the right formula. On the positive side, having a No. 10 looks to have improved the creativity of the side. Since his debut, only five players have a better minutes per chance created from open play rate than Martin Ødegaard (45.1), who is setting up around two per game.

While it’s some way off Kevin De Bruyne (31.9) and Jack Grealish (34.1), accounting for the settling in period he’s shown what he can do in recent weeks. While he’s set up nine chances from open play in nine appearances, seven of those have come in the last three games. With a couple of goals to his name too, it’s easy to see why Arsenal fans would be keen to see the Norwegian make his move permanent this summer.

Looking back to the pre-season stats that I posted on Twitter, there were lots of areas for improvement.

Arsenal are currently ranked 10th for goals scored and 8thfor both total shots and chance conversion. It’s a mid-table attack which probably explains why the team are mid-table. In the last couple of months, they’re 5th for goals and 6th for conversion but only 11th for shots. Mikel Arteta still has to find more productivity from his attack if we want to start challenging at the top end of the table next season.

The team have been especially weak from set pieces, with no team in the Premier League scoring fewer from dead-ball situations than the Gunners. The opposite has been true in defence where no team has conceded fewer than the Gunners. Hopefully, the set piece coaching team can spend some time on the attacking side in the off season to augment a meagre goal tally of just four goals from set plays.

Arsenal certainly need to look at discipline. With nine red cards under Mikel Arteta, averaging out at one every 5-6 matches, that’s too often to not cost points in the long run.

Overall defensively, barring a torrid end to the season, the Gunners look set to improve on last season’s 48 goals conceded and an average of 50 per campaign over the last three. Only four teams have allowed fewer shots on target against them than the Gunners, even though as pointed out earlier this has increased in recent games.

An interesting point to note concerns possession. Last season the Gunners averaged just 54%, their lowest in any season where Opta has data available.

This season has seen that drop even further and has led to difficult situations like the last 15 minutes against Spurs where the team struggle to keep control of the ball and the game.

There were also positives looking back to early September that have been maintained. Arsenal are winning more of the big games.

They already have more points against the Big Six than in the whole of last season and the comeback win against Spurs felt like a marker for a team which has so often capitulated when things were going against them.

Arsenal were one of the most clinical sides in the division in the last two seasons and they have lost a bit of that, but there have been signs in recent weeks of improvement.

And there are promising signs of the future with Kieran Tierney and Gabriel settling well, while Bukayo Saka, Emile Smith Rowe and Ødegaard are building an exciting forward line.

Thomas Partey will hopefully be better for his settling in period too, but there still seems to be a lot of work to do in the summer transfer window. The futures of Alex Lacazette, Eddie Nketiah and Folarin Balogun, plus the patchy form of Pierre Emerick Aubameyang leaves Arteta with a conundrum to solve. The squad still seems below par in many areas and short of personnel in others like left back and goalkeeper.

These issues would be alleviated significantly by winning the Europa League and qualifying for next season’s Champions League, with the additional revenue that would bring. It seems less likely by the week that Arsenal would even qualify for Europe via league position.

To win the competition, we would probably need to do something that the club has never done before and that is to beat an English team in Europe. Defeats over two legs to Chelsea, Liverpool and Man Utd in the Champions League were hard to take, but most embarrassing was the 1-4 capitulation to Chelsea in the 2019 Europa League final.

To reach the final, Arsenal might need to defeat Villarreal and Unai Emery en route. Last season’s FA Cup win probably gave Arteta some breathing space, but the league campaign has been a struggle and might have cost him his job without that trophy.

Winning the Europa League is probably the key to a summer of investment and a chance to improve the squad. Anything less might not be enough for the club to have the resources to pull out of a third season of mid-table mediocrity.

If Arsenal do play Man Utd in the final, I’m hopeful Mikel Arteta’s record against teams called United will prove crucial. In 15 meetings as Arsenal boss, he’s won 11 and lost none.

Add that to the fact we are unbeaten in four games against the Red Devils and they haven’t scored in any of the three meetings with Arteta, the omens are either firmly on the side of the Gunners, or the jinx is well and truly in place, depending on your point of view.