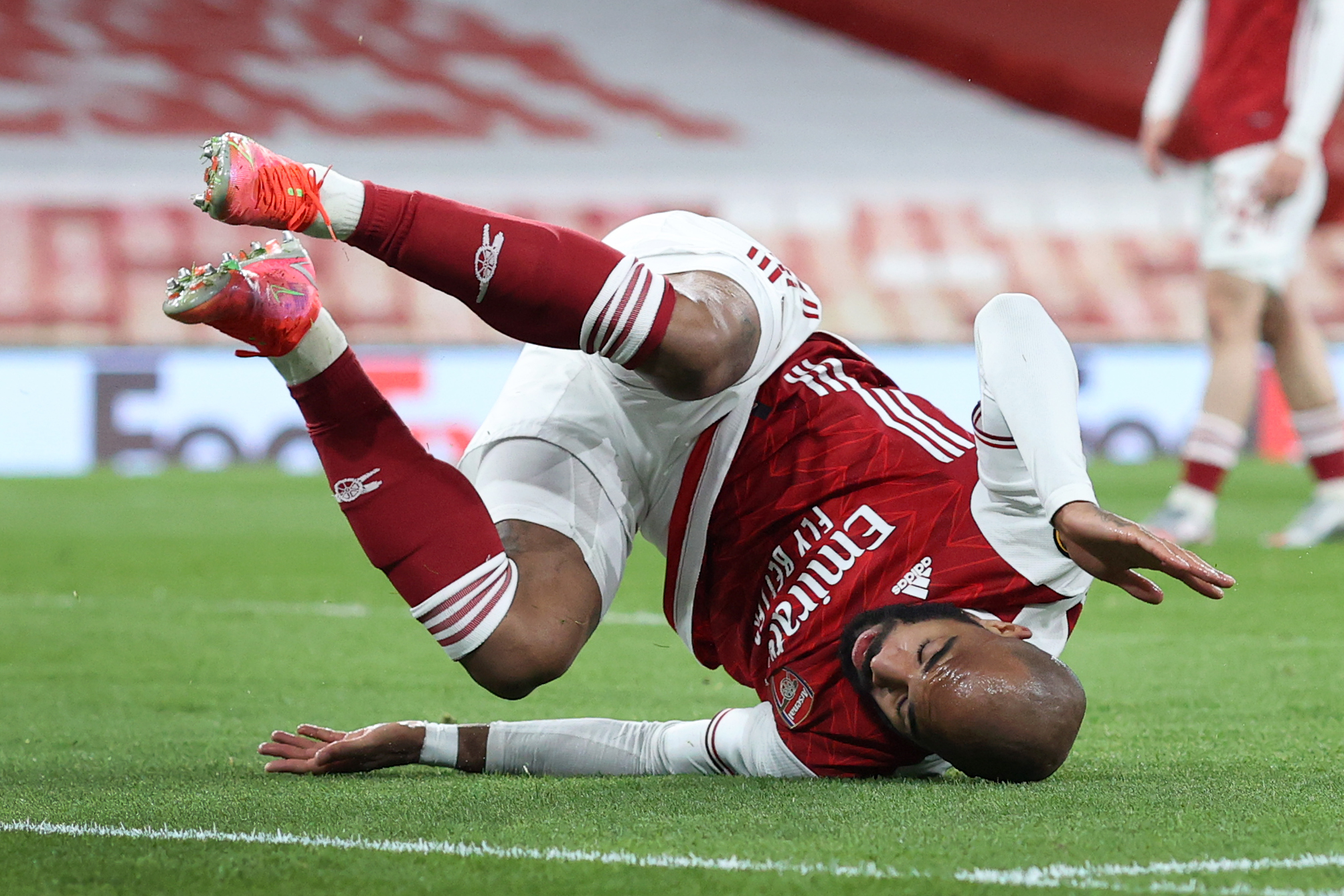 Alex Lacazette's fitness will be a major concern for Mikel Arteta. CREDIT: OFFSIDE

Mat Ryan – 6 – Had little to do and stood no chance of stopping Josh Maja’s powerful penalty. But – and I can’t believe I’m writing this – his flicked header inside the Fulham area was key in Eddie Nketiah’s equaliser.

Hector Bellerin – 3 – Having seen Calum Chambers and Cedric Soares earn more minutes in recent weeks, Bellerin would have hoped for a good performance to stake his claim. But the Spaniard struggled in possession and offered little going forward in a rusty display.

Gabriel - 2.5 - Fulham hardly threatened all afternoon, but the Brazilian’s clumsy challenge in the area very nearly cost Arsenal as individual errors came back to bite Mikel Arteta’s side once again.

Granit Xhaka – 4 – His lack of attacking quality showed as he offered little support for Gabriel Martinelli down the left.

Mohamed Elneny – 2 – Sideways, backwards, sideways, backwards. The Egyptian is far too negative and simply doesn’t have the quality required. Arsenal must find an upgrade this summer as they cannot continue to rely on Elleny.

Dani Ceballos – 5 – An okay performance from the Spaniard who worked hard, and will have been fuming to see VAR chalk his goal off for a marginal offside.

Bukayo Saka – 6 – Looked like Arsenal’s most likely source of a goal all afternoon, but he and his team-mates struggled to break down Fulham’s deep block.

Emile Smith Rowe – 5 – Drifted into some good spaces but failed to break down the wall of Fulham defenders in front of him.

Gabriel Martinelli – 5.5 – Looked a danger throughout with his lively movement in behind the Fulham defence, but it just wouldn’t quite come off for the talented youngster.

Alexandre Lacazette – 4 – The Frenchman will be disappointed to see his good run of goalscoring form come to an end, while the Gunners will be sweating on his fitness with crucial games coming up after he limped off holding his hamstring.

Thomas Partey – 5.5 – Far more positive than Elneny after replacing him in the middle of the park.

Nicolas Pepe – 4 – Failed to make the desired impact off the bench.

Eddie Nketiah – 6.5 – His lack of football in recent weeks showed as he struggled to make a positive impact on the game. That was until his predatory instinct kicked in to turn home the equaliser with just seconds to play.