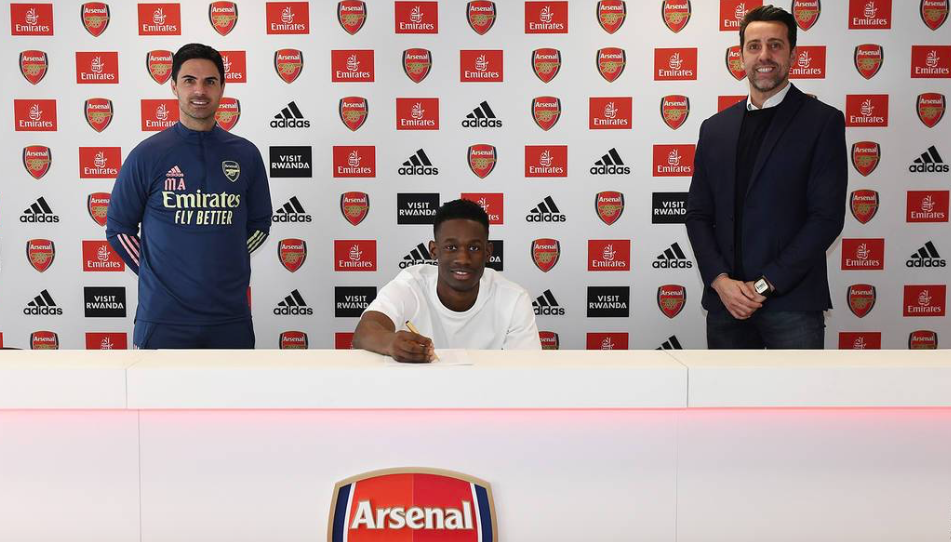 Folarin Balogun has committed his future to Arsenal by signing a new long-term contract with the club.

The 19-year-old striker, signed as a scholar in July 2017 having been at the club since he was nine years old.

The New York-born striker, who has represented the USA and England at youth level, has continued to make an impact in the club's academy, notching eight goals from 18 appearances in the PL2 and EFL Trophy.

Such has been Balogun's development this term, he made his first-team debut and scored his first goals at senior level.

"He has given us glimpses with the performances and of course with his two goals already for the first team. The hard work starts here for Flo and we are all looking forward to supporting and working with him in the years to come.”

Known as Flo among his team-mates, the academy graduate has scored twice from his six first-team appearances this season, with both goals coming in the Europa League group stage, away at Molde and Dundalk.

An Arsenal statement added: "Everyone at the club would like to congratulate Flo on his new contract and we look forward to his continued development."