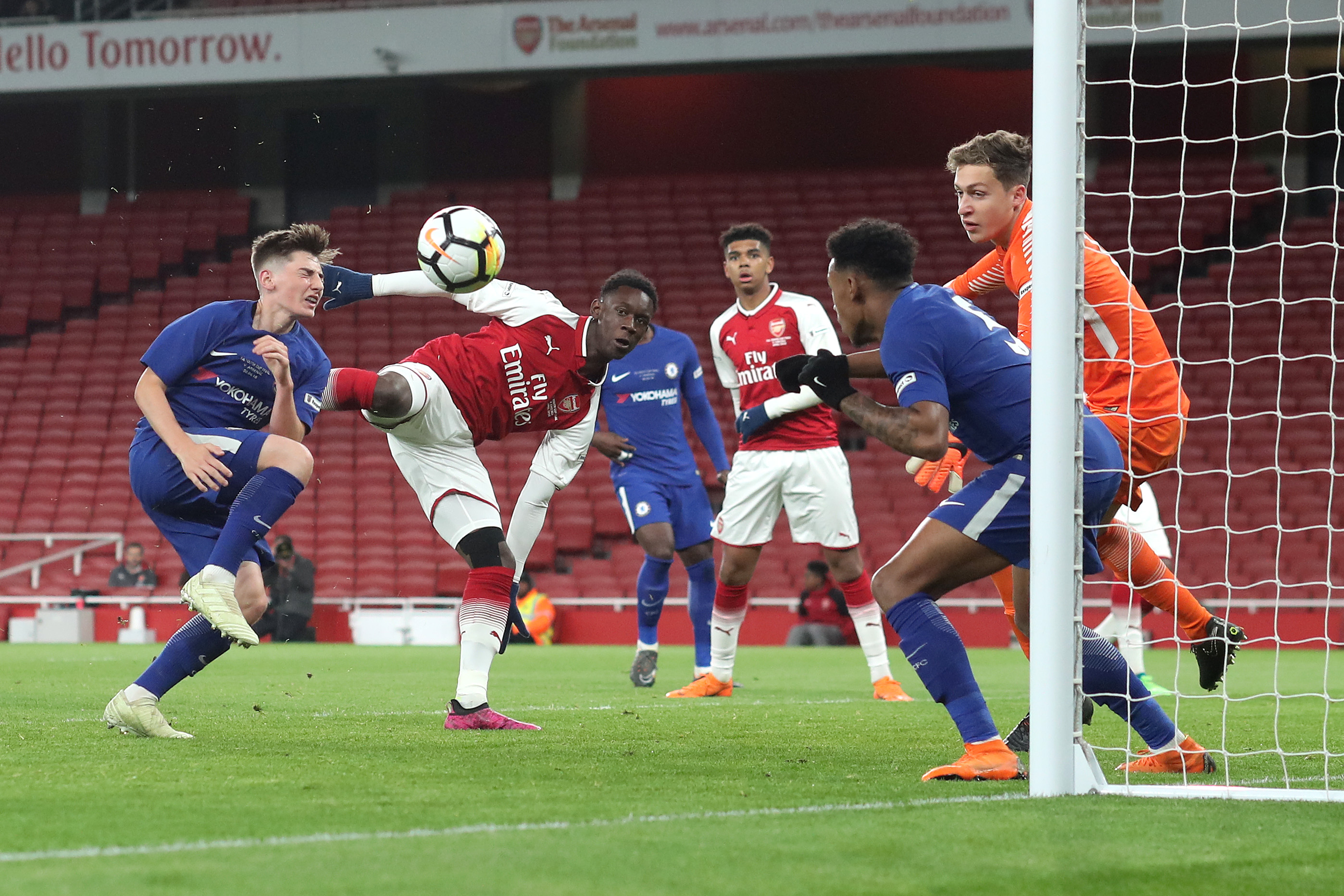 Fol Balogun has revealed he is desperate to make his mark in the Arseenal first team.

The talented 19-year-old striker has put pen to paper a new long-term deal and insists he is aiming to prove himself in Mikel Arteta's squad.

The club revealed his new contract on Monday lunchtime with the precocious teenager speaking to Arsenal Media to share his thoughts.

"I came here at nine,” Balogun said. “I remember being at Hale End and coming into the training ground for the first time and seeing all the older boys training and I was just thinking to myself, ‘These are the same guys you see on TV.’

“From that age, straight away, I just had a drive and ambition to be that guy eventually.

"As time has gone on, I've seen loads of different coaches help me in my career.

"Now I could just see that the work I’ve put in over the years is starting to pay off."

The young striker, signed as a scholar in July 2017 having been at the club since he was nine years old.

The New York-born forward, who has represented the USA and England at youth level, has continued to make an impact in the club's academy, notching eight goals from 18 appearances in the PL2 and EFL Trophy.

Such has been Balogun's development this term, he made his first-team debut and scored his first goals at senior level as he reflected on his progress so far.

“Kwame Ampadu, when I first came here at [under] 18s, he showed me tough love.

"But it was definitely something I needed at the time.

"Even now, Steve Bould he's managed me really well this season, making sure that I took more of a leadership role, which is something I need to learn as well."

Known as Flo among his team-mates, the academy graduate has scored twice from his six first-team appearances this season, with both goals coming in the Europa League group stage, away at Molde and Dundalk - with more to come hopefully from the talented teen.

“My ambitions for next season are to make an impact in the first team," he explained, adding: "I see it as something that I've taken upon myself to be able to go over there and make an impact, not just be one of the numbers.

“I want to be somebody who eventually leads that group, so I would say I have quite driven ambitions. We'll see if I can make them happen.”