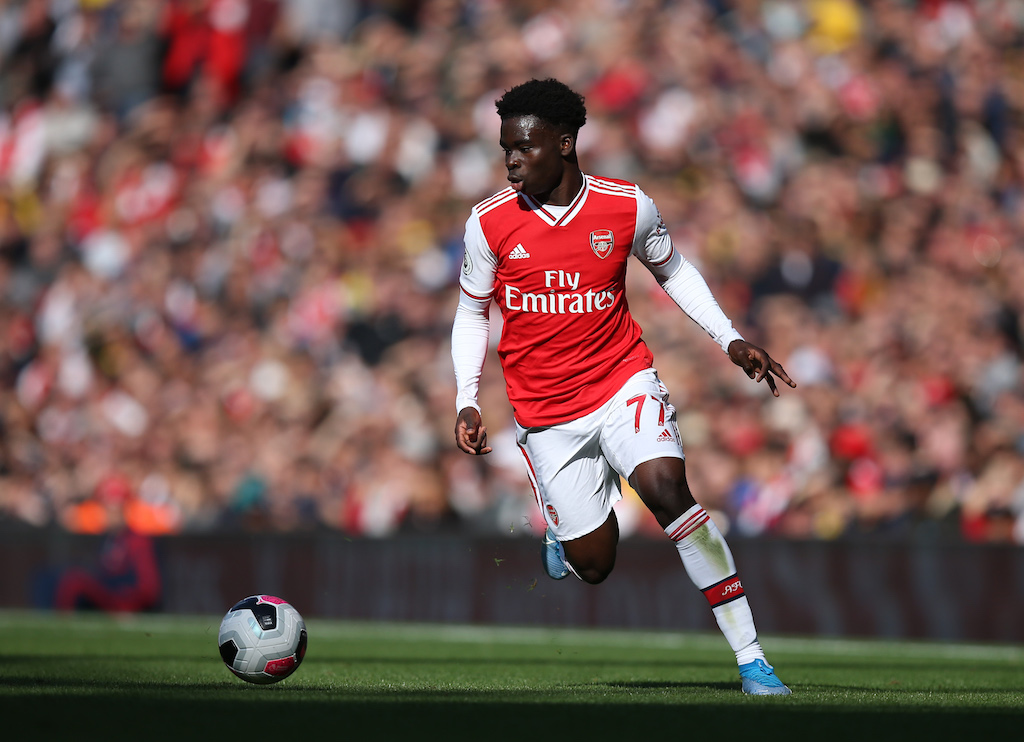 Fol Balogun wants to emulate the impact Bukayo Saka and Emile Smith Rowe have made for Arsenal.

The talented 19-year-old signed a new long-term deal with the club, and admitted he wants to replicate the pair's outstanding progress in Mikel Arteta’s first team.

The club revealed his new contract on Monday lunchtime with the precocious teenager speaking to Arsenal Media to share his thoughts.

“Bukayo and Emile have shown me that if you just stick at something for long enough, eventually it will pay off,” Balogun said.

“I take huge inspiration from them. I thought both of them seemed ready when they were called up each and every time.

"I thought they definitely prepared, not just physically but also mentally, for the challenges. I think that's something I've learned from them."

The young striker, signed as a scholar in July 2017 having been at the club since he was nine years old.

The New York-born forward, who has represented the USA and England at youth level, has continued to make an impact in the club's academy, notching eight goals from 18 appearances in the PL2 and EFL Trophy.

Such has been Balogun's development this term, he made his first-team debut and scored his first goals at senior level.

Reflecting on his progress, Balogun said: “Every time I come over, all the lads are friendly but in particular I would say the strikers' union [have helped me most]. Laca, Auba, Eddie, we all talk, we all get along and laugh.

“They're just continuously trying to give me little tips here and there, things to help me improve my game. That’s good to see.”