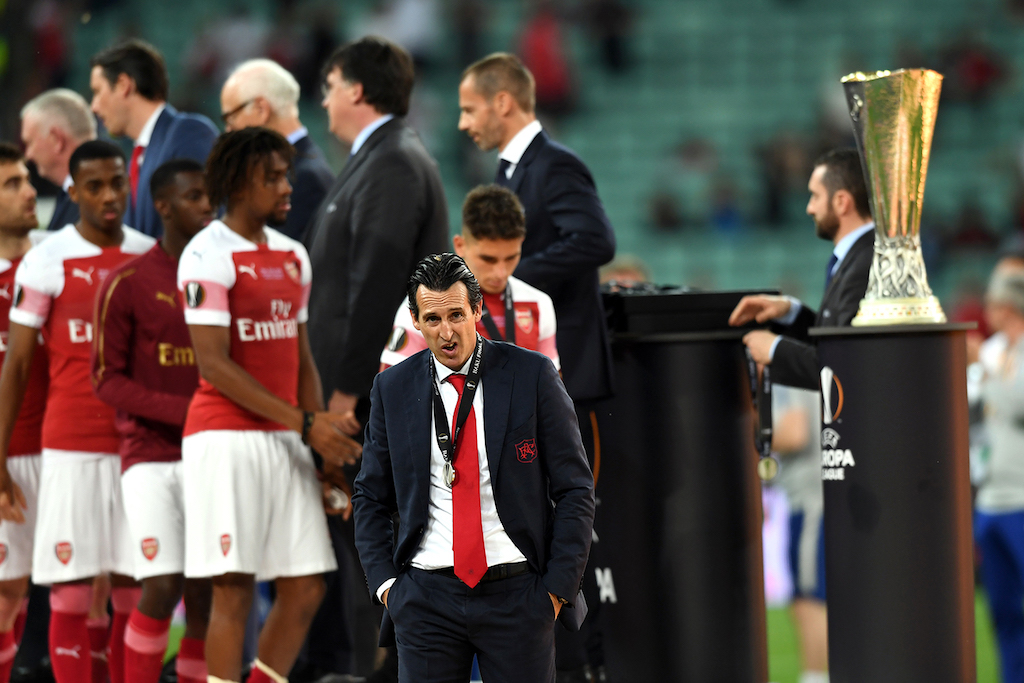 The all-important away goal came with the Gunners 2-0 down and a man down following Dani Ceballos' sending off for indiscipline.

That was before Pepe stepped up and fired home odwn the middle to notch a precious away goal from the spot after Bukayo Saka had been tripped in the box.

It means Mikel Arteta's side go into next Thursday's second leg with real hope of reaching a second Europa League final in three seasons and with the potential of qualifying for next season's Champions League.

Early on Arsenal looked out of their depth when Manu Trigueros fired in an early low drive for the home side before Raul Albiol slammed home at the back post following Gerard Moreno's flick-on from a corner.

Ceballos' red card with 30 minutes left, after a second booking for foolishly standing on the boot of Daniel Parejo, looked to have sealed their fate.

However, Bernd Leno produced two excellnt saves to keep the home side at bay before Pepe had his say.

Former Spurs nonentity Etienne Capoue was shown a second yellow for a late tackle on Saka as both sides gear up for a crucial second leg next week.