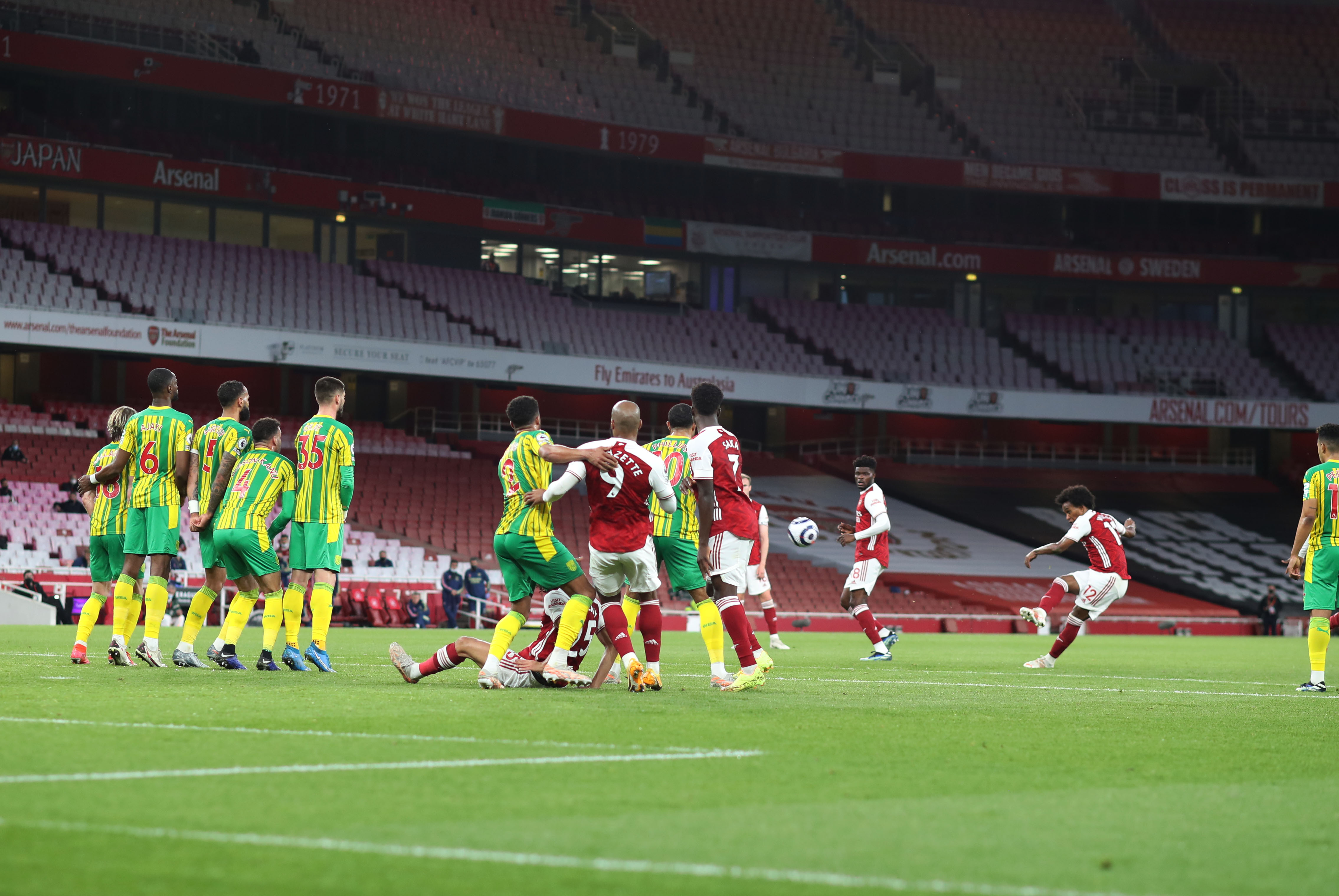 Willian scores his first goal for Arsenal - at the 37th attempt

Arsenal beat West Brom 3-1 at the Emirates to relegate the Baggies and boss Sam Allardyce.

First half goals from Emile Smith Rowe and Pepe put the Gunners in the driving seat before the lively Mattheus Pereira pulled a goal back.

However, Willian finally ended his season-long goal drought to seal victory and condemn Allardyce to relegation for the first time in his career.

After a tough few weeks it was just the game that Leno needed for an hour or so. The German goalkeeper was unchallenged until Pereira’s goal, an unfortunate mark on what was a good performance. Didn’t actually make a save.

The former Southampton man’s inquisitive forward runs were to no avail, but another committed, energetic performance at right-back.

I’ve praised him all year but for good reason. Will be interesting to add Saliba to the defensive mix in the 2021/22 campaign.

Arsenal’s best signing of the season in my opinion but should’ve done more to prevent Pereira’s goal.

Started at left-back in the absence of Granit Xhaka, certainly a few matches too late. It's easy to forget his clear defensive ability and assuredness with his dangerous attacking flair- an extremely impressive all-round performance from a player who will be knocking on Gareth Southgate’s door.

Frequently required the services of his midfield partner Elneny to get him out of some sticky situations. Very shaky defensively.

A typical example of someone happy to do all the defensive work who doesn’t get the credit he deserves.

Blasted the ball a long way over in the early stages, but blasted one into the top corner ten minutes before half time with a beautiful finish!

Capped off a fairly uninspiring display with… a superb, curling and bending free-kick! First goal of the season...

Neat and tidy and scored Arsenal’s opener with a clever finish. Unbelievably his first league goal for Arsenal, but it’s safe to say that he highly deserves it.

Quiet first-half display from the Brazilian when expectations were high amongst Arsenal supporters. Replaced by Lacazette 15 minutes into the second half.

Came close shortly after coming on and arguably had more of an impact than Martinelli.

His substitution meant Saka could play in a more advanced role. Hopefully back to full fitness very soon, something Scotland fans will be praying for.

Isolated in midfield on Thursday night in a costly tactical miscalculation, it’s clear to see that the best is yet to come. We’re seeing glimpses of what the former Atletico midfielder can do, and next season is crucial for him.