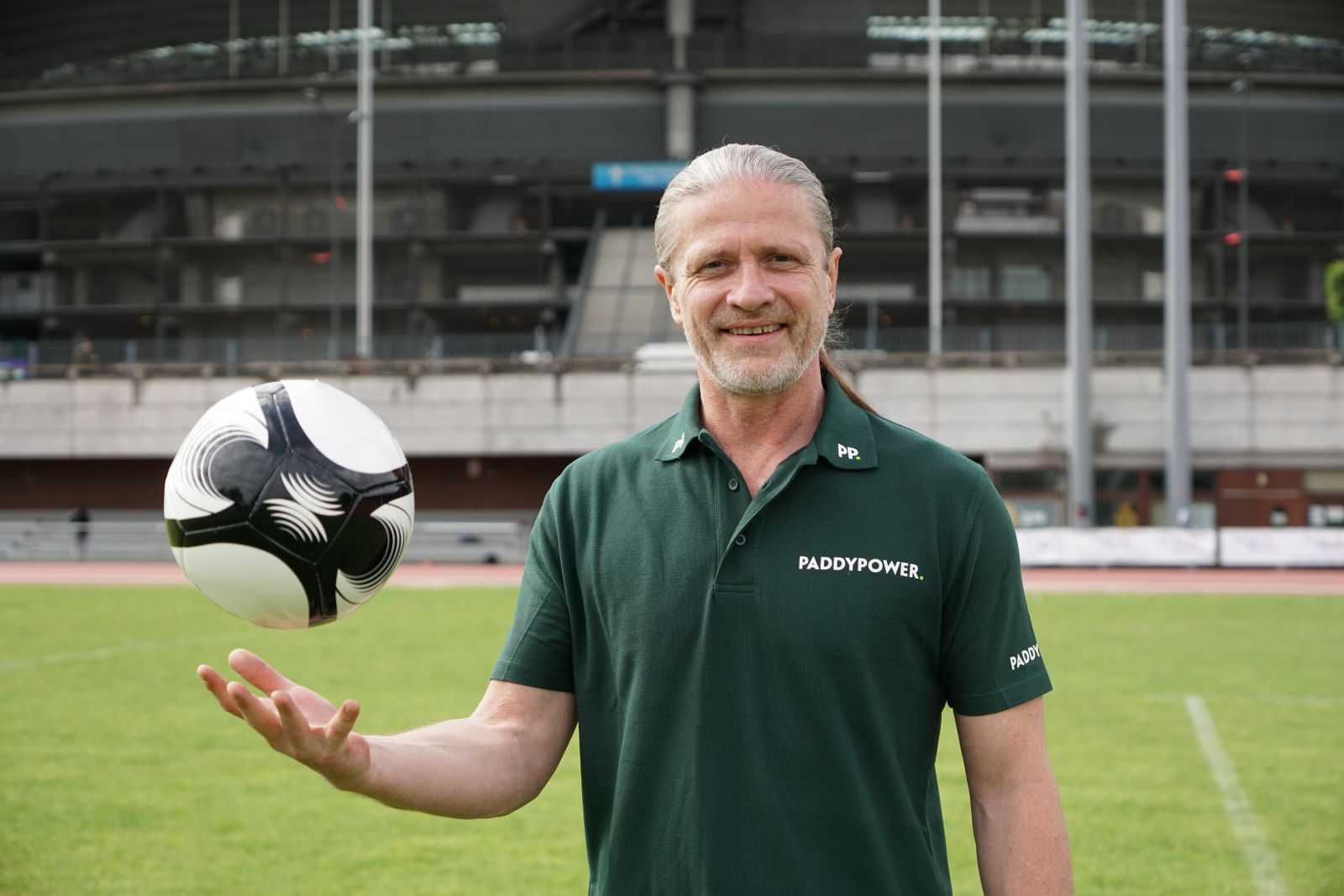 Manu Petit is an Arsenal legend. Read what he says in the Gooner Fanzine. Interview by Ben Welch

Emmanuel Petit is a winner.

From the FA Cup to the World Cup, the Frenchman has wrapped his hands around the smoothly crafted handles of football’s greatest trophies, lifted them aloft and roared with the satisfaction that comes from a hard-fought victory.

When he talks about winning, his hands fly in different directions, his eyes light up, his grin widens.

Get him talking about Arsenal’s 1997-1998 double-winning campaign and his partnership with Patrick Vieira and unbridled love and respect emanates from every word.

Defeat, however, drains his energy. His tone is one of irritation, his hands move to reinforce a point, taught with frustration. The pain of defeat was an emotion he fought to avoid throughout his 16-year playing career.

This visceral reaction is brought on by the state of Arsenal in 2021. “I don't recognise this club anymore,” he tells The Gooner. “They are at the end of the street.”

He puts his hand on his chest and leans forward as we chat over a Zoom call. “Please, please stop making mistakes in the transfer market,” he says, hoping his message will reach the club’s technical director, Edu.

“The profile of some of our current players is all wrong. Please please, please stop, this is my only request.”

Arsenal’s recruitment in recent years has been disastrous, making staggering losses and overpaying for players who have failed to deliver.

For all the criticism of owner Stan Kroneke, he did authorise the £72 million purchase of Nicolas Pepe and £45 million acquisition of Thomas Partey. So far, both players have only managed to impress in short spells.

There have been a few successes - Kieran Tierney and Gabriel Martinelli - but they are heavily outweighed by the failures of Matteo Guendouzi, Lucas Torreira, William Saliba, Alex Runarsson, Sead Kolasinac and Willian.

For Petit, the issue is not talent, but mindset. He believes the club needs to start recruiting some good old fashioned bastards. “Arsenal need to renew the contact with their blood, with their history,” he says, speaking at the launch of the Paddy Park at Flat Iron Square, London.

In his first full season in north London, Arsene Wenger equipped his squad for a title charge by acquiring Marc Overmars from Ajax and the Monaco trio of Petit, Christopher Wreh and Gilles Grimandi.

Wresting the Premier League trophy from Manchester United seemed unlikely at Christmas, but a run of 45 points from a possible 51 between December 26, 1997 and May 3, 1998 secured their maiden Premier League title, and their first top-flight crown since 1991.

It was a team that enjoyed artistry and aggression in equal measure.

“We used to take so much pleasure on the pitch and I don't believe they have that feeling of pleasure anymore because they don't play the football they should,” says Petit.

“We need to get proper players out wide that can make a difference - that have the personality and character to take on one, two, three defenders.

“We need personality in midfield and defence. We miss characters like Tony Adams.” But there is a glimmer of hope. Hope in the form of Hale End’s brightest graduates: Bukayo Saka and Emile Smith-Rowe.

The rising stars played with courage and composure during a turgid season that saw Arsenal miss out on European qualification for the first time in 26 years after they finished eighth in the Premier League.

Saka won Arsenal’s Player of the Year, claiming 51 per cent of the votes cast by fans.

Petit is an admirer. “For the last two seasons he has been one of the best players,” says the World Cup winner. “He’s got a bright future in front of him.

“Smith-Rowe has also been very good, but he needs to improve a lot, adding more goals and assists to his game.”

While the Euro 2000 winner is encouraged to see Arsenal giving young prospects a chance, he feels the club are jeopardizing Saka’s development by relying too heavily on the teenager.

“Saka is too young to carry the team on his shoulders,” he said. “It should be somebody else, he should keep on learning and improving so he can become one of the most important players in the Premier League.

“He has the quality, but giving him the responsibility of the team is very dangerous. He needs to be surrounded by experienced players, not just the ones that are living a dream being in Arsenal’s dressing room.”

As football prepares for the return of fans next season following a campaign played behind closed doors to combat the Covid pandemic, Petit has urged Arsenal’s owners - whoever that ends up being - to invest in the team and give the likes of Saka the support they need.

“After what happened with the European Super League and the frustration of the fans, I don't care if it’s Daniel Ek, the owner of Spotify or still the same owners, they have the money and they need to spend it carefully,” says Petit.

“Please don't throw the money out of the window. We all know what Arsenal is missing. So for the first time, can you do it properly without making any more mistakes?” Here’s hoping.

Emmanuel Petit was speaking at the launch of the Paddy Parks, the ultimate fan viewing experience for all EURO 2020 games. Held at Flat Iron Square and Riverside Newcastle, tickets will sell out fast – visit www.paddyparkfanzones.com to book your spot.

Arsenal book launch: Get set for Paul Davis at the Tollington - find out more