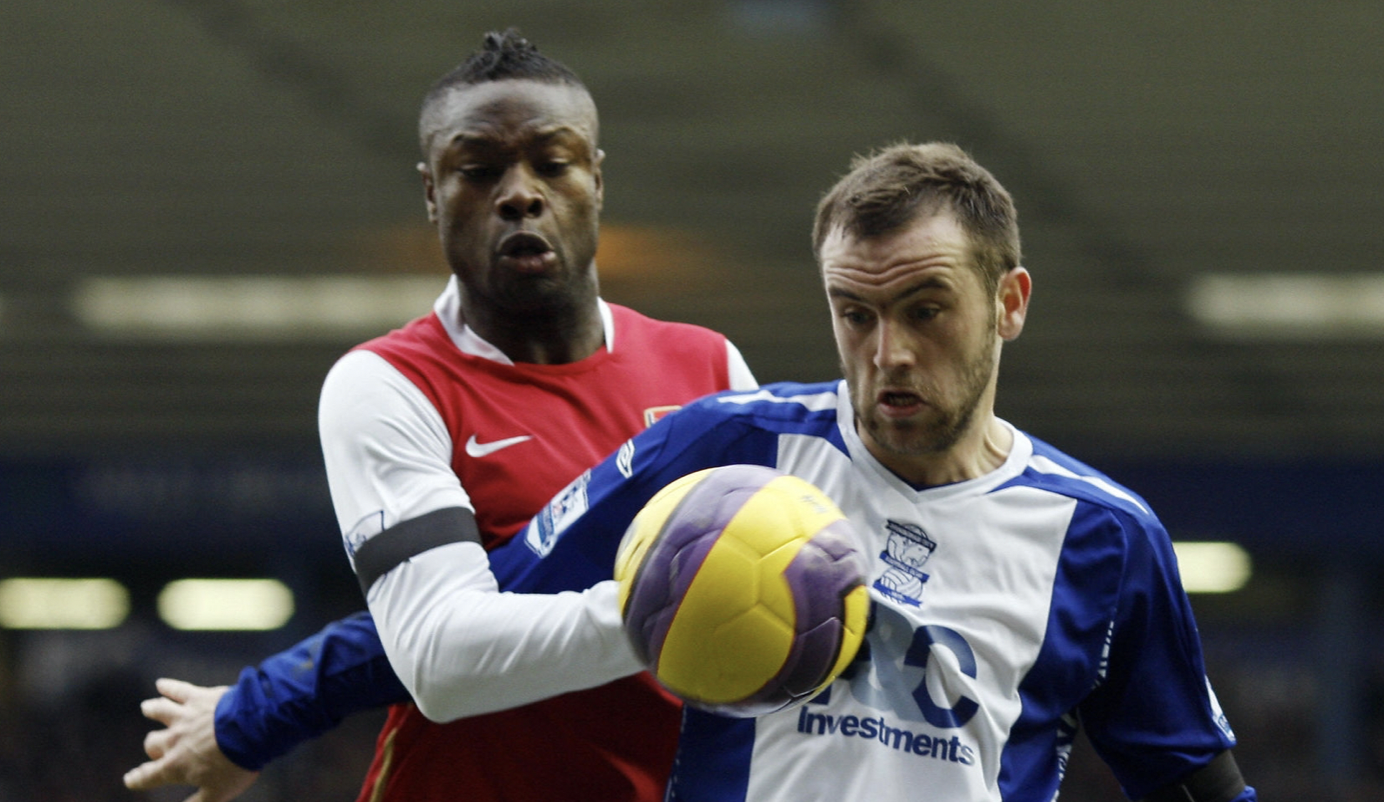 It’s clearly silly season (more commonly known as the summer transfer window) where Arsenal are being linked to a myriad of players on an almost daily basis.

Chelsea's Tammy Abraham's was rumoured to be the latest, before he joined Roma recently.

It made me think, because Arsenal buying Chelsea cast offs has tended to leave a bitter taste in the mouth in recent times.

Whilst the signings of Petr Cech, David Luiz and Willian have certainly raised eyebrows over the last few seasons, we need to go back to the summer of 2006 to trace the starting point of these underwhelming transfers.

After courting the attentions of Chelsea for several months, Ashley Cole engineered his move from North to West London with William Gallas moving in the opposite direction.

I liked Gallas as a player, a decent centre back with an eye for goal and initially his performances were encouraging.

As not only a paid up member of the Dennis Bergkamp fan club but also chairman and lifetime President too, I did not enjoy the fact that he was given the number 10 shirt.

However, my indignation at that gesture was usurped by his sit down protest at St Andrews as we dropped two vital points to Birmingham City in what to my mind was the last season that we made a genuine challenge for the Title (2007/08).

After that he become much more troublesome and ended up moving across the North London divide just in case we did not dislike him enough already.

Lassana Diarra – Diarra made a surprise move to Arsenal on transfer deadline day in August 2007. He had looked a decent player at Stamford Bridge yet was hardly used in N5 and left for Portsmouth in January 2008.

More recently Cech signed for the club in 2015 infamously the only signing that summer. He had a stellar spell at Chelsea yet clearly arrived at The Gunners in the September of his career.

Despite starting with a clean sheet and a trophy over his former employers in the Community Shield, I think he is harshly judged on his time at the club. He had some incredible games yet high profiles mistakes on his debut in a home defeat to West Ham United plus a lack of ability to play out with his feet set the tone for a much criticised stay in N5.

He won the Golden Glove in his debut season as we finished second to Leicester City and was part of the F A Cup winning squad (albeit as a non playing substitute) the following campaign.

He also was virtually the only player to emerge with credit from the shambolic Europa League Final in 2019. He may have conceded four times yet he made some remarkable saves to keep the final scoreline down to something approaching a modicum of respectability.

Admittedly no farewell message to the fans once he left the club did not go down well with the Arsenal masses and given that he has now back at Chelsea it’s almost as if his sojourn to N5 has been air brushed from the records books.

David Luiz – when Laurent Koscieleny brokered a move away from the club in the summer of 2019 a new centre back became a must have and as soon as we were linked with Luiz my heart sank. From the outside he had always seemed good on the ball and relatively comfortable in a back three however he possessed an unwelcome ‘ability’ to make monumental mistakes. Still he had also been part of several Title winning sides including two in West London so at the very least his signing brought a wealth of experience.

Coming into the club post the Europa League Final humbling (ironically his last game for Chelsea) was never going to be plain sailing as Unai Emery gradually lost the dressing room as well as the fans support.

However, it still does not excuse Luiz’s rashness. Even after Mikel Arteta joined and had cited Luiz as someone he hugely admired, our extravagantly coiffured centre back made errors leading to red card and penalties. Indeed Luiz set a record for the highest number of penalties conceded by a single player in Premier League history (5) in the 2019-20 campaign.

It was not all bad, he was excellent in both the F A Cup Semi Final and F A Cup Final victories in 2020.

It was almost as if someone had programmed him to be near faultless in both games yet they were the exception rather than the rule. What also left a nasty taste in the mouth was the farewell Arsenal gave him (largely via social media) when he announced he was leaving after 2 seasons.

Here was a player who had joined us as a 32 year old with clearly his best days behind him being lionised as he was the next Tony Adams!

Willian – I have to say I was not keen on this one from the start. He did have a good campaign for Chelsea in 2019-20 and they had offered him a 2 year deal despite him being 32.

Yet once we offered him 3 years, with his former teammate and fellow business owner Luiz already in situ it always looked likely we would sign the Brazilian.

On paper this should have been (at least for the first two seasons) a no risk signing as he would surely simply carry on with the form he had consistently shown for eight years at Stamford Bridge.

His debut at Fulham, where he set up 2 goals proved a false dawn. Worse still he was constantly chosen ahead of Pepe who had proved towards the end of the previous season he was finding his true form culminating in a fantastic display in the F A Cup Final win over Chelsea.

As a consequence, Pepe’s confidence dipped and his form suffered whilst the man regularly picked ahead of him looked a shadow of the player he had seemed in West London.

He finally broke his Arsenal scoring duck at home to West Bromich Albion as he added the third in a 3-1 win in May.

One of the club’s biggest challenges this summer is going to be trying to offload the Brazilian. One of the others is to resist any overtures from Chelsea players past their prime or simply not good enough to don the famous red and white.