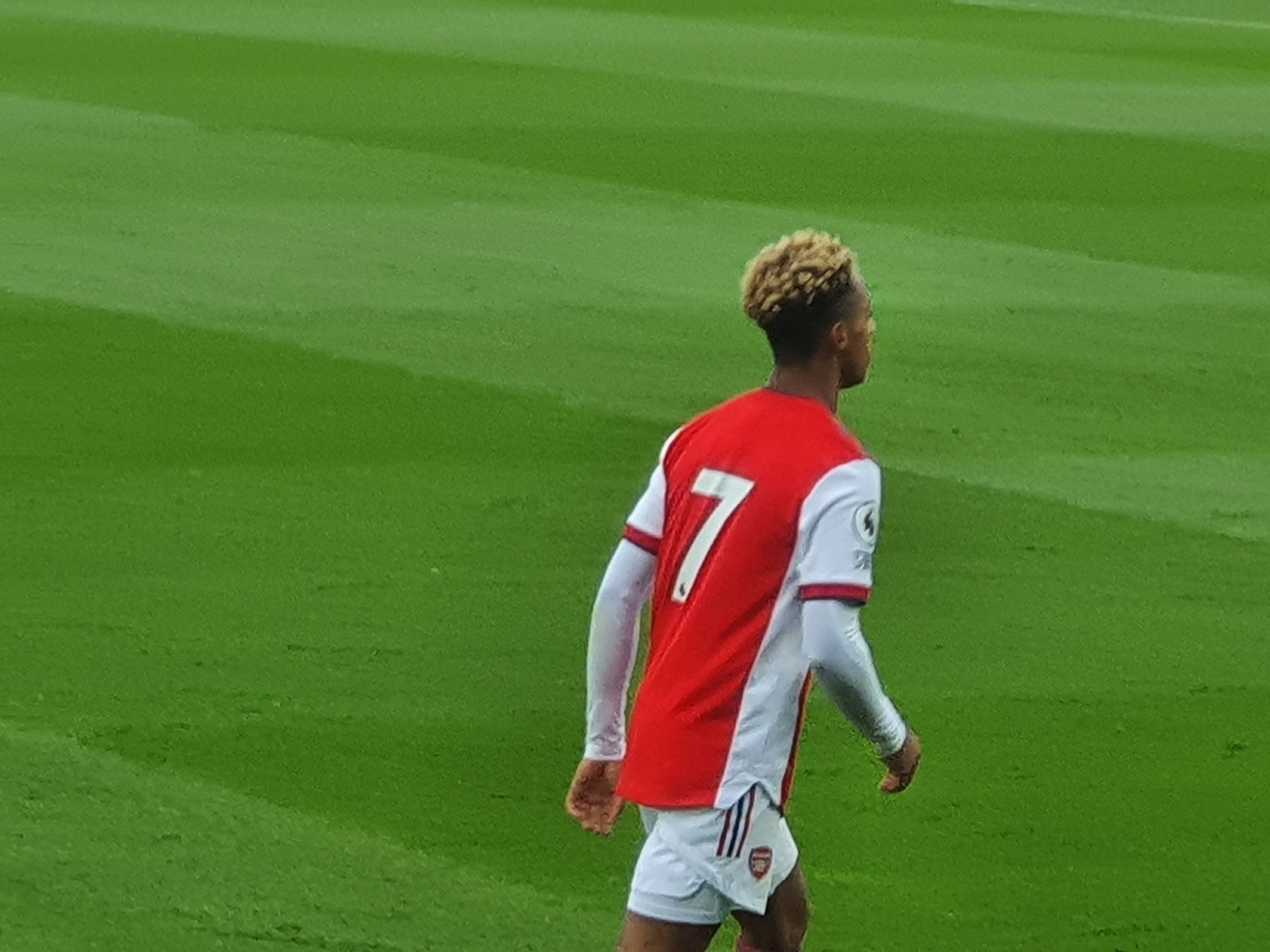 Two early goals from the impressive Omari Hutchinson gave the young guns an early lead before Jack Roles pulled a goal back to make it 2-1.

The bustling Mika Biereth made it 3-1 before the interval before the young Eagles had Scott Banks send off for two yellow cards.

Nya Kirby pulled a goal back for Palace late in the second half with a piledriver. Arsenal’s Migeul Azeez missed a penalty with moments left but Zak Swanson made it 4-2 at the deaeth.

1: Hubert Graczyk: 7 - A smart save low down in the first half but work to be done on handling after a second half spill, even if he showed excellent reflexes and bravery in gathering at the second take

2: Brooke Norton-Cuffy: 6 - Eager but needs to work on positioning and first touch. Replaced at the interval by Zane Monlouis

5: Omar Rekik: 7.5 - Put in a shift defensively but also comfortable playing the ball out with the minimum of fuss

6: Alex Kirk: 7.5 - A solid presence in the Gunners backline from the Hitchin youngster

7: Omari Hutchinson: 9 - Two early goals showcasing his talents, the first a driving run that beat the backpedalling Palace defence all ends up before calmly slotting home. The second displaying quick feet and an attacker deadly instinct. Replaced at the break against ten man Palace witgh nothing left to prove this evening

8: Charlie Patino: 8 - Quite simply a class act. Possesses talent, temperament, technique, creativity and vision, which allied with a steely side to supplement his style means he is a genuine first team prospect

9: Mika Biereth: 8 - A busy performance from the young guns bustling No9. Excellent hold-up play while happy to play with his back towards goal. Earned his goal after working space in a crowded box before firing home. Dovetailed well with fellow attacker Azeez

10: Miguel Azeez: 7 - Showed glimpses of flair when attempting to break down the Palace defence by spraying balls to well-placed colleagues. Impressive driving runs, but perhaps not as influential as he would have liked to have been and late penalty miss frustrated

11: Kido Taylor-Hart: 7 - Couldn’t influence the game as much as he would have liked but wasn’t for lack of effort

Joel Ideho: 7 - On for Hutchinson at the break. Raw but lively

Zane Monlouis: 7 - Swapped with Norton-Cuffy during the interval

Nathan Butler-Oyedeji: N/A - On late for for Taylor-Hart