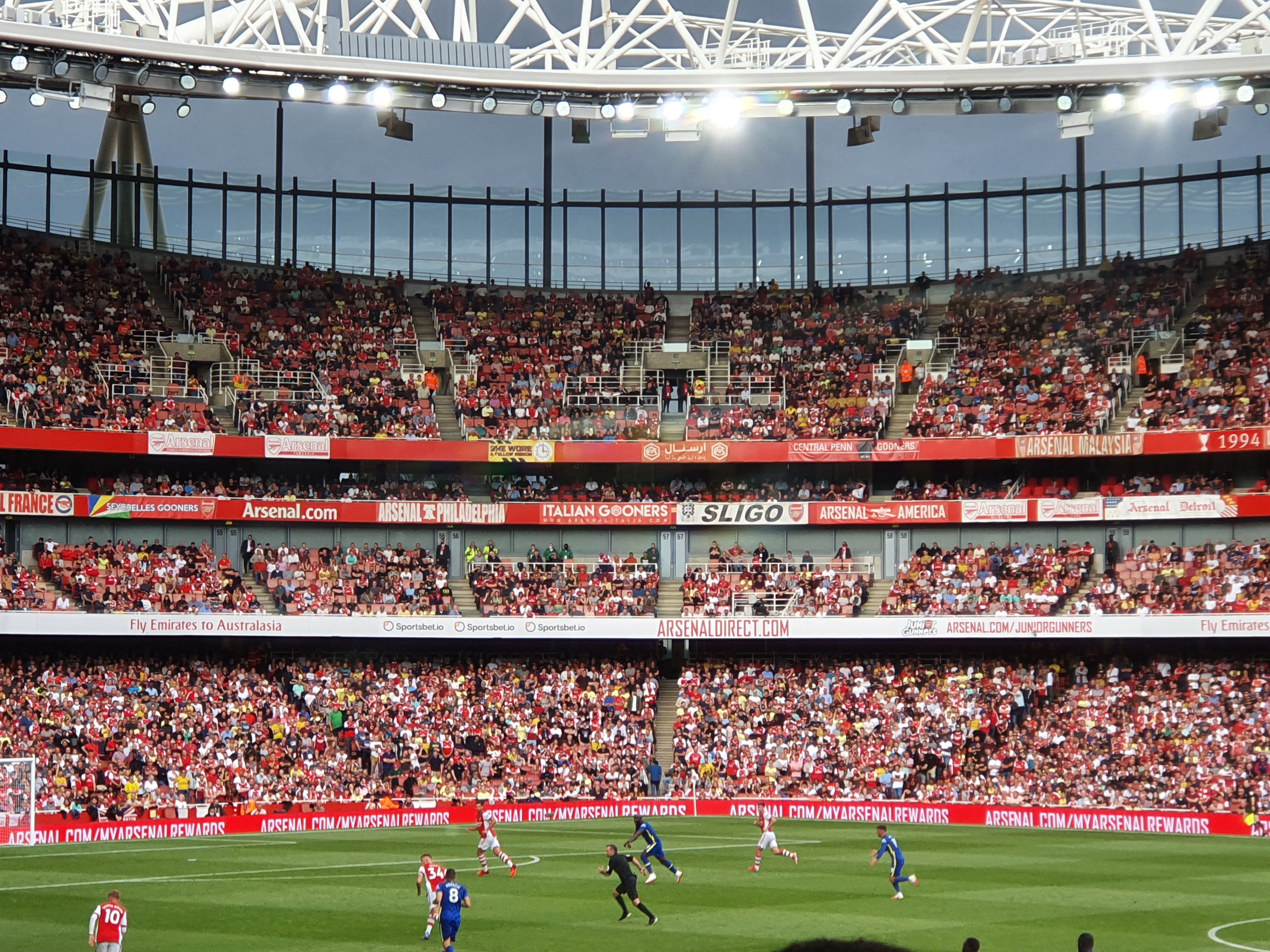 Loyal Gooner Lowell Hornby plans at attend every single Arsenal Premier League match this season - read his take after every match online and in print at the Gooner Fanzine. CREDIT @laythy29

Lowell Hornby is a loyal Arsenal supporter who plans to attend every Gunners league game home and away this season - and to write about it for the Gooner Fanzine online and in print.

Lowell will be sharing his views on the match and his experiences. You can also follow him on Twitter @weststandlowell

But first, here's his take following a disappointing afternoon in N5 after Arsenal lost 2-0 to Chelsea to make it two defeats in two against London rivals.

What else did we expect?

Blind optimism and hope gets you nowhere, ever. First game back for 533 days and we’re greeted with a thumping. Four hours there and back for this.

Makes me really look forward to the five and a half hour Journey to Manchester (from Dorset) next weekend.

Weak. The only word to describe what I’ve just witnessed.

Romelu Lukaku bullied our CB pairing, whilst Granit Xhaka and Sambi Lokonga were played out of the game by the completely dominant Chelsea midfield.

Emile Smith Rowe and Bukayo Saka were the only bright sparks again.

What is there to be done with this team? The Emirates crowd seem to feel the same, with (as predicted last week) the animosity surrounding the club and towards Arteta now more prevalent than ever…

Believe it or not, I wrote that paragraph before the game. Seriously. I was hoping that I might be sitting here on the train back to Dorset writing “Well how wrong was I?”. Inevitably, I wasn’t. It was a thumping. The only positive being that we didn’t cave in completely having gone two goals down.

The only thing I was arguably wrong about was Smith Rowe and Saka being the only bright sparks - as today even the astoundingly mature and brilliant teenager Saka was not up to it, despite the again deafeningly loud reception he received from the Arsenal faithful.

Smith Rowe had moments, as did Lokonga - but the 2-0 scoreline really flattered us today. We were outplayed, everywhere.

The word “weak”, as predicted, is still the only word I can use to describe our performance today. Lukaku had the - albeit makeshift - back four on toast, pinning Pablo Mari every time he got the chance.

Kai Havertz and Mason Mount reaped their usual havoc as their devious movement allowed both Reece James and Marcos Alonso to slide in behind the defence unnoticed.

Textbook Arsenal - and as of late that textbook merely reads “Not good enough”.

The atmosphere pre-match, and for the first 15 minutes, was much better than I expected it to be.

I think fans realised that to get any result they would have to be loud, and behind their side. The negativity of the previous week was ignored, with fans willing to aid Arteta and his side in their, in the end feeble, attempts to beat the Champions League winners.

Again though, as was the case in Hounslow, the atmosphere turned after the first goal. A man in the row in front of me, I must admit with accuracy, screamed “MARI WATCHING YOU PLAY IS PAINFUL!”.

As the second goal went in - with familiar ease, which Bacary Sagna beautifully summed up post match as he said to Emmanuel Petit “When I watch them, I just know they’re going to concede a stupid goal” - the sound of the padded Emirates seats flipping up filled the ground.

Most had seen enough, and a drink at half time was a necessity for the again tangible misery amongst the fans.

Those that remained, though, made sure that their anger was felt as boos rang round the ground when the moment Paul Tierney put his mouth to the whistle to end the pain of that first half.

The second half - given the state of this current side - was pleasantly surprising; a goalless half in which we had one good chance as opposed to the zero that we managed to create in the first.

I think it was clear in the Emirates today, after the novelty of the first full capacity match had worn off, that the already precarious position of Mikel Arteta is unsustainable.

The anger among fans, the dismal performances, and the baffling lack of plan when watching the team week in week out is the worst I’ve seen in my life.

The exasperation towards the end of Arsene Wenger was bad, the annoyance as Unai Emery’s reign came to an end was understandable and widespread, but the rage and misery as, seemingly, Mikel Arteta’s tenure crashes and burns is like nothing I’ve seen.

A friend who sits next to us and has been going with my Dad since the late 70s even exclaimed that this was the worst that he’d seen. Especially with the increasing influence of social media, the animosity amongst the Arsenal fans is more prevalent than it ever has been.

As the inevitability of being bottom of the league on zero points, potentially having not scored, comes ever nearer - KSE must be thinking that the man they’ve just spent £129m to support must go, and soon.

Game two of thirty-eight and the regret I felt after our 2-0 defeat last week has only increased, especially with the near on eight hour round trip from holidaying in Dorset which I had to endure in order to attend today’s game.

I’ve seen Arsenal not score and lose in their opening two games for the first time in their history, and in today’s game witnessed Arteta (in 20 months) overtake Wenger’s home losses in the last six years of his managerial career.

Our club just falls further and further, and it’s hard to see the end of this steep drop. We’ve failed to score in 11 of our last 20 home games. That’s more than half.

Anyway, you know how bad it was. I can’t bring myself to depress myself anymore by writing about what was another damning defeat for Mikel Arteta’s Arsenal.

Five hours up to Manchester from Dorset next Saturday to play the Champions, see you then Gunners.