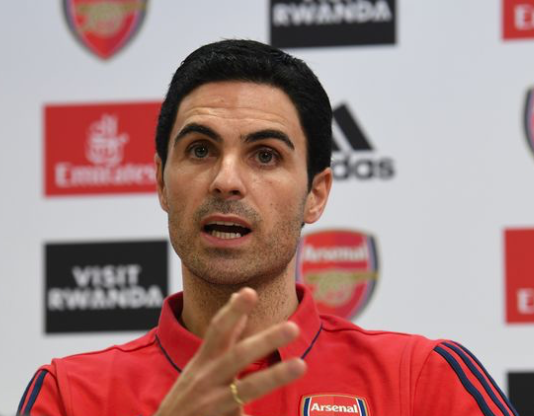 Arsenal completed their summer transfer business with a late move for central defender, Takehiro Tomiyasu. The Japanese international has joined The Gunners for £16.7 million from Italian club, Bologna. Tomiyasu is one of six signings made by Mikel Arteta ahead of the 2021/22 campaign and the Spaniard already appears to have his work cut out having lost each of their 3 fixtures prior to the first international break.

Considering the fact Arsenal have made such a slow start, are the signings made by Arteta looking more towards the future of the club rather than the present?

One glance at the age of the players added to the Arsenal squad by Arteta this season shows Ben White and Aaron Ramsdale as the oldest and they are both 23 years of age. Ramsdale arrived at the Emirates Stadium from Sheffield United for a fee of £25 million and that appears expensive considering the club already have Bernd Leno as number one. However, Arteta is looking to create competition for places at Arsenal. Even if Ramsdale does not feature heavily for the club this season, the Englishman could push Leno to improve his performances and thus benefit the team as a whole. Ramsdale could then become the number one for Arsenal next season.

White was the most expensive signing for Arsenal this summer, costing £52 million from Brighton. There is no doubt White has the quality to perform at the highest level and will be a good signing for the club. The England international has his best years ahead of him and will be keen to establish himself as the leader of the Arsenal defence this season and beyond. White has the ability to bring the ball out from the back and start attacks for his team and that is sure to be a key feature of Arsenal in the future.

Albert Sambi Lokonga joined Arsenal from Anderlecht in Belgium for £15 million and has performed will in early games of the 2021/22 Premier League season. Arteta may not have wanted to throw the central midfielder into the action so early but injury, illness, and Covid problems forced his hand and Lokonga has not looked out of place in the Premier League. Martin Ødegaard returns to the Emirates Stadium but this time on a permanent deal and will be looking to showcase his talent in the English topflight this season. Nuno Tavares is aiming to become the first choice left-back ahead of Kieran Tierney but that is going to be a tough ask.

The group of players brought in by Arteta are not big names and will not make an immediate impact in terms of Arsenal competing for trophies. They may develop over time as a group and improve to lead Arsenal to greater things in the future. However, Arteta has taken a gamble, something you can do yourself at Platin Casino, but will the former midfielder be given the time to see his project through? You can return and play casino games as often as you like and have fun but Arteta has just one crack at the Arsenal job and he has taken a big risk with his signings.