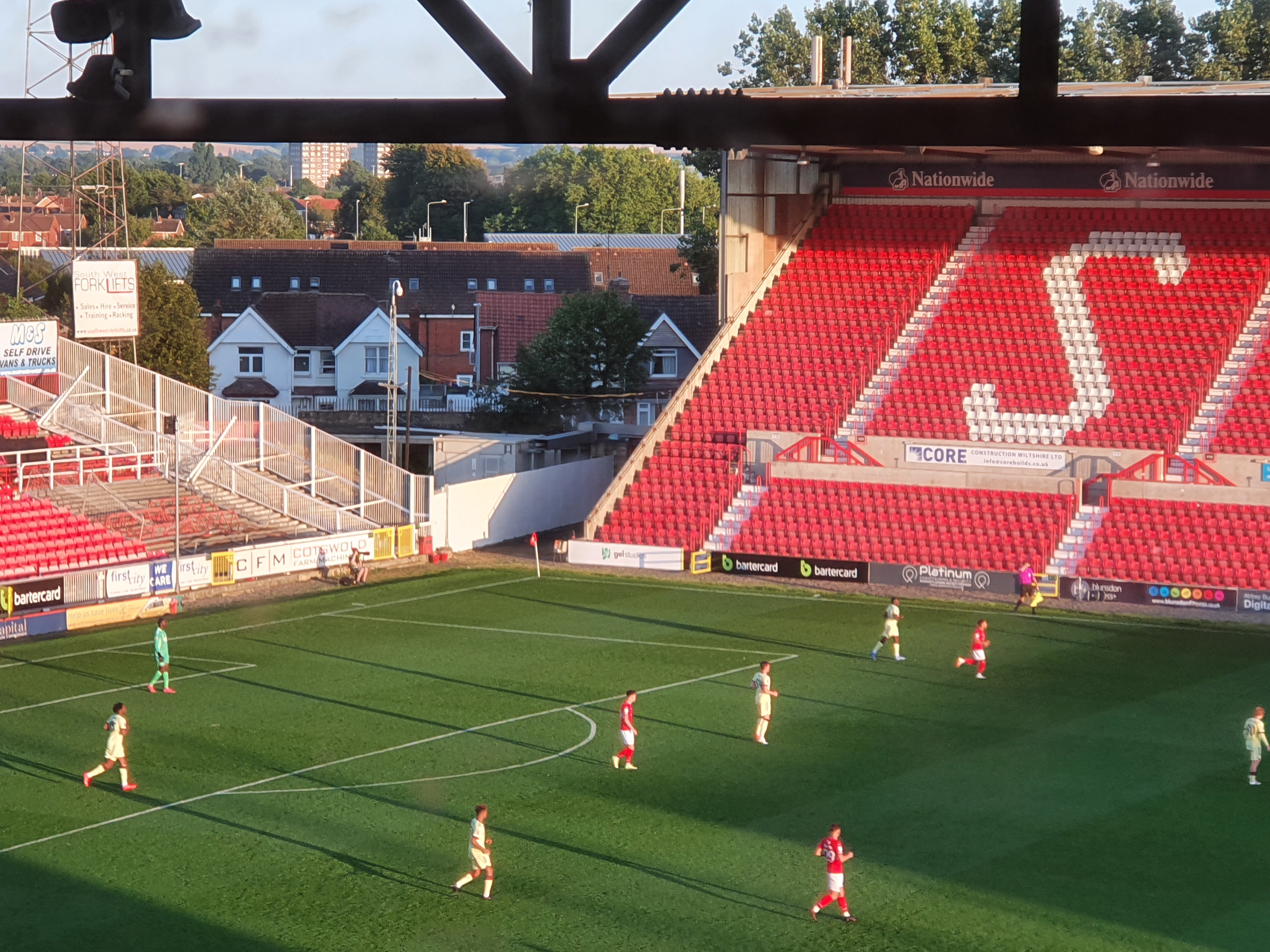 A first half strike by former Crystal Palace youth Mohammad Dabre was equalised by an excellent goal from the yougn guns Joel Ideho before the break.

However substiture Dion Conroy grabbed the winner in the 69th minute for the Robins to send the visitors to defeat in their first match of the Papa John's Trophy ground stages.

Read on for the Gooner Fanzine's PLAYER RATINGS from Swindon

Ovie Ejeheri: 6.5/10 Displayed notable athleticism and anticipation not to mention plenty of shotstopping abilities, but perhaps needs to work on his handling and distribution

Zane Monlouis: 6/10 - Will be better for the experience

Alex Kirk: 7/10 - A solid performance from the young centre-back from Hitchin

Mazeed Ogungbo: 7/10 - Invariably assured when looking to play out from the back, even in tight spaces. An intelligent presence along the backline

Joel Lopez: 7/10 - Bolstered the defence with a stout display. Not afraid to push forward down the flanks when required

Charlie Patino: 8/10 - A cultured left foot to go with his vision and creativity, which allied with his tenacity and outstanding attitude mark him out as a genuine first team prospect. With AFC Wimbledon at the Emirates in two weeks expect to see him make his debut under Mikel Arteta

Revell Walters: 6.5/10 - Lively at times but failed to grab hold of the game the way his talent suggests he can do

Jake Henry-Francis: 6/10 - Not as influential as he would have liked to have been. Replaced by M’Hand during the break

Kido Taylor-Hart: 6/10 - Victim of an agricultural challenge or two but refused to be deterred even if he needs to work on his dead ball distribution

Mika Biereth: 7 - A bustling performance up front. Ploughed a lone farrow when leading the line, excellent at shielding the ball and playing with his back to goal. Never let the Swindon backline settle despite not having as much of the ball as he would have liked

Joel Ideho: 7.5/10 - Showed wonderful quick feet, an excellent technique and attacking flair when grabbing the young guns equaliser with a low strike from the edge of the box that gave Robins keeper Lewis Ward no chance