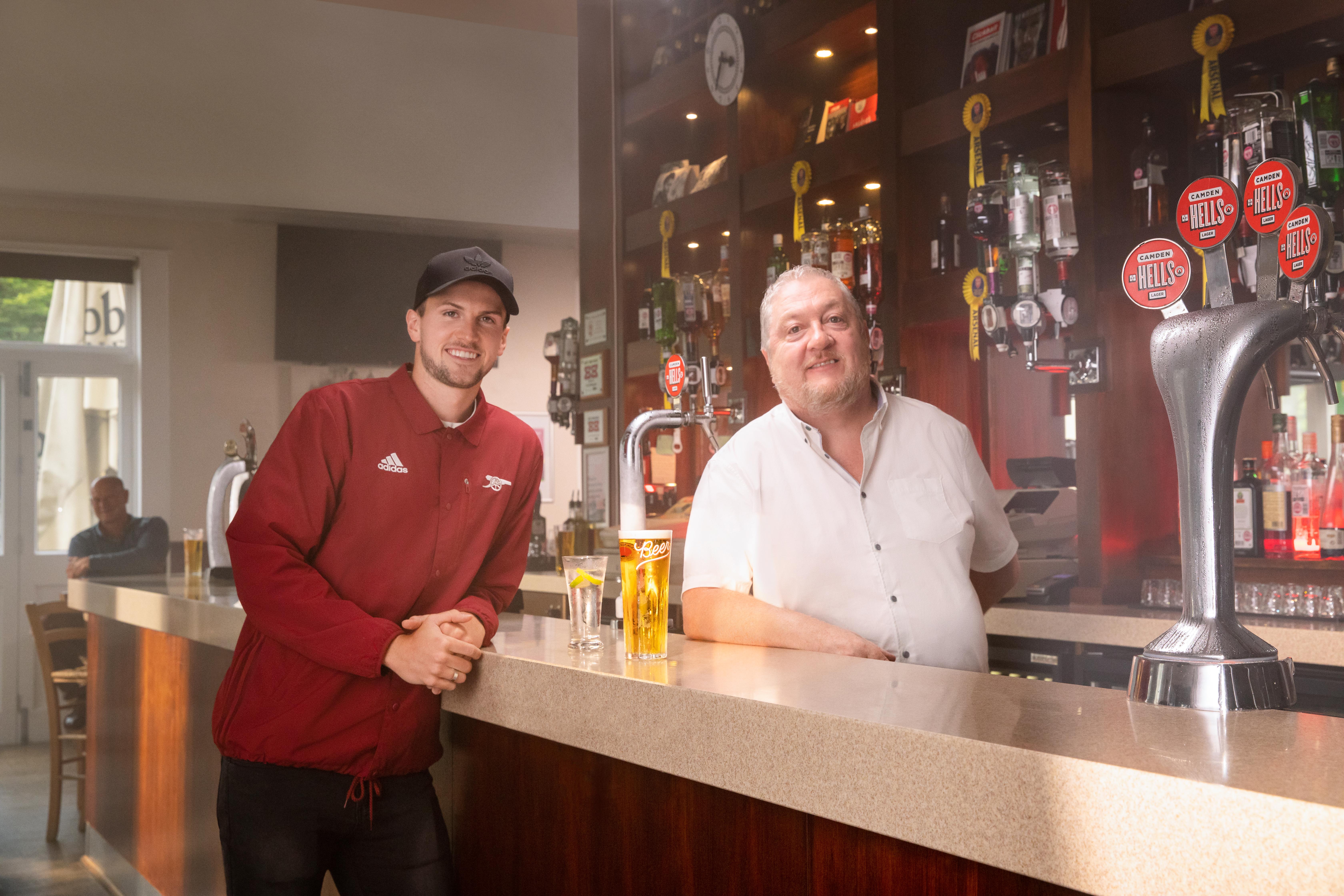 With Arsenal welcoming fans back to Emirates Stadium for 2021/22 Premier League season, it’s not just the club that is delighted to see supporters return, but many local businesses and community organisations who surround the area in London N5 and N7.

Inspired by player-business partnerships of yesteryear, members of the Arsenal men’s and women’s teams are pairing up with local businesses to raise awareness of their services and drive footfall on and around matchday.

Ahead of Saturday’s home match against Norwich City, Arsenal centre-back Rob Holding kicks-off the initiative with The Tollington Arms on Hornsey Road, N7.

Martin Whelan, landlord at the Tollington Arms and previously landlord of The Gunners said: “We opened the pub on the day of the Dennis Bergkamp Testimonial, so have been there since the start of the Emirates era.

"We’ve developed a really close affiliation with the club over the years, hosting numerous book launches and events and we’ve always felt really close to Arsenal – I’ve also been a season ticket holder for 32 years.

“But when Covid hit, it felt like the rug had just been pulled out from under us. Everything stopped and there was so little help for businesses in the hospitality sector, particularly small ones. It felt like we were being blamed for the situation and any help offered, such as ‘Eat Out To Help Out’, was very much aimed at the big chains."

The pub has been a matchday ritual for many Arsenal fans over the years and for a number of overseas supporters who pay the pub a visit when in London.

To mark the return of fans, the 2021/22 season will see other local businesses partnered with Arsenal players to create adverts designed to promote the businesses’ services which will be seen by Arsenal’s local and global family with the aim of us coming together to support each other.

“The pandemic affected everyone - not just the landlords and landladies," explained Martin, adding: "It was the cleaners, the door staff, the drayman… all sorts of people, it’s just been an awful time and you have to just be thankful you have your health in the end because I’ve seen so many people I’m close to directly affected by the virus. After the second lockdown in particular, so many people seemed to have a sad story to tell.”

A variety of local businesses feature in the series, some of which will be well known to Arsenal fans and some on our local streets around Emirates Stadium that need the extra support and awareness.

Along with the adverts which will be aired across the businesses’ and club channels - including the stadium’s big screens - the businesses will be part of Arsenal’s fixtures at Emirates Stadium and feature on the perimeter boards and inside the matchday programme.

To watch The Tollington’s advert and find out more, go to arsenal.com or follow @Arsenal on social media to discover the businesses involved in the initiative which will feature across home games this season.