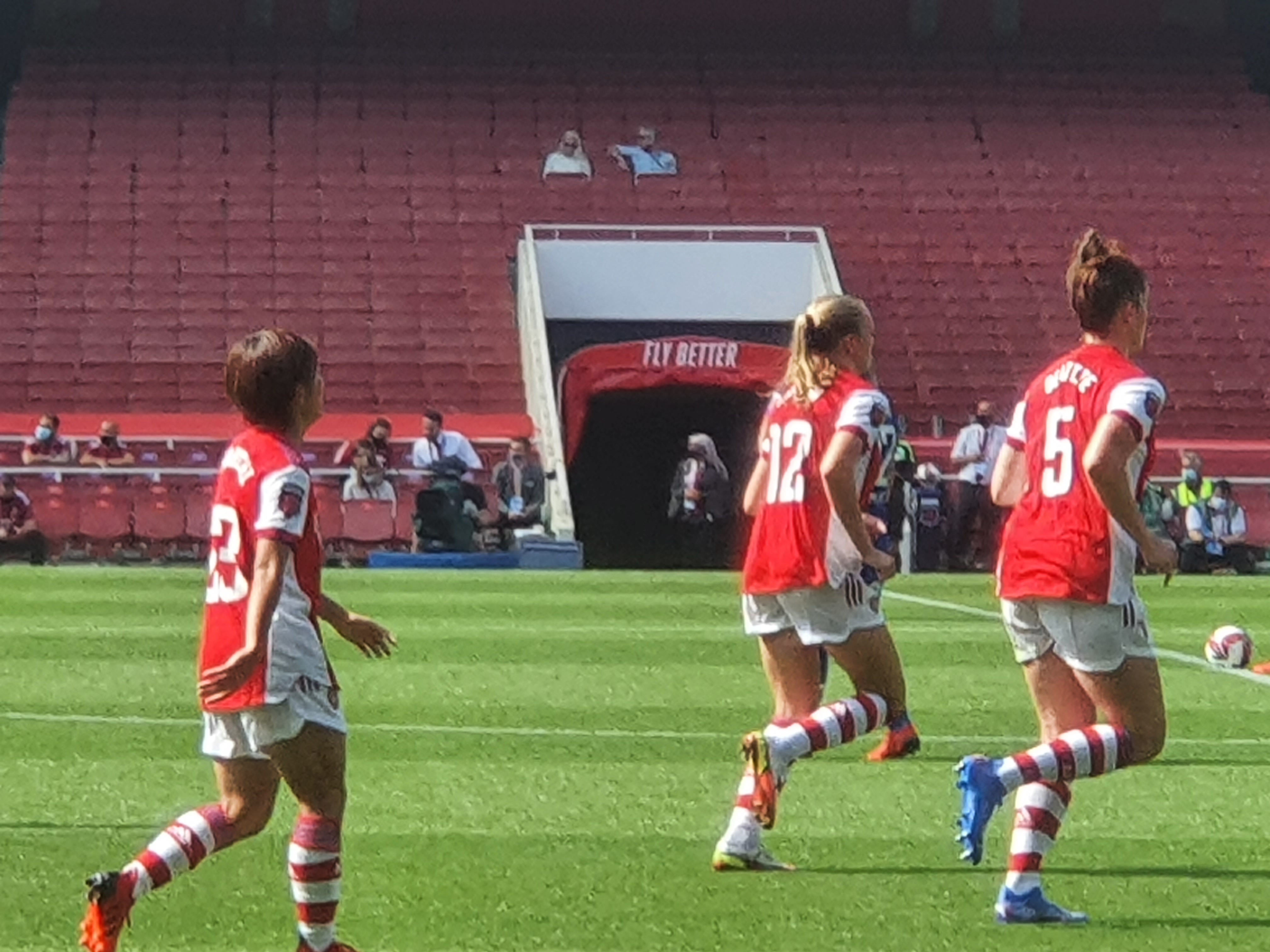 Arsenal Women beat Chelsea Women 3-2 at the Emirates earlier this month. Can they beat Spurs Women in the big FA Cup clash this week? CREDIT: @layth29

PREVIEW: Arsenal Women vs Spurs Women as the Gunners aim to make it two North London derby wins in a week

With all of the talk about the editions of Nikita Parris, Mana Iwabuchi and now USWNT World Cup winner Tobin Heath to an already exciting Arsenal squad, it’s been easy to forget the real signing of the summer - manager Jonas Eidevall, who replaced the outgoing Joe Montemurro in June.

Eidevall’s pragmatic, pressing style has already won him praise from across the women’s game, and the Swede is already establishing himself as an instant fan favourite with passionate touchline celebrations at the Emirates after the opening day win over Women’s Super League champions Chelsea.

With Champions League qualification secured and the Gunners top of the WSL (scoring 12 in their opening 3 games), surprise package Spurs will have to be on top of their game to progress into the semi-finals of last season's Women’s FA Cup.

While the North London rivalry has been much more one sided in the way of Arsenal in the women’s game, Spurs have started the season with a point to prove, also going into this game with a hundred percent record following wins against Birmingham, Manchester City and Reading.

Yes, the shock victory over City was given a literal helping hand from Rosella Ayane that deflected off Steph Hohghton and went in off the back of goalkeeper Ellie Roebuck, but Spurs deserved to get something out of that game and continued their momentum with a late Jessica Naz winner over Reading that briefly put them top of the WSL on Sunday afternoon.

A few hours after the win over the Royals, a storm was brewing in Borehamwood as Arsenal brutally cast aside Manchester City in a 5-0 victory.

Eidevall’s high press continued to flourish with the Gunners not looking back after Vivienne Miedema’s tenth minute strike, with a Kim Little brace added to by a Katie McCabe volley and a late header from Williamson.

Most worryingly for City (and any opposition that will face Arsenal this season), Eidevall was able to call on the services of not one but two World Cup winners, Mana Iwabuchi and star signing Tobin Heath, who received an incredible welcome from the Meadow Park faithful, not to forget the dangerous Nikita Parris too. Spurs will need more than a slice of luck to counter this attacking threat.

The Women’s FA Cup has unsurprisingly brought plenty of success for Arsenal in the club’s history, but the fourteen time winners have not won the competition since 2016, and after the start to the WSL Eidevall’s side will certainly be one of the favourites to add a fifteenth trophy, in a year where the 2020/21 Quarter Finals are remarkably being played a couple of weeks after this year’s competition got underway with the First Qualifying Round.

Tickets remain on sale for this North London Derby clash and it will be great to see a good number of Gooners at Meadow Park on Wednesday, with a potential second derby win in a matter of days on the horizon!