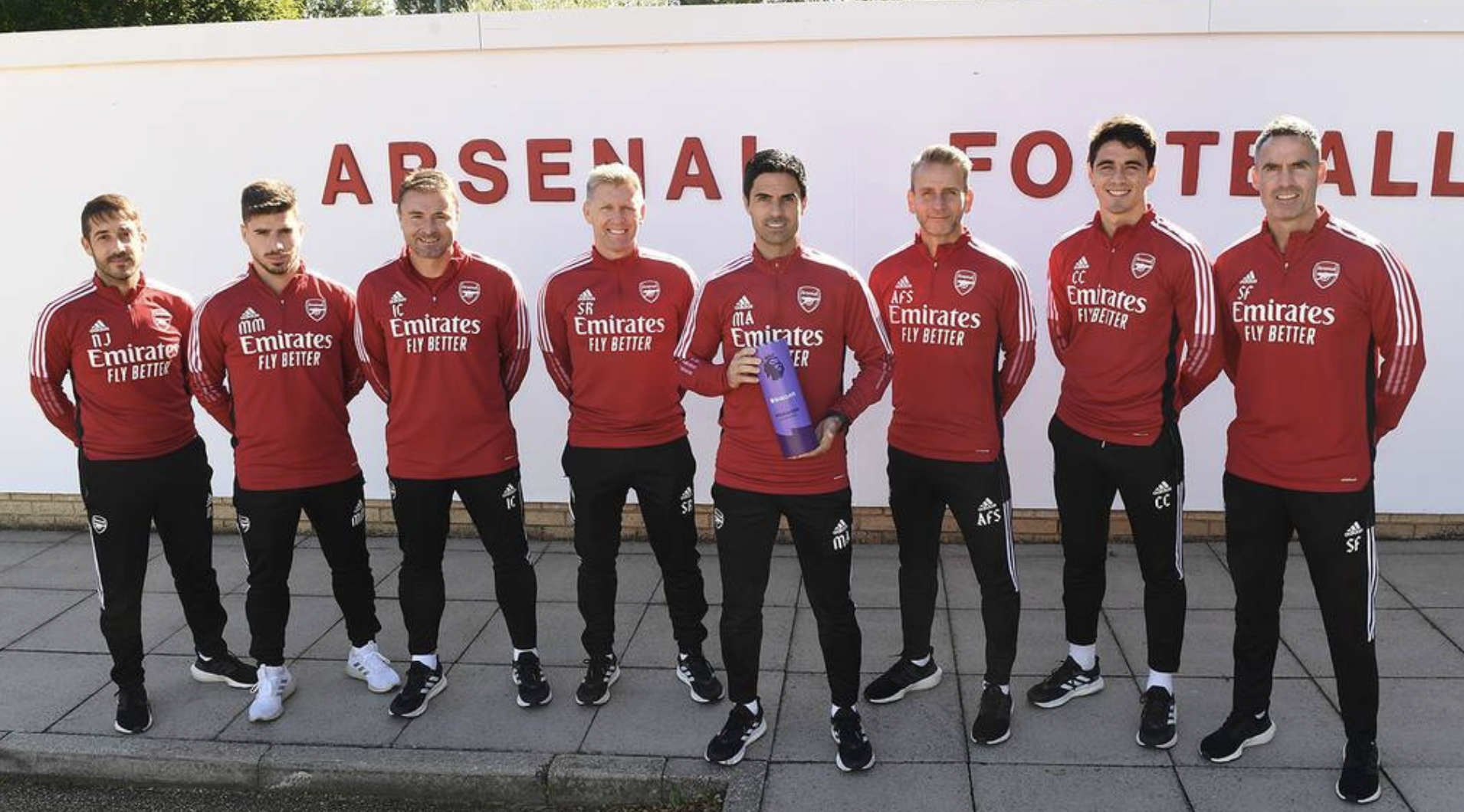 Mikel Arteta and his team

Arsenal boss Mikel Arteta has been named Manager of the Month for September.

After a dreadful start to the season with three Premier League defeats out of three in August, Arteta rallied his beleagured troops to emerge victorious from their trio of games last month.

The victories included a glorious 3-1 win over bitter rivals Spurs in the North London derby at the Emirates.

A club statement said: "Huge congratulations to Mikel Arteta and his staff, after he was named as the Premier League's Manager of the Month for September.

"After a tough start to the season, the Spaniard helped us bounce back in style as we saw off Norwich, Burnley and then Tottenham in the north London derby."