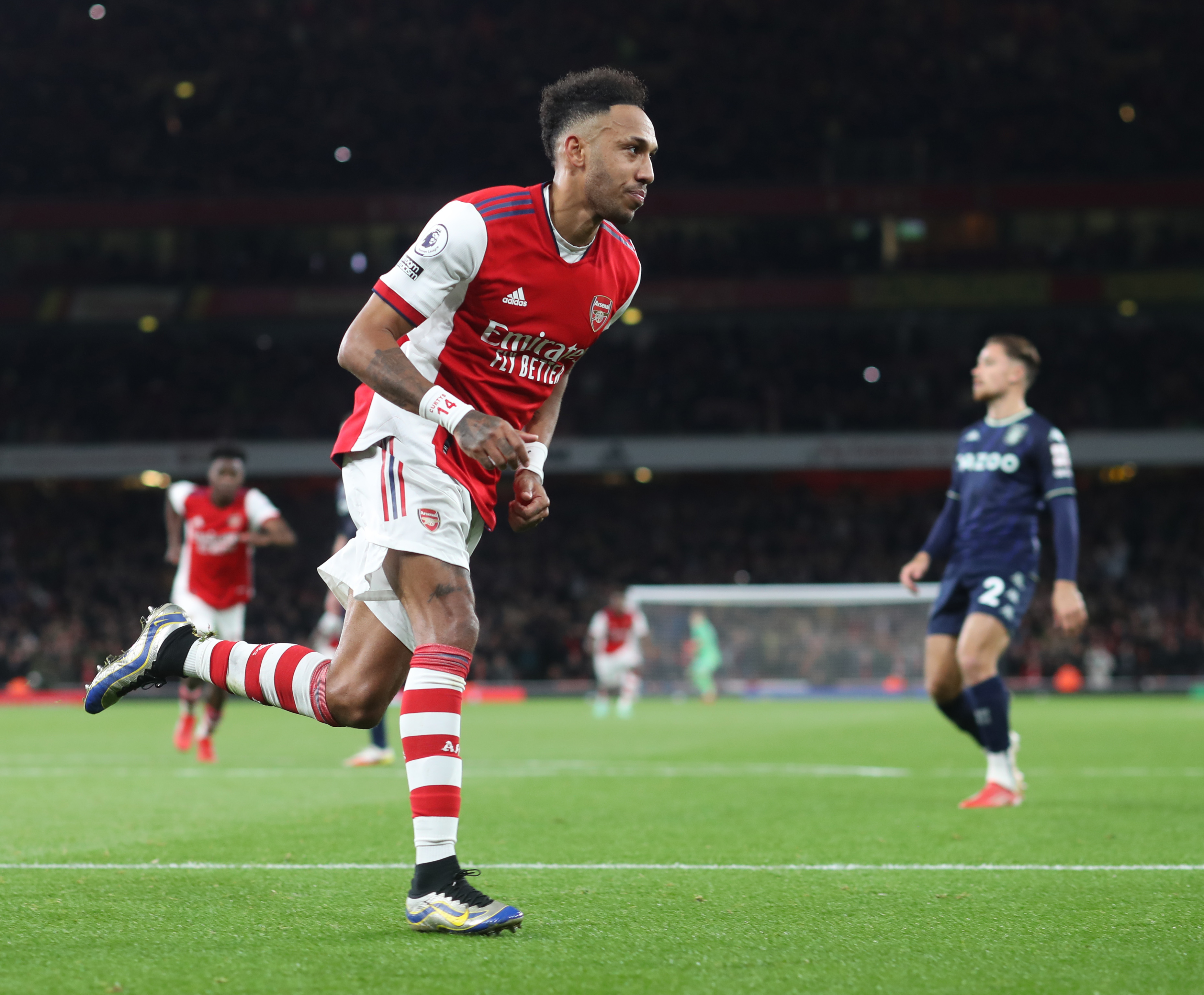 Arsenal beat Aston Villa 3-1 with a convincing display at the Emirates on Friday evening.

An early goal from Thomas Partey - his first in a Gunners shirt, put the home side ahead before captain Pierre-Emerick Aubameyang scored from the rebound, after Emi Martinez saved his initial spot-kick moments before half-time.

The match was notable for the boos former Arsenal keeper Martinez received from the home support, annoyed at his constant references to the club after moving to Villa Park in the summer of 2020.

Emile Smith Rowe made it 3-0 after the break with a low drive off the post via a slight deflection off Tyrone Mings, following an exquisite through-ball by Aubameyang.

There was time for a late consolation from Villa substitute Jacob Ramsey, but that was all it was, as the Gunners closed out an excellent victory that saw them move into the top half of the table and into ninth spot.

Ramsdale: 7.5/10 - Another commanding performance from the new Arsenal keeper who will surely become England's No1 before the season is out. No wonder Arsenal suporters serenaded unpopular Emi Martinez with: "He's better than you/Aaron Ramsdale/He's better than you..."

Tomiyasu: 7.5/10 - What is the word for 'determined' in Japanese? Deserved his round of applause from fans still in the ground when he came out onto the touchline to perform his post-match media duties. Just like his display he never put a foot wrong

White: 7.5/10 - He might have admitted the other day he doesn't watch football away from 'work' but on this performance he can watch Married at First Sight: Australlia for all Arsenal supporters care.

Gabriel: 7.5/10 - Ollie Watkins may have attempted to get one over on the Gunners centre-back in the opening moments by hurling him to thr ground, but the Brazilian defender had the last laugh with a dominant physical showing that quelled Villa raids

Varela Tavares: 7/10 - A hard-working display from the summer signing

Saka: 7.5/10 - Revived after James McArthur's scandalous and cowardly kick on his calf against Palace. A world class talent with a huge future ahead of him. And he plays for The Arsenal

Partey: 7.5/10 - If not an 'I was there moment' when he scored then at the very least it still a memorable moment as he netted his first ever Gunners goal, off what appeared to be his shoulder. Oh, for a run of games to see him at his rythmic, fluid, influential best

Smith Rowe: 8/10 - Give that man a new haircut in north London before every game. A goal, an assist and an 87 per cent pass accuracy. Deserved his strike after showing such industry throughout. Earned his round of applause from Gooners still in the ground when he was interviewed by Jamie Carragher and Gary Neville, pitchside after the match

Lacazette: 7.5/10 - A hard-working display from a true team man. And to think there were poor, misguided souls who wanted to replace him with Tammy Abrahams this summer. No chance. (substituted for Ødegaard)

Aubameyang: 8/10 - The Arsenal attacker deserved his round of applause after he hobbled off late on following a goalscoring performance. Showed a cool head and excellent anticipation to follow up his penalty, following Martinez's initial save