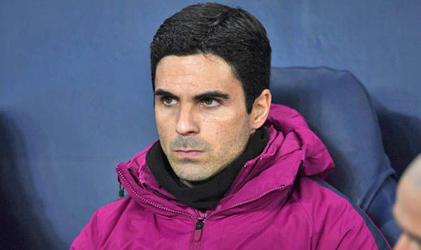 How has Arteta Turned Arsenal's season around?

Arsenal was bottom of the table at the beginning of the year after the first three matchdays. They were without a single point, with an attack that looked toothless and a defence that was shaking at best.

Devastating angst started to murmur among supporters as the initial promise that Mikel Arteta brought after winning the FA in 2020 had begun to come into question. However, with a young and vibrant squad humming, Arteta appears to have found a dependable first XI, but what has brought the turnaround for Arsena

Sticking to the Plan

With such a disastrous start to the season, it wouldn't have been a surprise to see Arteta stray from his game plan searching for victories, like Ole Gunnar Solskjær, who currently finds himself in the hot seat. Solskjær's switch of formation and confusing use of a high press at times appears to have sportsbooks tipping him to get the axe. In fact, when looking at the next manager to leave betting odds, Solskjær is a 4/9 favourite, followed by Claude Ranieri at 13/2, who currently is in the manager carousel at Watford.

Nevertheless, what can be deduced from the contrasting coaches is Arteta's persistence with his vision for the football club. He likes to have creativity going forward, with versatile widemen able to interchange with the central attacking options. They want to play short balls along the ground, with plenty of use in the wide areas. They are surprisingly efficient from set-pieces and generally build in the middle of the park before playing decisive balls. They are capable pressers with the right blend of youth and experience, winning the ball higher up the field.

Their newfound defensive stability has been the critical component in turning around Arsenal's season. The Gunners used to be known in the 90s as a defensive powerhouse. They had a title-winning side built on the solidity of their backline. What Arteta has established since a 5-0 drubbing at the hands of Manchester City is a powerful and comfortable defensive unit.

They completely revamped their opening day backline, with only one regular starter remaining. Summer signings Ben White, Aaron Ramsdale, Nuno Tavares and Takehiro Tomiyasu, have been a revelation and endeared themselves to the fans with their performances. Arsenal now has a young back line that can grow together.

A firm backline gives the midfield confidence to play with the ball. They sit in two banks of four to soak up pressure out of possession and press with ferocity and cleverly. Having a solid midfield pairing of Thomas and Albert Sambi Lokonga to offer protection is making Arsenal a fortress at the back. They have conceded only two more goals than Liverpool, who have the third-best defence in the Premier League, despite shipping five to City earlier in the year. They have only been scored on four times since that game.

In the early days of the season, Arsenal lacked a clear goal scorer. They couldn't seem to score despite having what would be considered two world-class strikers in their squad. Arteta started with Pierre-Emerick Aubameyang instead of Alexandre Lacazette upfront, which didn't have pleasing results. However, since their 2-2 draw with Crystal Palace, where Lacazette came on to equalise late, he has been in the starting lineup.

Arteta has gone with a 4-4-2 with both upfront and a 4-2-3-1, with Lacazette in the playmaking role with his excellent passing ability. The results have allowed Emile Smith Rowe to become a goal-scoring threat from the left, while Aubameyang seems to be returning to goal-scoring form. The balance of creativity and goals appears to have finally been implemented, with Arsenal now realistically able to challenge the top four.