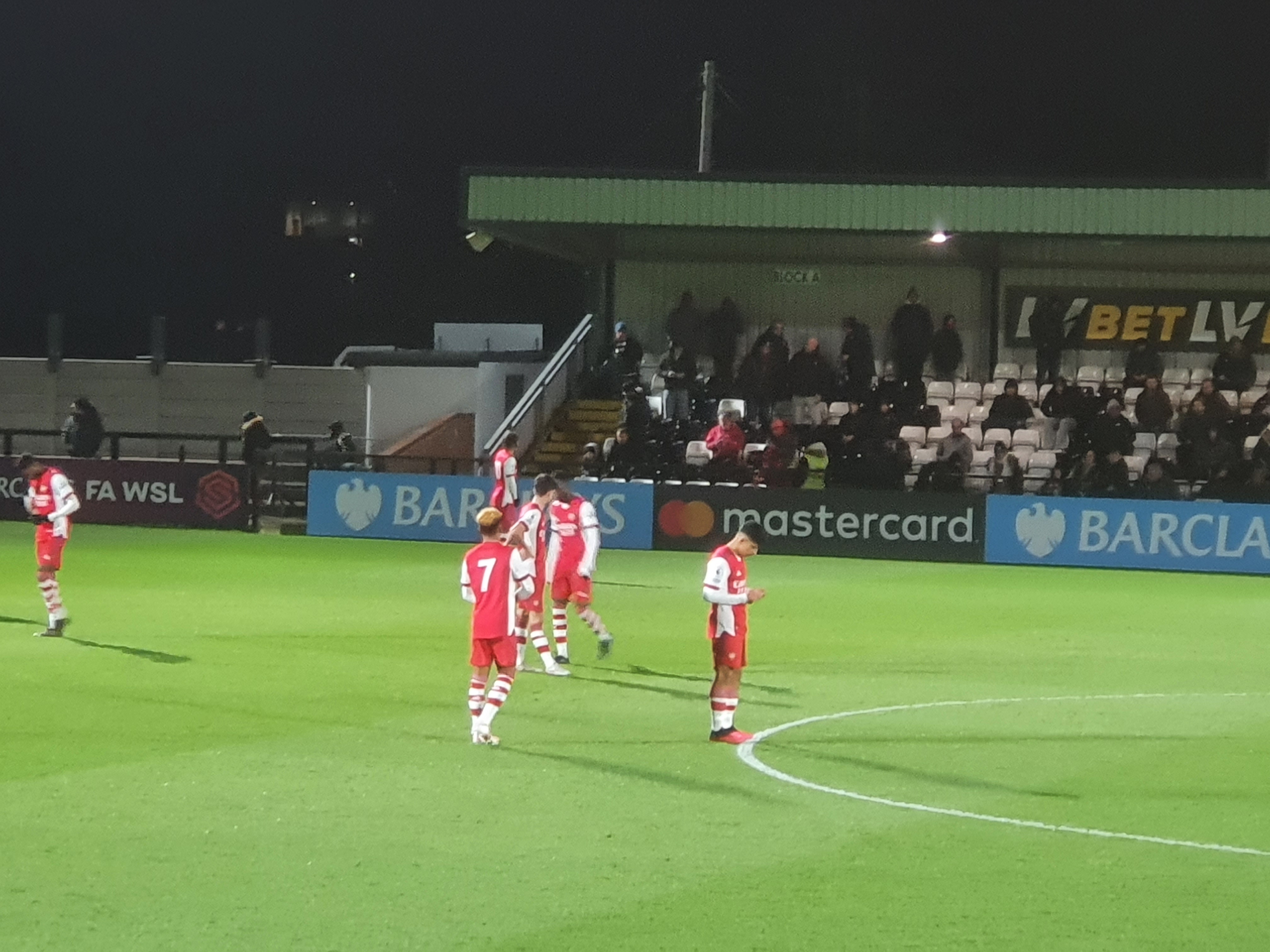 Despite a hattrick by Flo Balogun the young guns went down to a lively Rams side.

Read on for our Player Ratings fromk Boreham Wood

Ovie Ejeheri: 5/10 - Showed good reflexes, handling, footwork and distribution in the first half, but should he perhaps have done better with Louie Sibley’s early strike that put the Rams ahead? No real chance with Derby’s three goals after the break to cap a frustrating evening in conceding five

Ryan Alebiousu: 5/10 - Showed excellent awareness and anticipation when repelling Derby attacks in the first half - but was caught cold by the Rams exuberant start after the break. Replaced soon after by

Mazeed Ogungbo: 5/10 - Athletic and intelligent but stunned by Derby’s quickfire start to the second half which put the game beyond doubt with three quick goals

Taylor Foran: 5/10 - A solid presence along the backline but not afraid to play out from the back when time and space allowed in the first half. Another who was overrun by Derby’s lively start after the interval

James Olayinka: 5/10 - Good vision when playing the ball to colleagues further forward but faded as the game went on

Charlie Patino: 6.5/10 - A class act as ever, even on a difficult evening. Deserves a place in Arsenal’s Carabao Cup squad for the Sunderland game

Omari Hutchinson: 6/10 - Outstanding movement and technique but another who faded against excellent opposition. Will be better for the experience. One to watch

Salah Oulad M’Hand: 5/10 - Raw but committed and always a threat to the visitors in the first half. Overwhelmed after the interval

Mika Biereth: 6/10 - Another bustling display from the former Fulham forward who is an excellent player with his back to goal, even if the scoreline didn’t reflect his endeavour

Kido Taylor Hart: 5/10 - Not as influential or effective as his talent demands. Replaced by Jeffcott at 5-2 down

Flo Balogun: 7.5/10 - Excellent finishes for his first and third, while showing his predatory instincts by slotting home from close range for his second. His deserved treble proves he is too good for this level. He and Arsenal must surely be aiming to facilitate a loan move in January in order to continue his progression – because the odd substitute appearance for the first team and scoring hattricks at this level is simply not going to significantly boost his upward trajectory

Henry Jeffcott: 7/10 - On for Taylor Hart at 5-2 down. Full of running and energy with blocks and tackles to help turn the tide somewhat. Also a threat going forward and possesses an excellent crossing ability