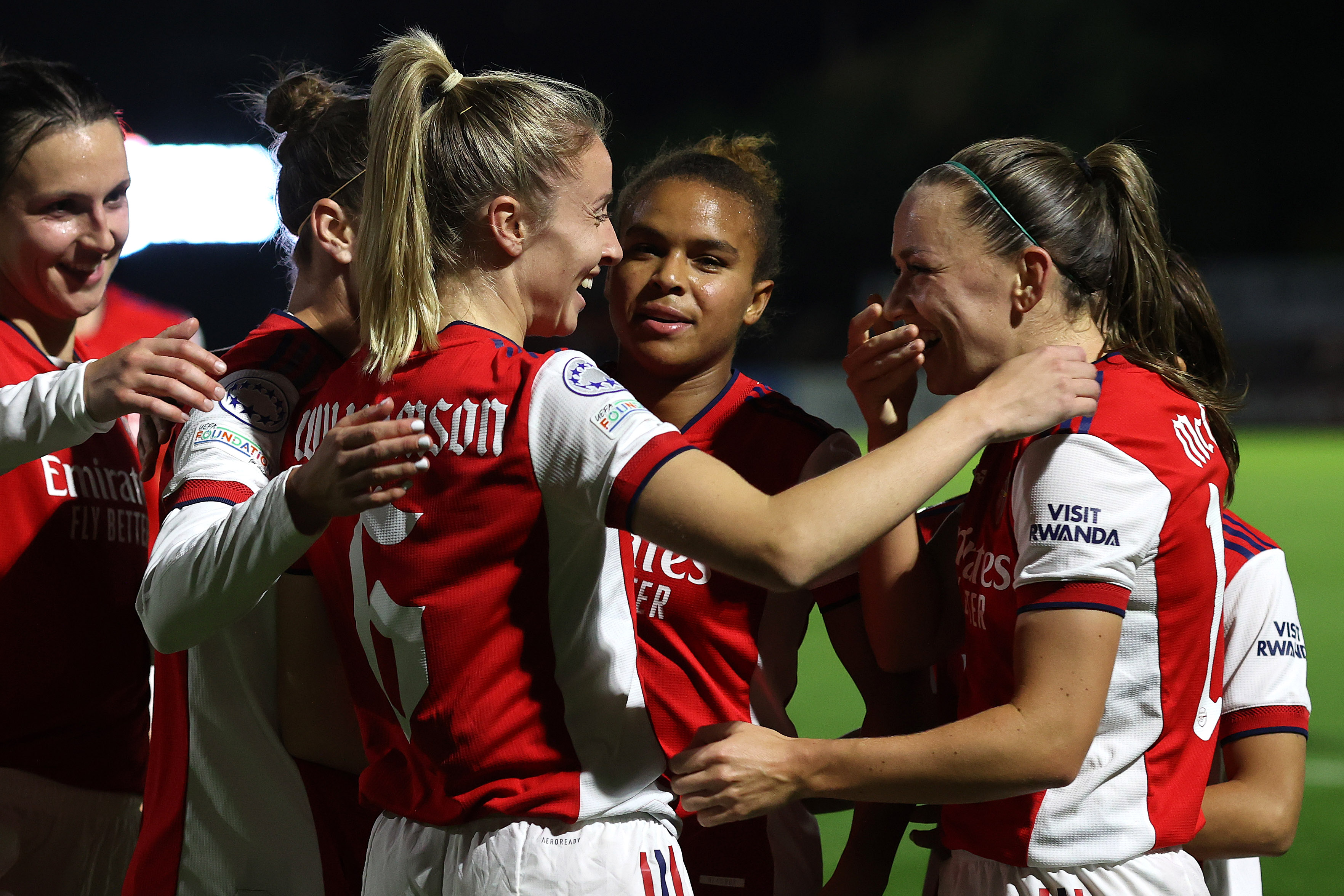 It’s safe to say that FA Cup success and Arsenal Women go hand in hand. The Gunners have won the trophy fourteen times, more than any other team, and once again have their eyes on the prize in the 2020/21 edition of the prestigious competition.

Standing in Arsenal’s way are Emma Hayes’ Chelsea, who are just a point behind the Gunners at the top of the WSL. Hayes has happy memories of going up against Arsenal in finals, after she led her side to a 2-1 win over the Gunners in the 2019/20 League Cup final thanks to Beth England’s 92nd minute winner. Chelsea were one step away from European supremacy last season too, eventually losing 4-0 to a brutal Barcelona side in the Women’s Champions League final. Oh, and they’re the current Women’s Super League champions on top of all of that.

So much of Chelsea’s success in recent seasons has come down to the partnership of Fran Kirby and Sam Kerr in the Blues’ attack. The two already have fifteen goals between them this season and will enjoy a key battle with an Arsenal defence that will once again have to be without Leah Williamson. Steph Catley could play an important role after impressing against the USA in midweek for her country.

And if it doesn’t work out for this strike partnership, look no further than England, Pernille Harder and Lauren James to make an impact too- squad depth is equally impressive on both sides. Canadian starlet Jessie Fleming will also cause Arsenal problems and in Millie Bright, the Blues have years of experience and hard work in their defence.

Chelsea beat an injury-hit Manchester City 4-0 to reach the final, with Arsenal overcoming Hope Powell’s Brighton 3-0 in the semis at Meadow Park. It’s also worth noting that this is of course Jonas Eidevall’s first final as Arsenal manager, whereas Emma Hayes has won this competition twice, including a 3-1 win over Arsenal in the 2018 final when Hayes was 33 weeks pregnant!

Many supporters will cast their minds back to the opening game of Arsenal’s season at the Emirates when thinking about this game. Beth Mead’s brace sparked wild touchline celebrations from Jonas Eidevall as his Arsenal era in the WSL got off to the perfect start. Arsenal’s tactics managed to overcome Hayes’ back three with quick attacks, getting in behind regularly and moving the ball well in the final third. Chelsea cannot afford to give a player like Katie McCabe space to exploit on the left hand side and will realise that goals can come from all areas of the pitch in this Arsenal outfit.

Over 40,000 tickets have been sold for this final (they’re still on sale now) with the number set to rise to roughly 45,000, with two London rivals doing battle on the 100th anniversary of when the FA first placed a ban on women’s football. For the neutral it’s set to be a fascinating spectacle, but Arsenal fans will be on the edge of their seats for what could very easily be up to 120 minutes and a penalty shoot-out. Both sides recognise that they will have to take their chances in what is set to be a very close affair under the famous Wembley Arch.