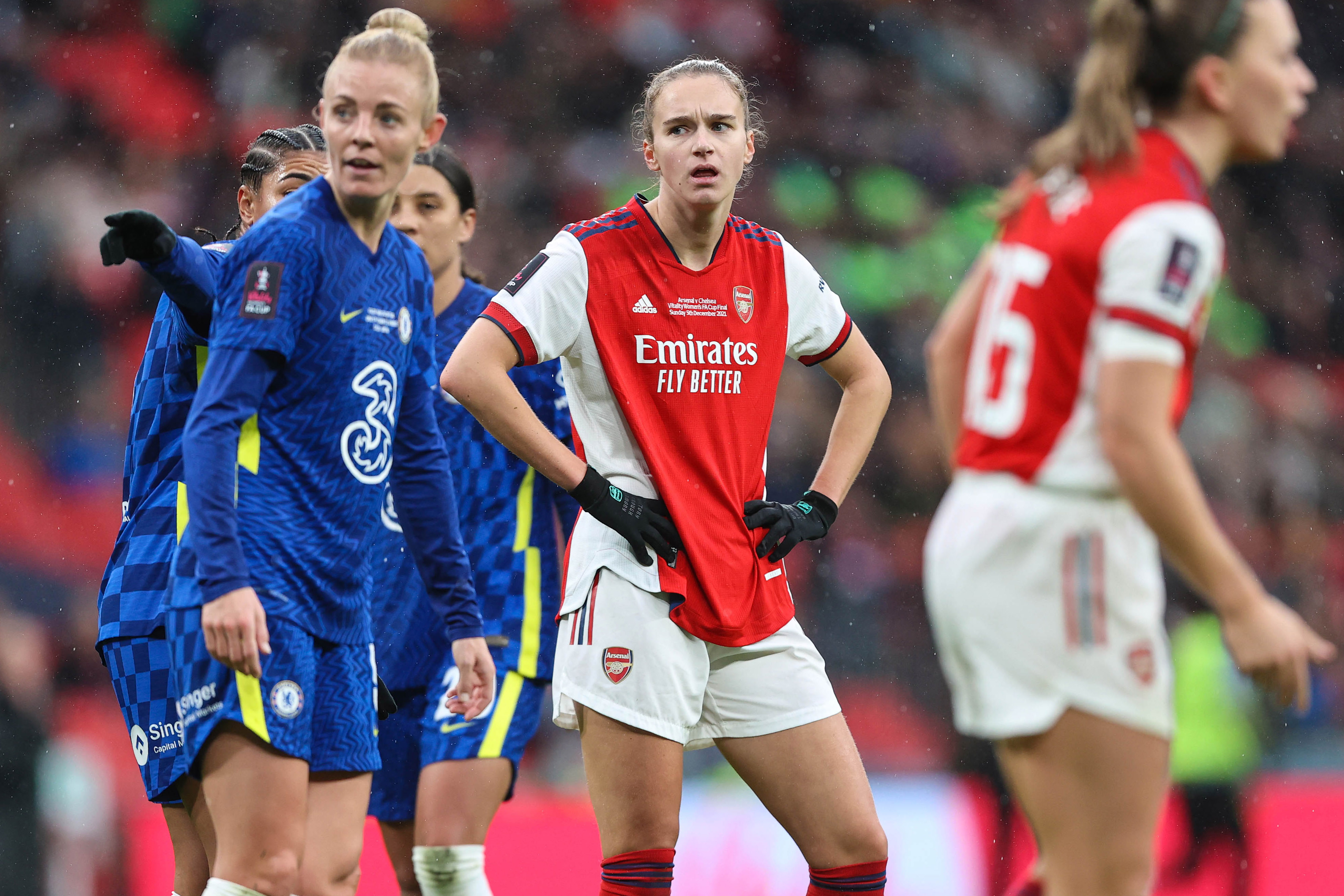 Arsenal Women host Barcelona Women in the Champions League on Thursday evening at the Emirates.

Boss Jonas Eidevall will be trying to banish desperately disappointing memories of Sunday's FA Cup defeat against Chelsea at Wembley.

The Gunners lost 3-0 in an awful display that left many in the bumper crowd of more than 40,000 at the national stadium hugely frustrated.

Eidevall insists his side Arsenal's mentality must change after Emma Hayes' Blues inflicted only their second defeat of the campaign.

Their only other loss was against this week's visitors Barcelona in the group stage of Champions League.

With the return fixture against what Eidevall believes is the best team in the world, Arsenal face a stiff challenge to avoid two defeats on the bounce.

"I'm not going away from any other game this season, or any other season, not trying," Gunners boss Eidevall said.

"It starts with that, it has to start with that and that is how you build a winning mentality."

Eidevall said the Gunners failed to do the things "normally associated with us" in Sunday's final at Wembley.

"From a mentality perspective, that is what I think was really hurtful against Chelsea," he said.

"I think if you would have put another jersey on the team and re-watched it, you would never recognise that it was Arsenal that was playing the game.

"That means we are coming off that game and we didn't even try to play the way we wanted to play. Losing like that just feels pointless.

"That is what we need to change going into the Barcelona game. If you don't try, you will never succeed."

The Arsenal manager revealed double US World Cup winner Tobin Heath will again miss the match through injury, admitting he 'doesn't know' if she will be fit again before 2022.

Eidevall's Arsenal sit second in Group C, six points above Hoffenheim in third spot, with a trip to face the German side next week.

European champions Barcelona have already qualified for the quarter-finals with two group matches to play.