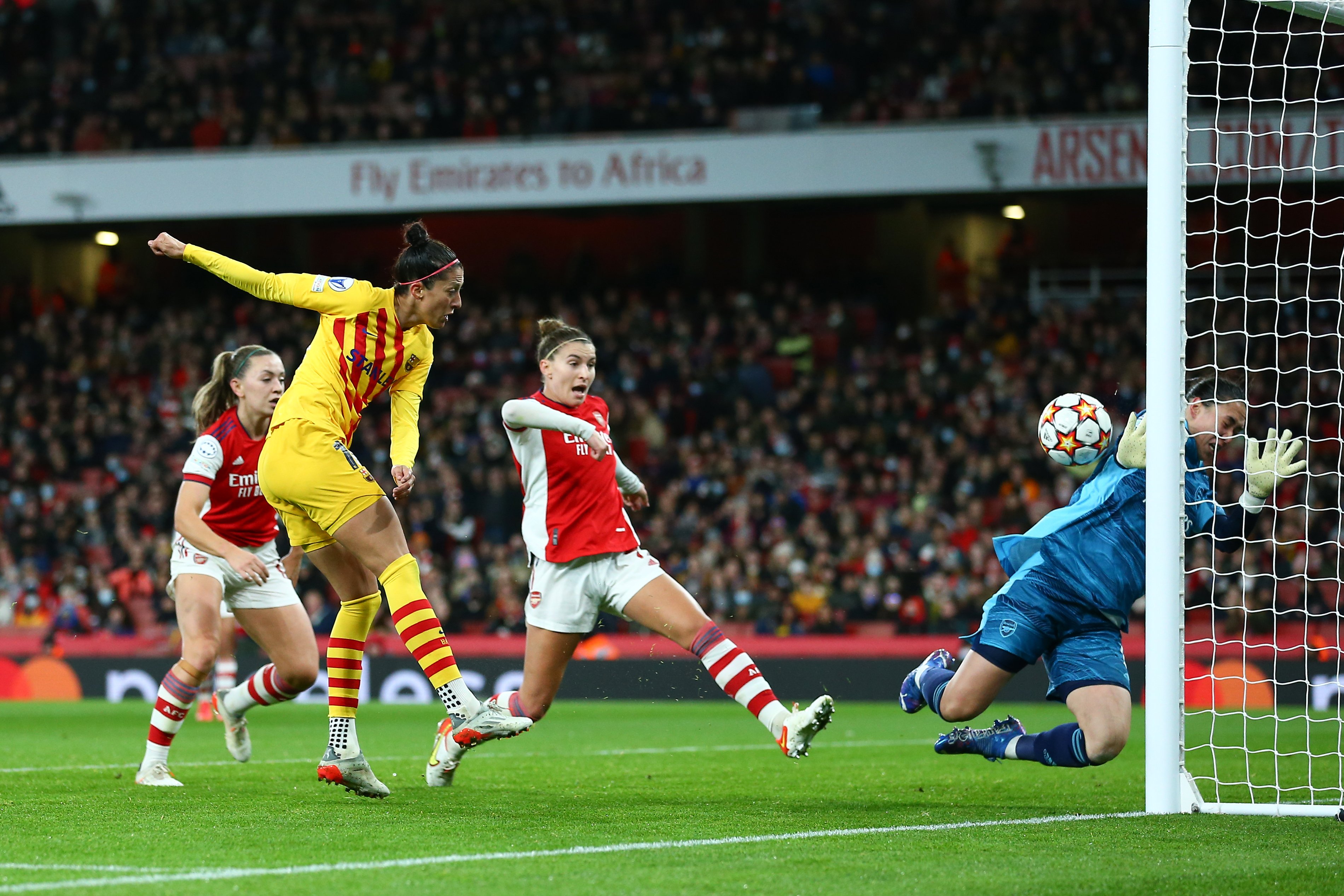 Jonas Eidevall's Gunners lost heavily to an outstanding Barca team to cap a miserable week for the club.

The Gunners were no match for their superb visitors from Catalonia, as hopes the home side would banish Sunday's miserable 3-0 to Chelsea in the FA Cup final at Wembley felll flat on a cold and wet evening in North London.

Hermoso then added her second to make it 4-0 with 15 minutes remaining.

For once the stats gave an accurate picture of proceedings, with 713 completed passes by Barcelona against only 226 by Arsenal, while the defending European champions had 20 attempts to the home side's six.

Barcelona confirmed top spot in Group C while Edievall's Arsenal will have to wait until next week to seal place in last eight.