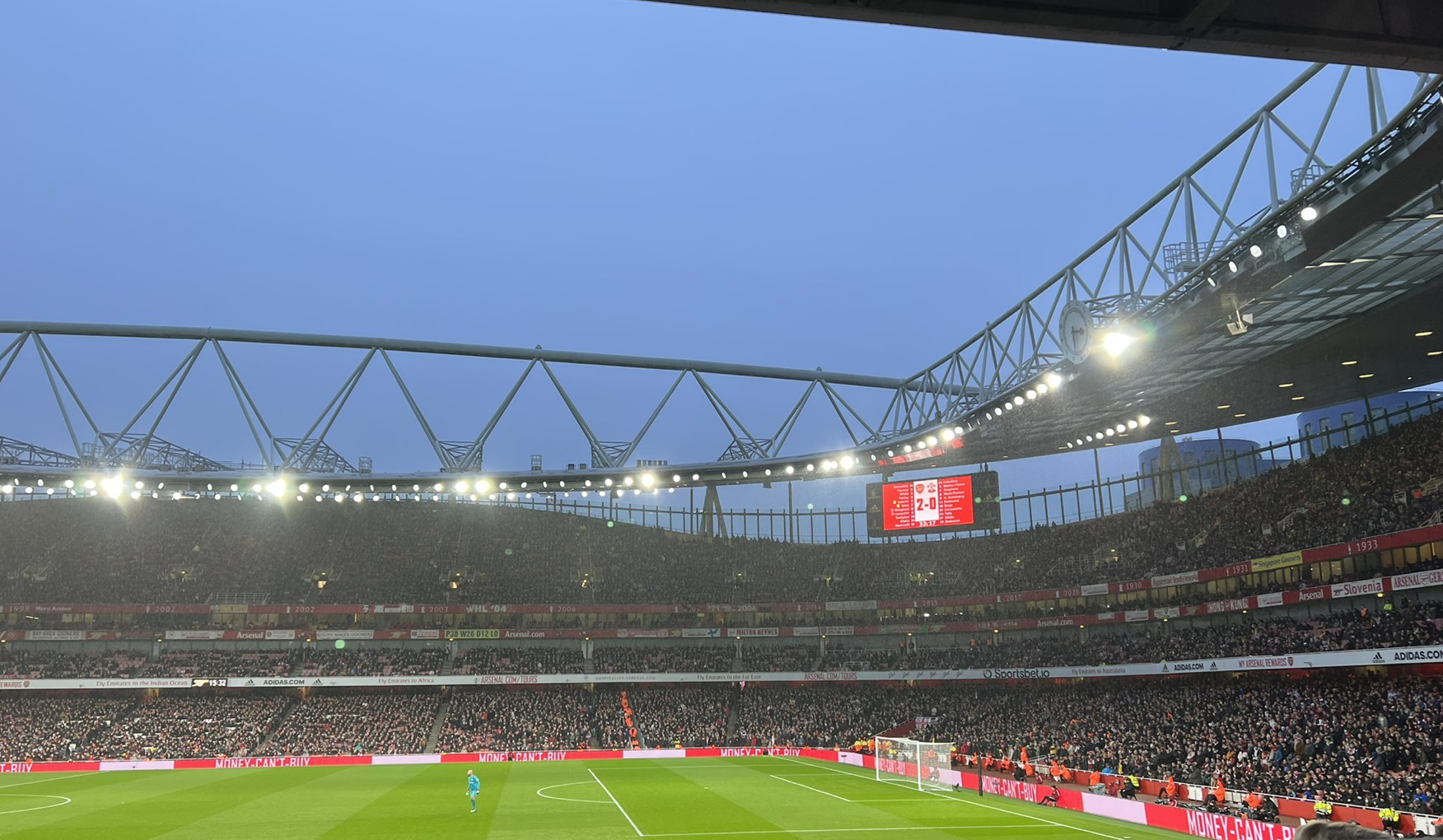 Arsenal cruised to a 3-0 victory over an underwhelming Southampton at a wet Emirates on Saturday afternoon.

First half goals from Alex Lacazette and Martin Odegaard put the Gunners in command before Gabriel added a third after the break.

And while the Saints were uninspiring at times, Arsenal keeper Aaron Ramsdale was in fine form to repel the visitors and keep a clean sheet.

Ramsdale: 8/10 - Another excellent performance. Strange to say considering Arsenal dominated for long spells, but he has to be man of the match after his outstanding presence between the sticks

Tomiyasu: 7.5/10 - Dogged as ever. Must be a nightmare to play against

Gabriel: 7.5/10 - Karma decided the Brazilian was going to score today after having a goal chalked off for offside by VAR. Deserved his ovation after being replaced by Rob Holding

Saka: 7.5/10 - Hit the post in another lively performance after providing an assist for Lacazette's opener

Partey: 6.5/10 - Not as effective as his talent suggests he can be, but still an improvement on recent performances

Martinelli: 7/10 - Full of running and provided an assist for Gabriel's goal

Ødegaard: 7.5/10: Scored with a header in the first half and flitted in and out of the game as is his want. When in form he is a joy to watch but sometimes he needs to incluence matches more. An encouraging performance

Lacazette: 8/10: Deserved his rousing ovation after being substituted late on for Pepe. The acclaim was in no doubt for his opening goal, but also in recognition for the fact he is a true team player, with no airs or graces and can always be relied upon