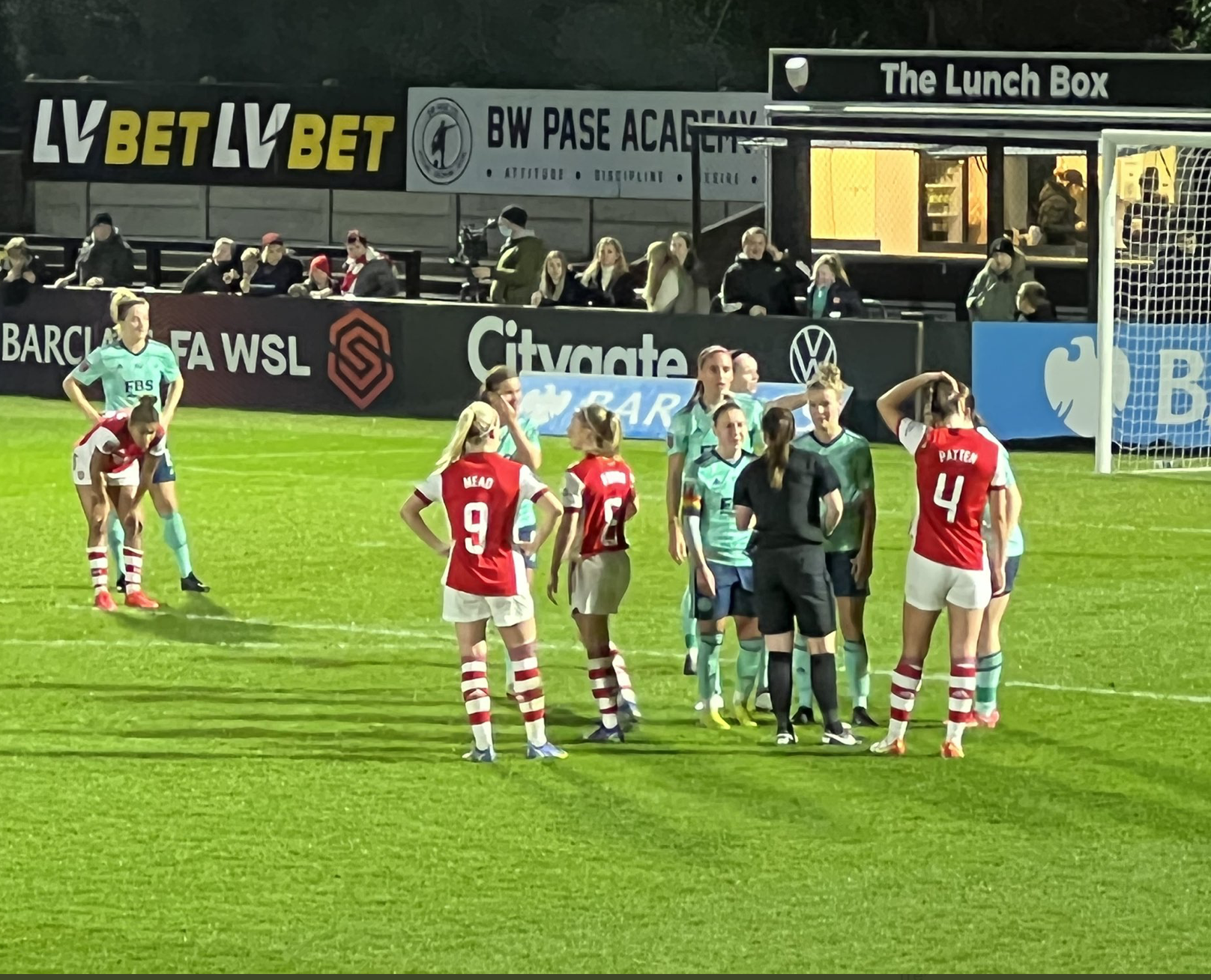 Jonas Eidevall's Gunners capitalised on Chelsea's unexpected 1-0 loss to Reading on Saturday to move four points clear at the top of the the Women's Super League.

Jordan Nobbs and Vivianne Miedema put Arsenal 2-0 ahead, before Leicester defender Jemma Purfield was sent off after bringing down the lively Nikita Parris on the edge of the area.

Following the break, substitute Frida Maanum nodded in two goals in two minutes to extend the Gunners lead as they eased to routine victory over bottom of the table Foxes in boss Lydia Bedford's first game in charge.

After crushing defeats at the hands of Emma Hayes' Blues in the FA Cup final at Wembley last week, along with losing to Barcelona in the Champions League at the Emirates on Thursday, the home side showed character to extend their lead at the top of the table.

Eidevall's team dominated the early stages as Nobbs fired in the opener from Viv Miedema's cross, in front of a crowd of 1,316 at Boreham Wood.

The Dutch attacker added a goal of her own after Parris teed up on 34 minutes, before Purfield was sent off moments before half time.

Leicester's ten players battled well after the break until substitute Maanum grabbed her late brace to emphasise the gulf in class, as Arsenal showed courage after a chastening seven days.

The visitors remain bottom of the table without a point.