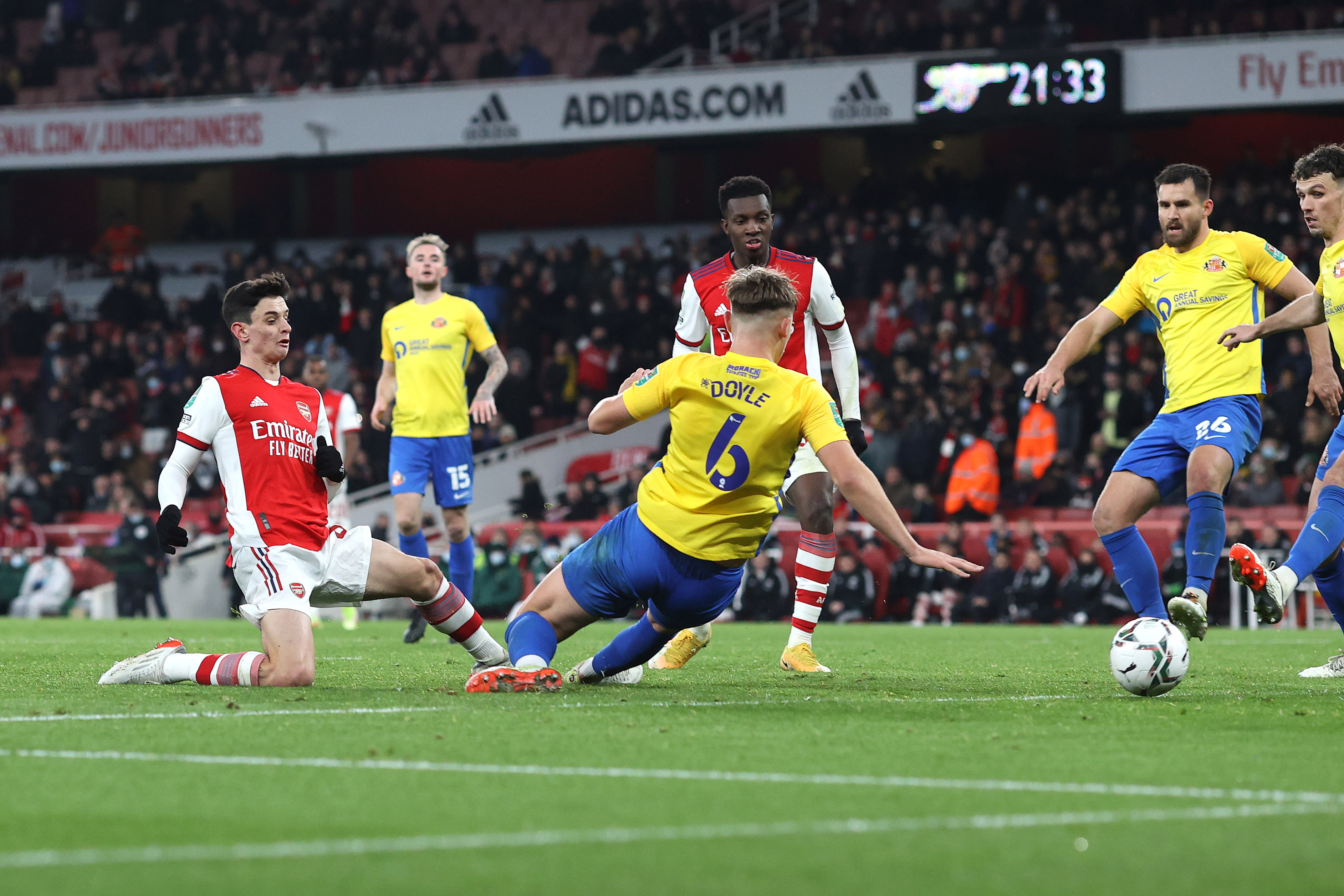 Arsenal striker Eddie Nketiah carried on his good form in the Carabao Cup with an excellent hat-trick as Mikel Arteta's side eased past League One Sunderland to book their semi-final place.

Nathan Broadhead coolly clipped over the onrushing Bernd Leno to make it 2-1 before the interval but the home side proved too strong for the visitors from Wearside.

Rob Holding: 7/10 - His attmepts at playing out from the back are improving

Nuno Tavares: 7/10 - An assist for Eddie's second to cap a good night

Mohammed Elneny: 7/10 - Patrolled in front of the defence and kept things simple with his passing. Broke up play as well to help win the battle against the Mackems in the middle

Pépé: 7.5/10 - Scored and was a threat all night, never allowing the Sunderland backline to settle. Despite two asssits you always feel like you want more end product from the former Lille man

Martin Ødegaard: 7.5/10 - when he was replaced by Martinelli you could see the Sunderland defenders wilt at the proscpect of yet another talented youngster coming on

Emile Smith Rowe: 7.5/10 - came off for Gooner Fanzine subscriber Charlie Patino (10/10) who scored on his debut

Fol Balogun: 6/10 - Plenty of endeavour but on this performance you could see exactly why Arteta picks Nketiah ahead of the New York-born attacker. Both are excellent players with bags of potential - but Eddie is the more developed player. Showed his inexperience by being booked on 54 minutes which precipiated his removal 120 seconds later when he was substituted by Xhaka

Buy issue 284 for our exclusive interview with Charlie Patino

Be like Charlie and susbcribe to the Gooner Fanzine here