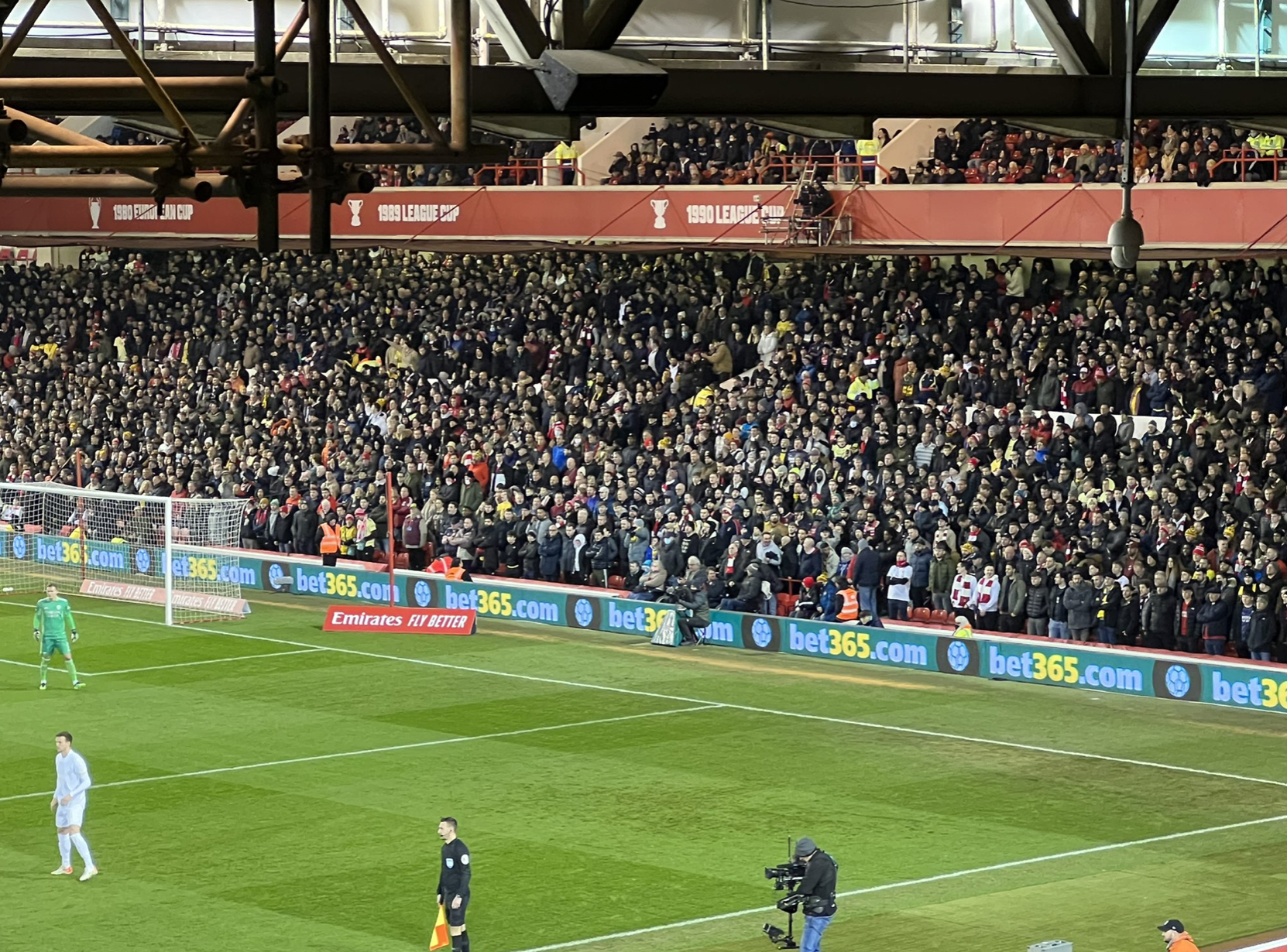 An 83rd minute winner by Lewis Grabban knocked Arsenal out of the FA Cup as Steve Cooper's Nottingham Forest triumphed in this third round clash at the City Ground in front of 24,938.

Read the Gooner Fanzine Player Ratings after a disappointing defeat ahead of a big week with Mikel Arteta's side travelling to Liverpool first leg of their League Cup semi-final at Anfield and Spurs in the North London derby a week on Sunday.

Leno: 6/10: The German understudy to Aaron Ramsdale was alert in making a couple of saves in the second half but could do nothing about Forest's winner

White: 5/10: Looked to play the ball out from defence but not the same player without Gabriel next to him. Arsenal suffered as a result

Holding: 5/10: Solid in the air but lacking when attempting to play the ball out from the back

Tavares: 2/10: Sloppy and off the pace during a miserable performance that lasted 34 minutes (substituted for Tierney 6/10 on 35'minutes)

Sambi Lokonga: 5/10: Not as influential as Arteta required in the heat of battle

Patino: 6/10 - Well played Charlie Patino. gave his all during a challenging match and will be so much better for the experience. Completely and utterly earned his hug from boss Mikel Arteta after he was replaced by Lacazette 5/10.

Saka: 5/10: Not as effective as he has been as the Gunners suffered an off day here at the City Ground

Ødegaard: 5/10: A cultured presence but the malestrom around him did not suit his game