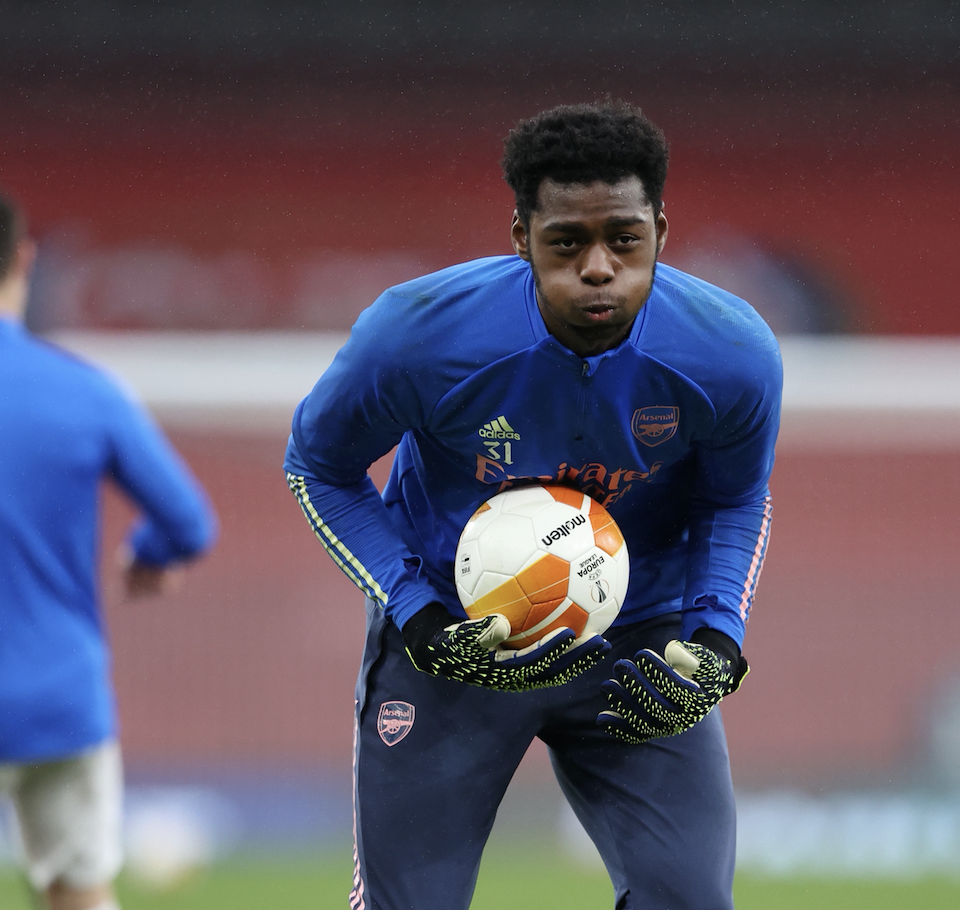 Arthur Okonkwo is set to sign for Crewe Alexandra on loan for the season. CREDIT: Offside

All change at Crewe: Railwaymen are set to land highly-rated young Arsenal keeper Arthur Okonkwo on loan for the season.

The 20-year-old talented shotstopper will join League Two Crewe Alexandra for the season, according to reports.

The young netminder is highly-regarded at the North London giants, with a bright future ahead of him with the Gunner, who are keen for the 6ft 5in stopper to sample first team football.

An England youth international at U18 level, he has been at the club since joining the Hale End Academy aged eight, and is also eligible to represent Nigeria.