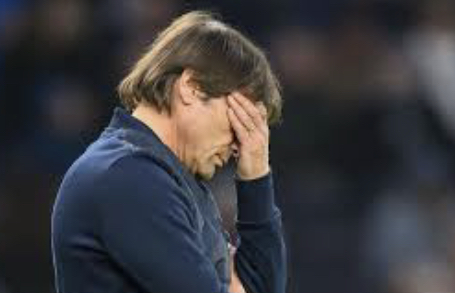 Diary of the current Spurs manager (*as imagined by Alistair Coleman)

Monday: I turn the page in my “I Love Horses - Best of All the Animals” desk diary to discover that it’s our Cup Final on Sunday - the North London derby. I put on my special North London derby gauntlets, unlock the safe, and read through the NLD checklist inside, written by some bloke called Alan Sugar. Then, following the orders to the letter I phoned up the video company and ordered 20,000 souvenir DVDs to hit the club shop first thing Monday morning. Nothing can go wrong, and with our lads in the form of their lives, I can’t see this going any other way than a 3-0 win.

Tuesday: Had a chat with Hugo Lloris during training. He showed me one of his birthday presents from an admirer called “Buyako” - a jar of Acme Goalkeeper Grease (“The ball will stick to your gloves like MAGIC!”), and will be our secret weapon come Sunday. I can’t see this going any other way than a 4-0 win.

Wednesday: To Gaffer’s, the secret social club for Premier League managers, where I ran into Arteta, looking like a man whose Breville Pie Magic had given up the ghost. “My Breville Pie Magic’s given up the ghost,” he told me, “The entire squad’s devastated, we might ask the FA for a postponement on Sunday, and this isn’t mind games in any way at all”. I really feel for the poor guy as I had similar heck with a sandwich toaster just before Chelsea let me go, and I can’t see this going any other way than a 5-0 win.

Thursday: Speaking of Chelsea, Graham Potter rings up out of the blue and tells me he has front row tickets for tonight at the Manic Street Preachers jukebox musical penned by Ben Elton, called “Tell us about your unique brand of socialism, Fidel Castro, while I have my motorbike in for its MOT”, which received rave reviews in the Havana Times. Apart from a minibus party from the Shrewsbury Young Farmers, we are the only people there. I don’t believe in omens, but the key scene where Castro is taunting JFK with his missiles shouting “Your Arsenal is worthless” is clearly an omen for Sunday. I can’t see this going any other way than a 6-0 win.

Friday: An angry Richarlison came to my office today, asking permission to “go shithousing” on Sunday. I reminded him that he can go to the toilet any time he likes, but not during the match. This made him even angrier than usual and said he’d go shithousing wherever and whenever he wanted. That’s the kind of motivation I expect to see from my £50 million benchwarmer. I can’t see this going any other way than a 7-0 win.

Saturday: Trailed around Waitrose yesterday by a shifty but familiar-looking tramp. Leaping out on him from behind a display of Salt Bae brand four-ply quilted toilet rolls with gold leaf (£90 per roll, Salt Bae himself will come round your house and sprinkle salt down your lav), I immediately recognise him as Gareth Bale who doesn’t even play for anybody any more, not even us. After much begging and cajoling, I agreed to put him on the sheet for tomorrow - as the car park attendant! If that’s the enthusiasm we can expect from people who don’t even play for us, I can’t see this going any other way than an 8-0 win.