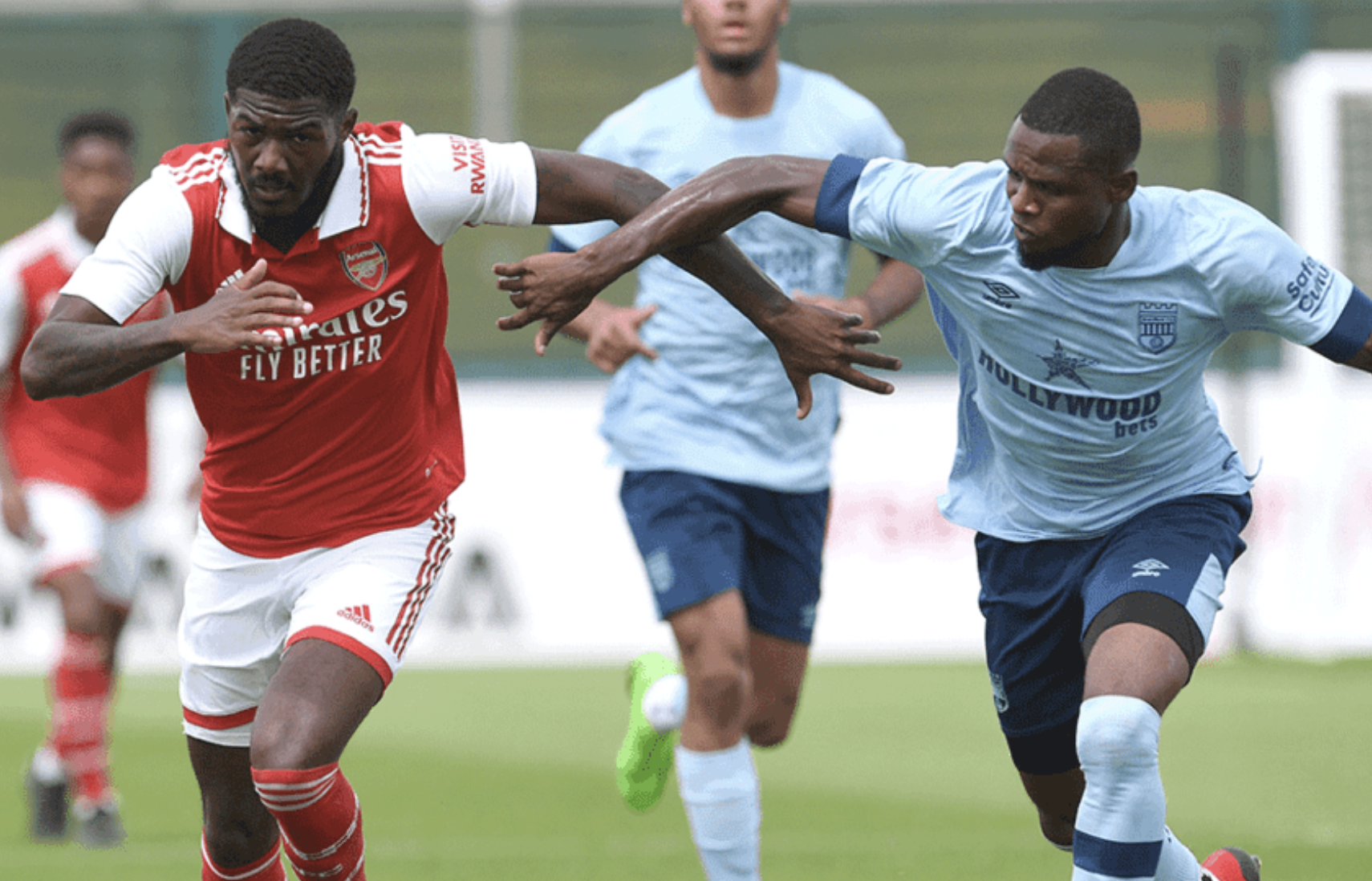 We saw our 100% winning record during pre-season come to an end as Brentford claimed victory in a behind-closed-doors friendly at London Colney this afternoon.

An early Bryan Mbeumo goal was cancelled out by Eddie Nketiah’s fifth goal of the summer so far, but just before half-time Ryan Trevitt restored the Bees’ lead, which they clung onto despite us dominating proceedings after the break.

The scoring was opened after just nine minutes when Fin Stevens flicked the ball into space on the right flank for Trevitt to race onto, and his low centre found Mbeumo who tucked past the outstretched Matt Turner.

That goal came against the run of play, but we began to move through the gears and after Marquinhos saw a low drive find Thomas Strakosha, parity was restored on 24 minutes. Reiss Nelson did well to cut inside from the left, and after linking up with Ainsley Maitland-Niles, the ball found its way to Nketiah who slotted home.

Marquinhos again came close when Turner sprung a quick counter-attack following a corner but his attempted lob over Strakosha drifted wide, but just before the break Brentford got back in front when Rico Henry burst into the box and found Trevitt, who showed excellent composure to take a touch before picking his spot.

After the break, it was one-way traffic as we peppered the Brentford goal trying to find an equaliser. Nketiah dragged a shot wide before Albert Sambi Lokonga embarked on a mazy dribble before shooting just over the bar.

We continued to up the intensity going into the final quarter and Nuno Tavares forced substitute keeper Matthew Cox into a flying save on 68 minutes, before some neat play between Lokonga, Nketiah and Nelson carved out an opportunity for Maitland-Niles to head home, but Cox was equal to his effort.

With 10 minutes to go, Cedric let fly with a drive from the edge of the box and saw his attempt thump off the base of the post, and with one last foray forward a wicked Nelson delivery narrowly evaded both Lokonga and Marquinhos at the far post, forcing us to suffer defeat for the first time this summer.