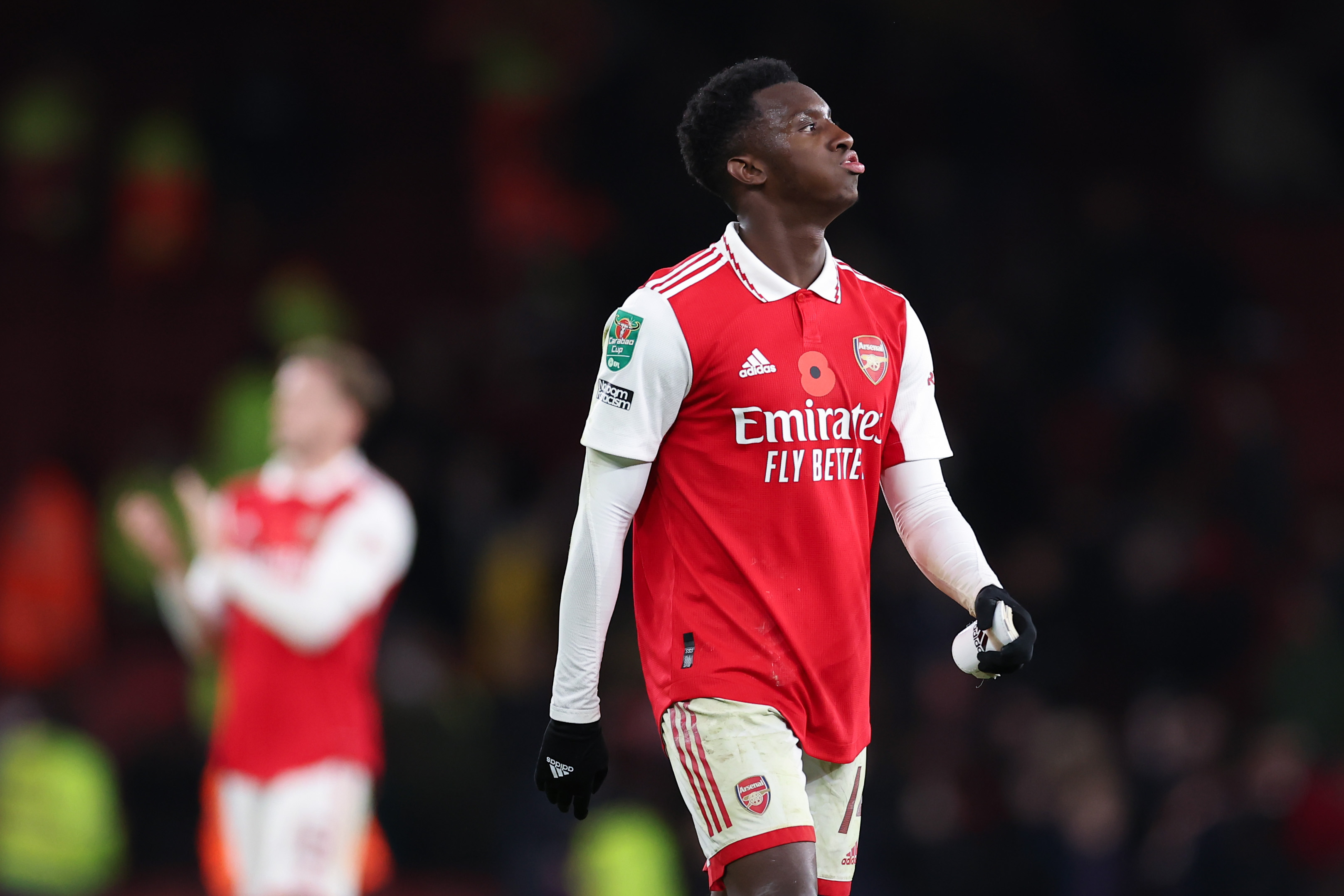 Arsenal's journey in the Carabao Cup has come to an end after the Gunners were defeated 3-1 by Brighton at the Emirates.

It wasn't all doom and gloom as Mikel Arteta fielded a heavily altered side to those that sit top of the Premier League, giving others a chance to show some flair under the lights in North London.

Things looked to be going in the right direction as Eddie Nketiah opened the scoring with a wonderful goal on the twenty minute mark with a stylish first time curler buried way beyond the reach of Jason Steele.

A finish oozing class was not to be entirely credited to Nketiah, with the ball being placed into his path by Reiss Nelson who showed exactly why he's been trusted on by Arteta of late, with a bursting 30-yard run before laying the ball off.

All was well for seven minutes before former Gunner Danny Welbeck was tripped by debutant Karl Hein resulting in a penalty, which the Englishman made no mistake in converting.

It went from bad to worse for the hosts after half time, as goals from Kaoru Mitoma and Tariq Lamptey confirmed Arsenal's exit from the cup.

A disappointing result was foreshadowed by the tie being neglected to be televised, leaving fans around the country - and the globe - unable to access the game, something somewhat unheard of gifting fans a blindsight of what was not the most desired of viewings.

It's not all doom and gloom, a terrific goal crafted by Nelson and Nketiah was a highlight, as well as Tottenham Hotspur, Chelsea and Palace exiting the cup leaving Charlton Athletic as the last remaining club from the capital standing.