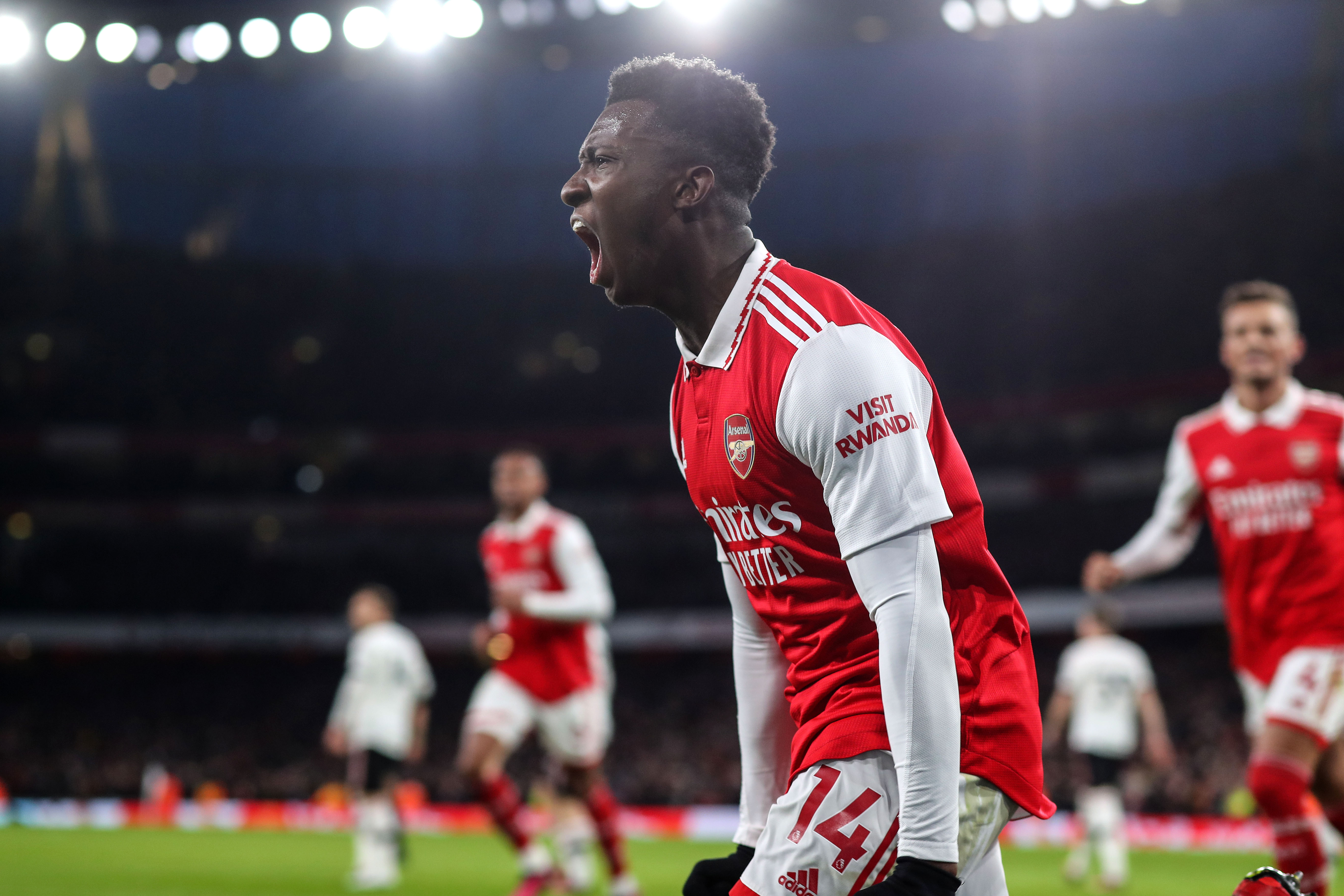 First hosted third at Ashburton Grove on a chilly afternoon in North London in a match that was a superb advertisement for open, attacking football as both sides went hammer and tongs to gain a vital victory.

Two goals from Eddie Nketiah including a last gasp winner was enough to see the Gunners home in a cracking match - after coming from behind to win, and move five points clear with a game in hand.

Marcus Rashford powered through to fire past Aaron Ramsdale from outside the box for a fine goal to put Manchester United 1-0 ahead in the 17 minute.

Seven minutes later Eddie Nketiah equalised from close range after a spell of Gunners pressure to make the score 1-1.

An absorbing match erupted into life eight minutes after the interval when Bukayo Saka put Arsenal 2-1 ahead with a cracker. The home-grown 21-year-old cut inside to curl a low shot past Red Devils keeper David de Gea to send the home support into paroxysms of joy.

With Manchester City breathing down their collars after Erling Haaland's treble against Wolves earlier in the day, Arteta's side showed great character to come from behind to lead the other in-form side from Manchester.

However, United immediately showed strength of their own. When, only 120 seconds later, Rashford forced an excellent save from Ramsdale. It was a warning Arsenal failed to heed.

On 59 minutes, keeper Ramsdale spilled a cross in a crowded box, as Martinez cleverly headed over the back-pedalling Gabriel to level for Ten Haag's side and make it 2-2.

Game on. Saka hit the post, after cutting in once again on 69 minutes as the Gunners pressed for a winner.

As the clock ticked down amid great Arsenal pressure, the goal eventually came for the league leaders when Nketiah grabbed his second of the match to make it 3-2.

The Arsenal crowd goes wild in celebration after the Gunners have beaten Man Utd 3-2 in the Premier League match of the season so far pic.twitter.com/WJW1YJ3jqI