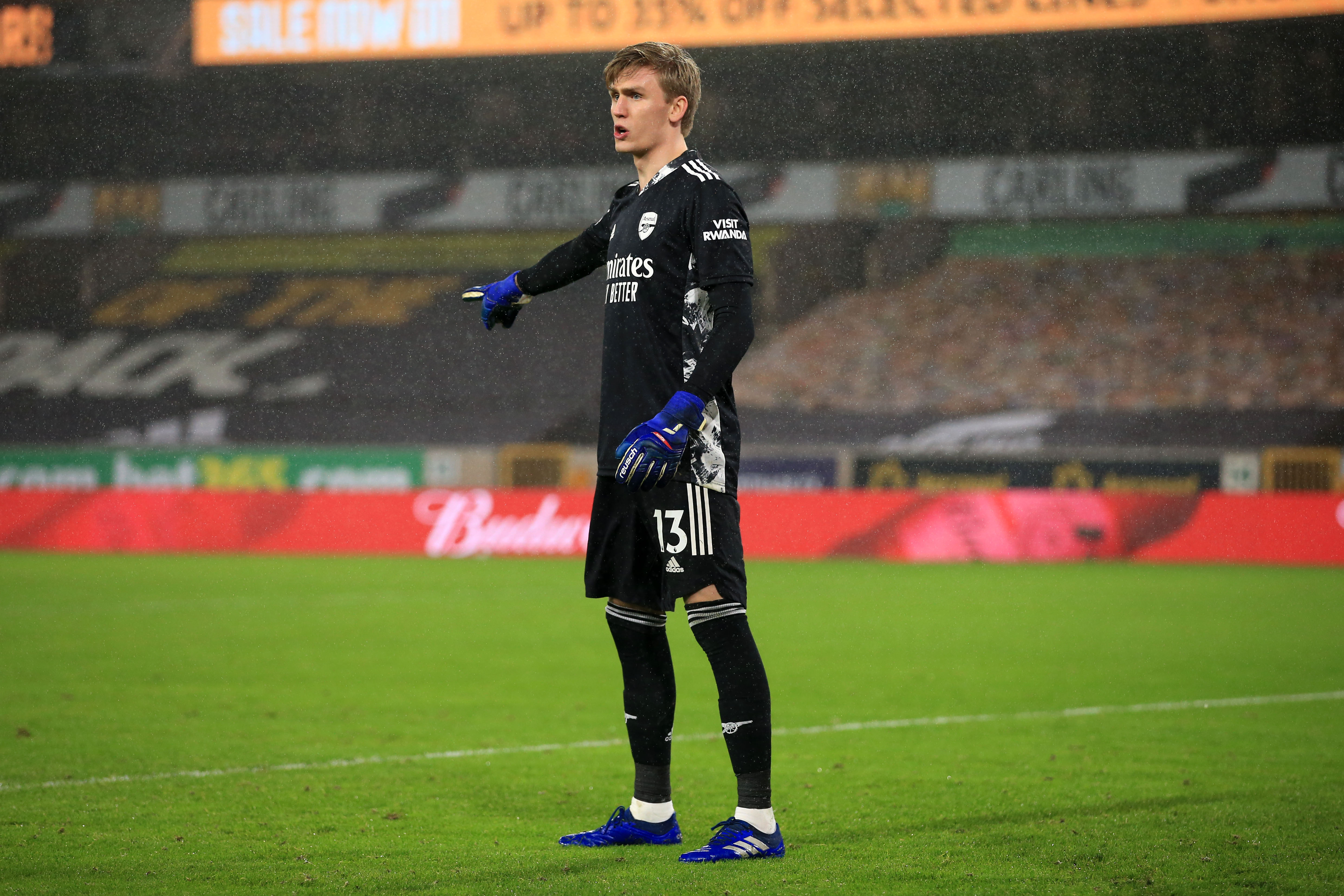 Arsenal goalkeeper Runar Alex Runarsson on his Gunners debut at Wolves on February 2, 2021, replacing Bernd Leno who was shown a red card and sent off. CREDIT: Offside

Alex Runarsson has joined Turkish Super Lig side Alanyaspor on a season-long loan.

The 27-year-old goalkeeper joined the Gunners in September 2020 from French side Dijon FCO.

Rúnar Alex made his debut for the North Londoners on October 29, keeping a clean sheet in a 3–0 Europa League win over League of Ireland side Dundalk.

After then first choice goalkeeper Bernd Leno was sent off at Wolves on February 2, 2021, Rúnar Alex made his Premier League debut as a substitute for Thomas Partyey in a 2–1 defeat.

The Icelandic international spent the 2021-2022 season on loan in Belgium at OH Leuven, where he made 20 appearances in all competitions.

USA international goalkeeper Matt Turner joined as back-up to current No1 Aaron Ramsdale in the summer from New England Revolution for £7.5m, further limiting Runarsson's opportunities, despite the departure of former No1 Leno.

The club said in a statment: "Everyone at Arsenal wishes Alex all the best this coming season with Alanyaspor."