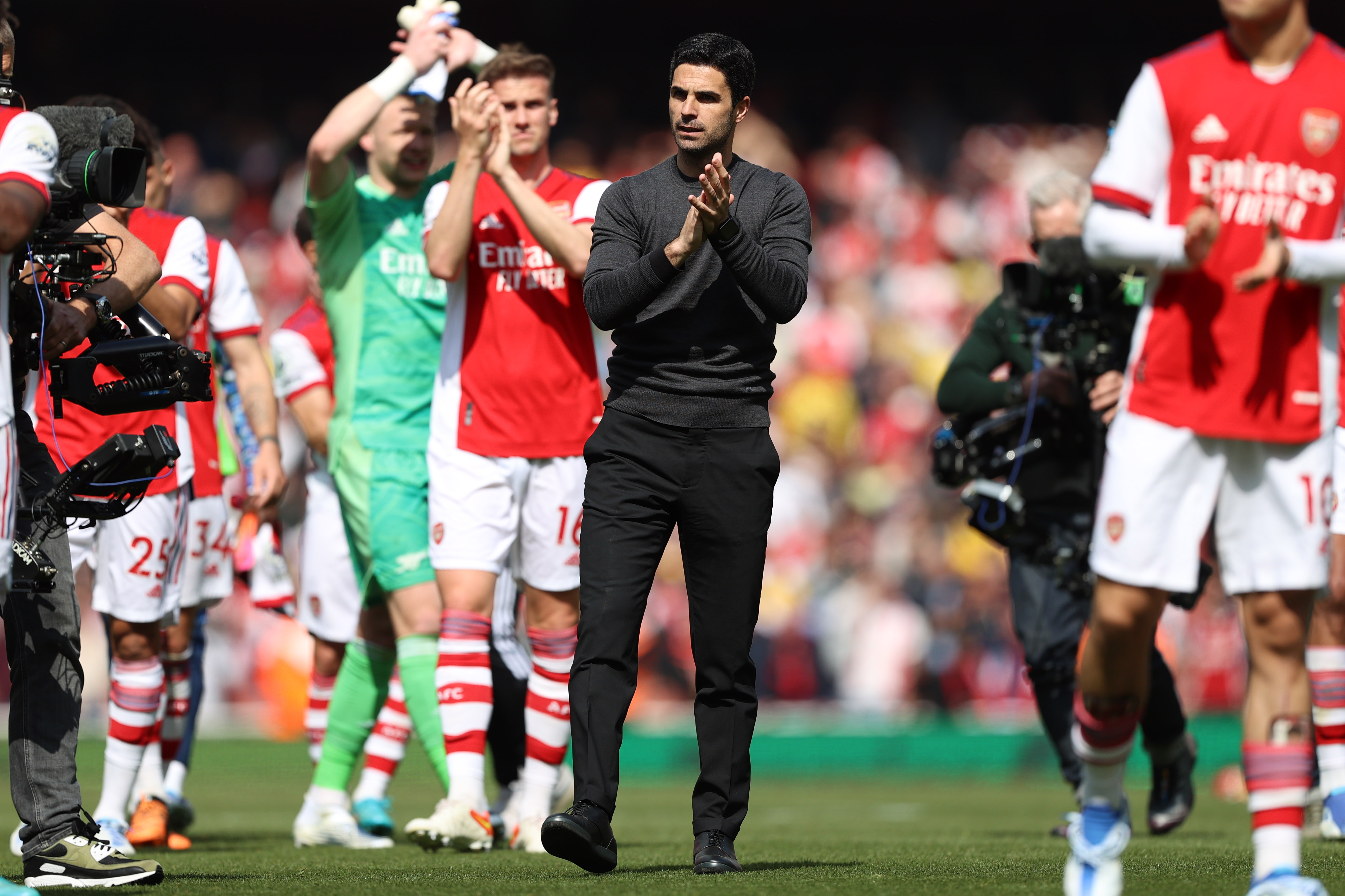 After three defeats on the bounce and the hardest games to come, a sense of arrested development engulfed the club.

In the wake of the defeat to Brighton, Mikel Arteta resolutely stated that there was a lot to play for.

However, the Spaniard cut a more forlorn figure after the loss at Southampton, admitting that he was “worried” by Arsenal’s form.With a midweek visit to Stamford bridge awaiting the youngest squad in the Premier League, most could be forgiven for doubting whether Arteta had the managerial nous to turn the ship around. Two wins later and everything seems rosy again.

Despite the six points from United and Chelsea, which featured seven goals and a long-awaited reshuffle to the starting eleven, a strange sense of doubt remains about whether those performances show enough of an improvement to land Arsenal a spot in the Champions League next season.

No Kieran at the back and a listless Gabi dropped from the attack, does super Arteta know exactly what we need?

Two wins show he might. However, some clueless defending suggests Arsenal may still be floundering in Europe’s second-tier competition next season.

Here are some pluses and minuses from two huge wins:

Like both Unai Emery and Arteta in his first six months in charge, Arsenal lined up with a back three when to going got tough.

Rob Holding was added to the team in place of Cedric Soares and Bukayo Saka moved to right wing-back.

Emile Smith-Rowe started in place of Gabriel Martinelli and Eddie Nketiah made a second consecutive Premier League start for the first time in his career while Mohammed Elneny was given his first start since the defeat to Manchester United on December 2, preferred to Sambi Lokonga.

The tactical switch was predictable. Arteta threw on the safety blanket.

What wasn’t as predictable was Arsenal taking a fortunate 1-0 lead through Nketiah. Even more so was Arsenal soon after reverting to a back four with Ben White slotting in a right-back as he has done for both club and country.

After conceding an equalizer to a Xhaka deflection, the first half could be personified by the Swiss performance.

Not closing down Werner contributed to conceding. Yet, he nutmegged Marcos Alonso to start the flowing move that allowed Arsenal to take the lead once more.

Arsenal are playing Jekyll and Hyde football at times but at least they are scoring goals.As enjoyable as the win was, Arsenal met Chelsea at an opportune time.

In the wake of a grinding FA Cup Semi-Final win over Crystal Place, the Blues are out of Europe and their top-four status is more or less confirmed. But even amidst that, they found it far too easy to cut Arsenal apart.

The positives—Nketiah’s brace, Saka’s smarts to win a penalty, Smith-Rowe stylishly stroking home his 10th of the season and Martin Odegaard looking the part as skipper—may amount to nothing if Arsenal can’t add to the hard-earned 13 clean sheets this season.

Arteta reestablished Cedric to the starting lineup and Arsenal took on United in their familiar 4-2-3-1 shape as Nketiah, Smith-Rowe and Elneny retained their places.

After a positive start, it didn’t take long for Arsenal to continue to put their springtime woe behind them after Tavares poked home beneath the summer sunshine inside the first five minutes.

Yet, one swallow doesn’t make a summer. Both before and after Saka won and converted a second penalty in two matches, Arsenal’s defense was easily rocked throughout the game.

By switching off defensively to allow Ronaldo to make it 2-1, Arsenal conceded yet another goal from an opposition move down their right, adding to Werner and Azpilicueta’s goals in midweek, as well as Southampton’s opener and Brighton’s second.

And while the goals conceded in March and April highlight a defensive issue at the right side of defense and central midfield, Arsenal’s second choice left-back Tavares nearly inverted his redemption arc by giving away a needless penalty, which was missed.

Aaron Ramsdale’s game was similar: An early save against Elanga was followed by a miscued pass to Bruno Fernandes, and while his near-post save maintained the 2-1 second-half lead, the cross for United’s goal seemed claimable.

With Arsenal against the wall in the second half, Arteta turned to the home crowd. Possibly overplaying them too. He also dug into the bench, once more adding Holding to the mix for additional solidity and introducing Martinelli who remains unrecognizable from his deadly pre-Christmas form.

Most positively, Takehiro Tomiasu was given a handful of minutes and a rousing reception, providing hope for shoring up the deficiencies at right back.

Granit Xhaka’s long-range effort put the game beyond doubt but it is his midfield partner, Elneny, who has impressed in recent games. Unassuming and dependable, he retains possession and keeps the ball moving.

Before the game, Arteta referred to Elneny as “one of the most important players in the squad. For what he does when you give him the chance to play and for the things that he does when he doesn’t play.”

A bizarre statement from the coach who overplayed Partey to the point of injury and had only given the Egyptian 350 league minutes this season.

Arsenal’s sometimes-good, sometimes-bad form, which often occurs in the same ten minutes of a game, leave the rest of the season in the balance.

Recent form suggests that Spurs and West Ham could be beaten but Newcastle, Everton and Leeds—all of which are scrapping for survival— may not. These two wins were chaotic.

If Arsenal are going to cross the fourth-place finish line, success must be built from the back.