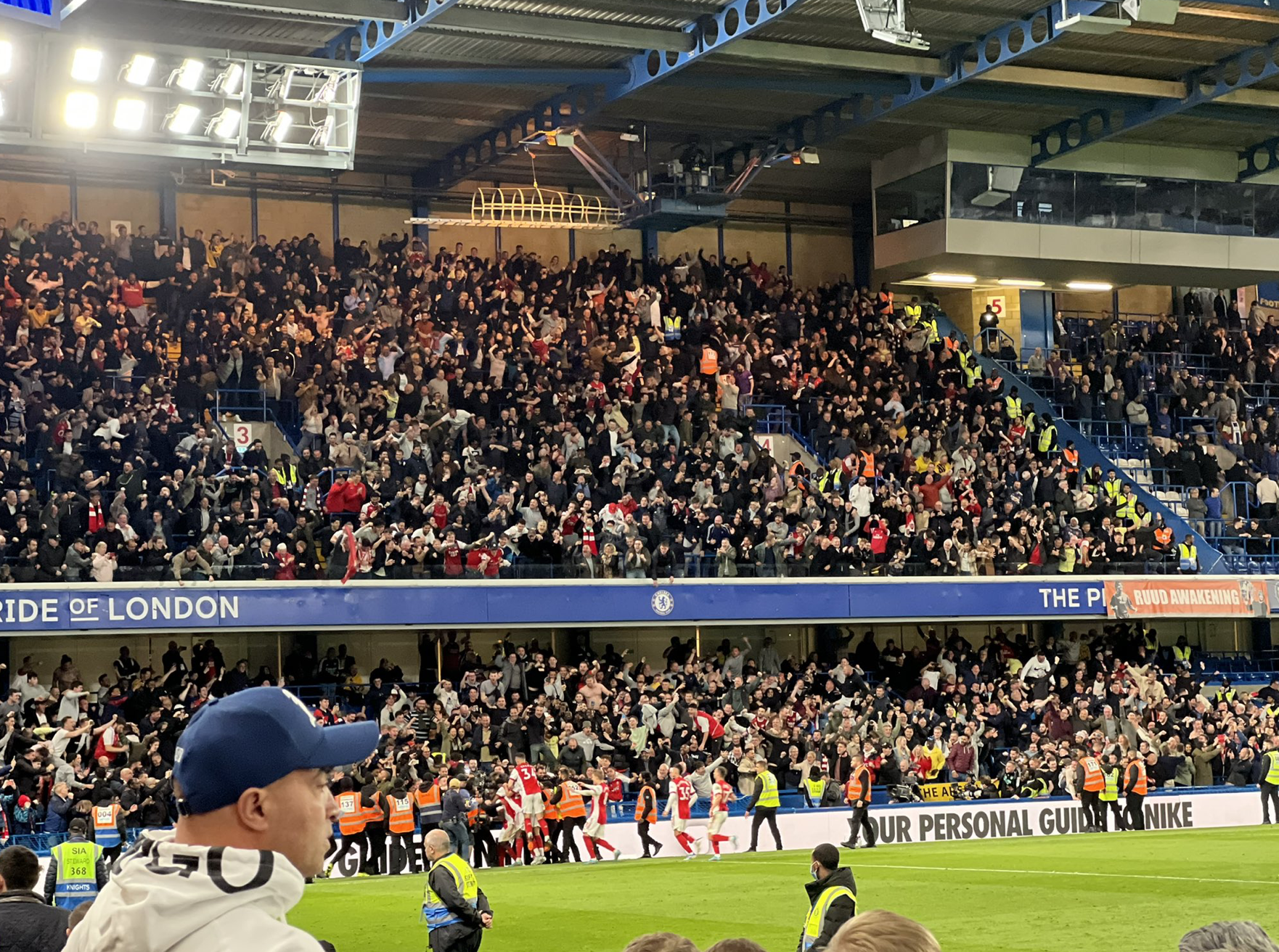 Arsenal boss Mikel Arteta took time to hail the tremendous support from the 3,000 loyal travelling Gooners after the 4-2 victory over Chelsea on Wednesday evening.

After three defeats on the bounce, Arteta's side looked to be fading fast in the battle for Champions League qualification.

However, a thrilling performance at Stamford Bridge was just what was required to get the Gunners back on track in an impressive showing that saw the visitors draw level with fourth place Spurs on points.

“We scored four goals with our academy players which is unique and great,“ he said.

“Then I know that our fans have been disappointed in the last two weeks, because of the expectation we have created for them, and thankfully today we give them something back.”

Arsenal host sixth-place Manchester United at the Emirates on Saturday lunchtime, knowing another victory would open up a six-point gap on Ralf Rangnick’s fast-faltering team.

“I’m now thinking about Manchester United,” Arteta stated. “This one is done now, we have already enjoyed it in the dressing room. Now it is about recovery, preparing mentally.

"We don’t have any time to prepare for the match, so we are going to have to need our people to turn up and make the Emirates a real place against Manchester United.”