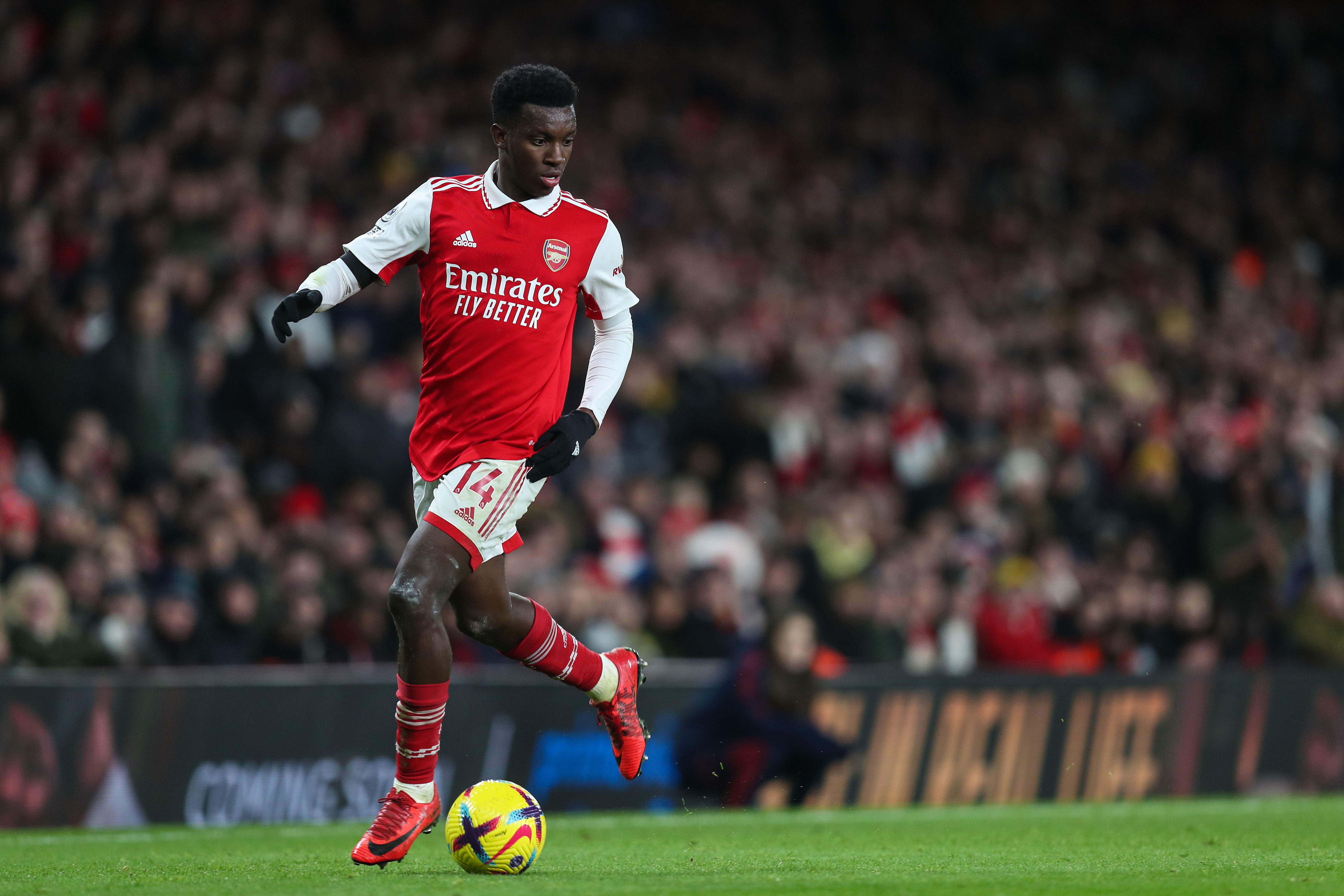 Lewisham-born 23-year-old Nketiah made his first Premier League start of the season, and marked the occasion with a clinical strike to cap a strirring victory.

With former Manchester City striker Gabriel Jesus ruled out for at least three months with an injury picked up during the World Cup on Brazil duty, Arteta placed his faith in academy graduate Nketiah - and wasn't disappointed.

The match was notable for Nketiah leading the line with a lively performance throughout against the Hammers, and his superb turn and finish in the second-half completed an excellent comeback to extend the Gunners lead at the top of the table to seven points.

“It was a great goal but I think overall his performance was incredible,” Arteta said after the match.

“The way he understood the pressing, his intensity, the way he counter-attacked certain spaces, the composure he showed. And then he stayed patient. And in the box he produced a moment of real quality to win us the game.”

It was Nketiah's 11th goal in his last 11 starts at home in all competitions, but hjis first in the league this season.

However, Arteta was just as pleased with his young forward's all-round display.

His goal was set up by Martin Odegaard, who himself turned in a man-of-the-match performance, much to his manager’s delight.

“He was great. Since back in Dubai when we were there, he’s been exceptional. That’s what you want from your leaders, with the important players to have that presence on the pitch. With and without the ball I think he was really good today.”

Arteta ended by hailing the Arsenal crowd once again who backed the team througout the match, with unwavering support as the team posted a tenth straight home league win.

“I was proud of the crowd and supporters, because conceding a goal at home, and the reaction we got from them, it was just really incredible," reflected Arteta afterwards.

"They really energised the team, we kept doing what we did in the first half, a bit better in the final third, and we didn’t concede anything (in the second-half) so we deserved to win the game.”