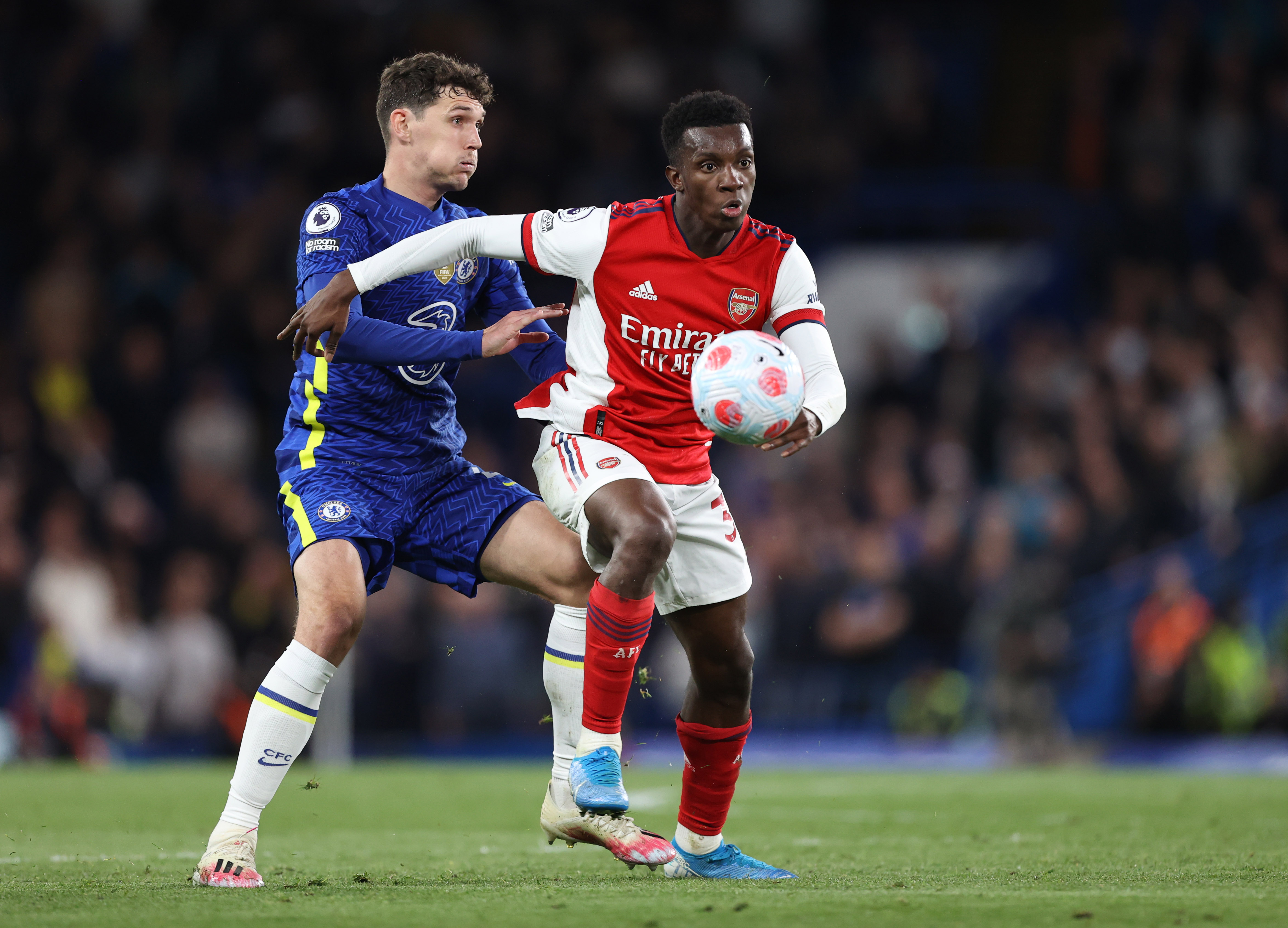 Eddie Nketiah has been reflected on his best night in an Arsenal shirt after his two goal salvo helped the Gunners to a stunning 4-2 victory over Chelsea at Stamford Bridge on Wedneday evening.

The 22-year-old striker - who will be out of contract in the summer - was part of an outstanding attacking performance from Mikel Arteta's young guns, who blew the race for fourth spot wide open once again.

With Arsenal set to host Manchester United in sixth spot at the Emirates on Saturday, level-headed Nketiah is not getting carried away as he looks to the task in hand - Champions League qualification.

"We want to push and give everything these last six weeks or however long is left and I think we’re right in race and we believe in ourselves, we want to do it for the fans, so we’re going to give it our all until the end of the season."

Nketiah's goals sparked a thrilling performance that sent the 3,000 travelling Gooners into raptures in SW6.

"I think in life you never know when your chance is coming, so you’ve just got to be ready and thankfully today I was able to help the team.

"Obviously, it’s nice to score, but it’s more important to be involved in a win in a London derby and getting the three points to bounce back, that’s the most important thing.

"I sniffed a bit of uncertainty (on the first goal), I had a lot of time, but thankfully I slotted it away, so it was a good start.

"In a London derby, against a big team like Chelsea to get the three points is amazing and I think it’s going to give us confidence going into the game on the weekend."