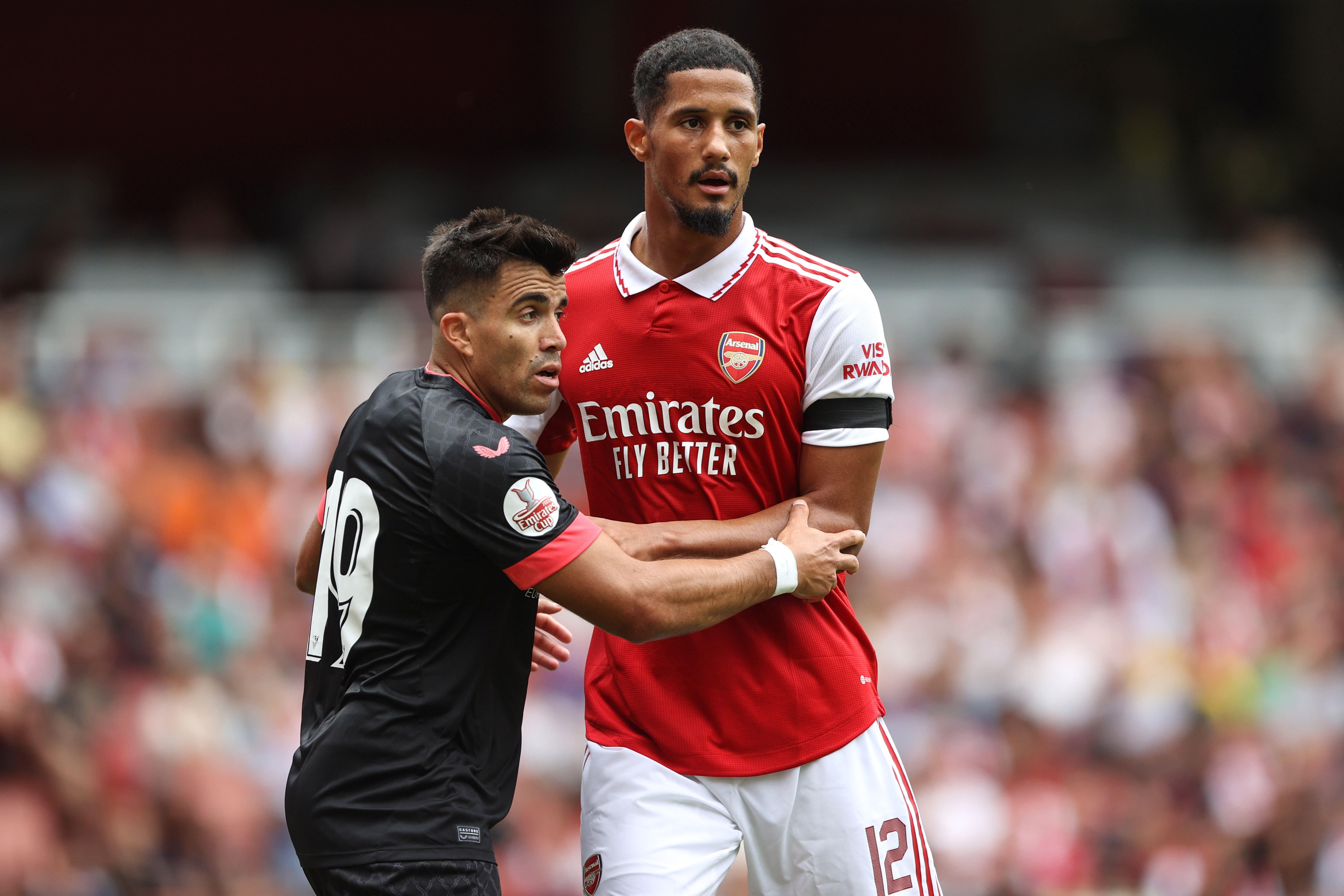 Arsenal are reportedly looking to extend the contract of William Saliba before the end of the season.

The centre back has had an incredible start to his first established season in North London, giving fans a glimpse of just why he was so raved about following a number of successful loan spells.

Saliba’s potential was clear when the Gunners agreed a deal worth around twelve-million Euros back in 2019 when the centre back was just a teen.

His future was uncertain before this season with two loan moves keeping Saliba from making his full debut for the reds until this summer.

The Frenchman featured for his parent club Saint Etienne, before lining up for OGC Nice and finally Marseille before joining up with Arsenal for what looks to be the end of his loan moves.

Saliba was crowned Ligue 1 young player of the year following a formidable year at Marseille, showing he was ultimately ready to be a starter in the Premier League.

Now valued at around £50m, Arsenal are reportedly looking to extend the centre-back’s stay with just 18 months left on his current contract.

Saliba’s impact on the Arsenal defence has been clear, with the centre back arguably being the Gunners’ best performer so far this season in a team of young talent sitting top of the Premier League.

The 21-year-old has started every league game this season so far, dropping points on just two occasions and providing a number of man-of-the-match performances for his efforts.

He’s undeniably the centre-back Arsenal have been crying out for, physical, agile, fast and extremely tactile for his age, it would be worrying if the Gunners weren’t looking to hold down their star man.

French giants PSG are reportedly eyeing the future of the youngster, however this remains rumour as Saliba continues to fulfil a childhood dream playing for his beloved Arsenal.