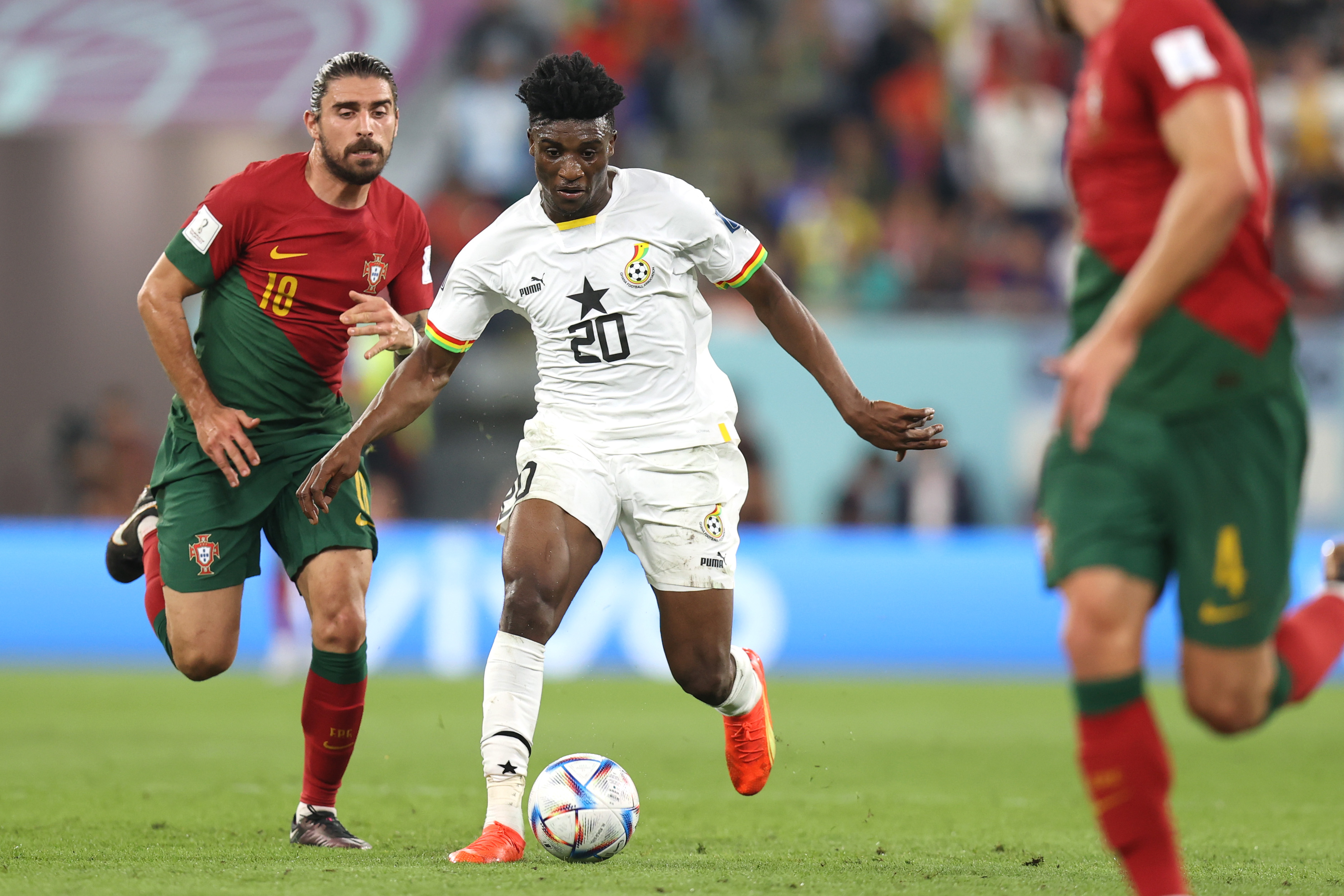 Arsenal and Spurs have reportedly joined an ever growing list of teams who are said to be interested in signing £20m Ajax attacker Mohammed Kudus.

The side from the Netherlands landed a bargain two seasons ago when they snapped up Kudus for only €9m from Danish side Nordsjaelland.

The 22-year-old was a bit-part player for Ajax in his first two years in the Eredivisie but has impressed in spells this term.

The forward has scored ten goals in his 22 appearances but he has only started five times in the league.

Most of his success came in the Champions League group stages even with Ajax finishing third in their group behind Liverpool and Napoli. Kudus provided four goals and two assists for his side.

Gooner editor and journalist Layth Yousif covered Ajax's Champions League match last month at the Johan Cruyff Arena in Amsterdam when they hosted Jurgen Klopp's Liverpool, and tells us that "depending on the price Kudus could be a good addition to the Gunners squad - but he has yet to fully convince Ajax fans. Nor would it be immediately clear just where the Accra-born Ghana star would fit in at Arsenal."

However, with Premier League leaders Arsenal set to bolster their squad during the January transfer window specualtion is growing that the Gunners could snatch Kudus from bitter rivals Spurs who are also said to be interested.