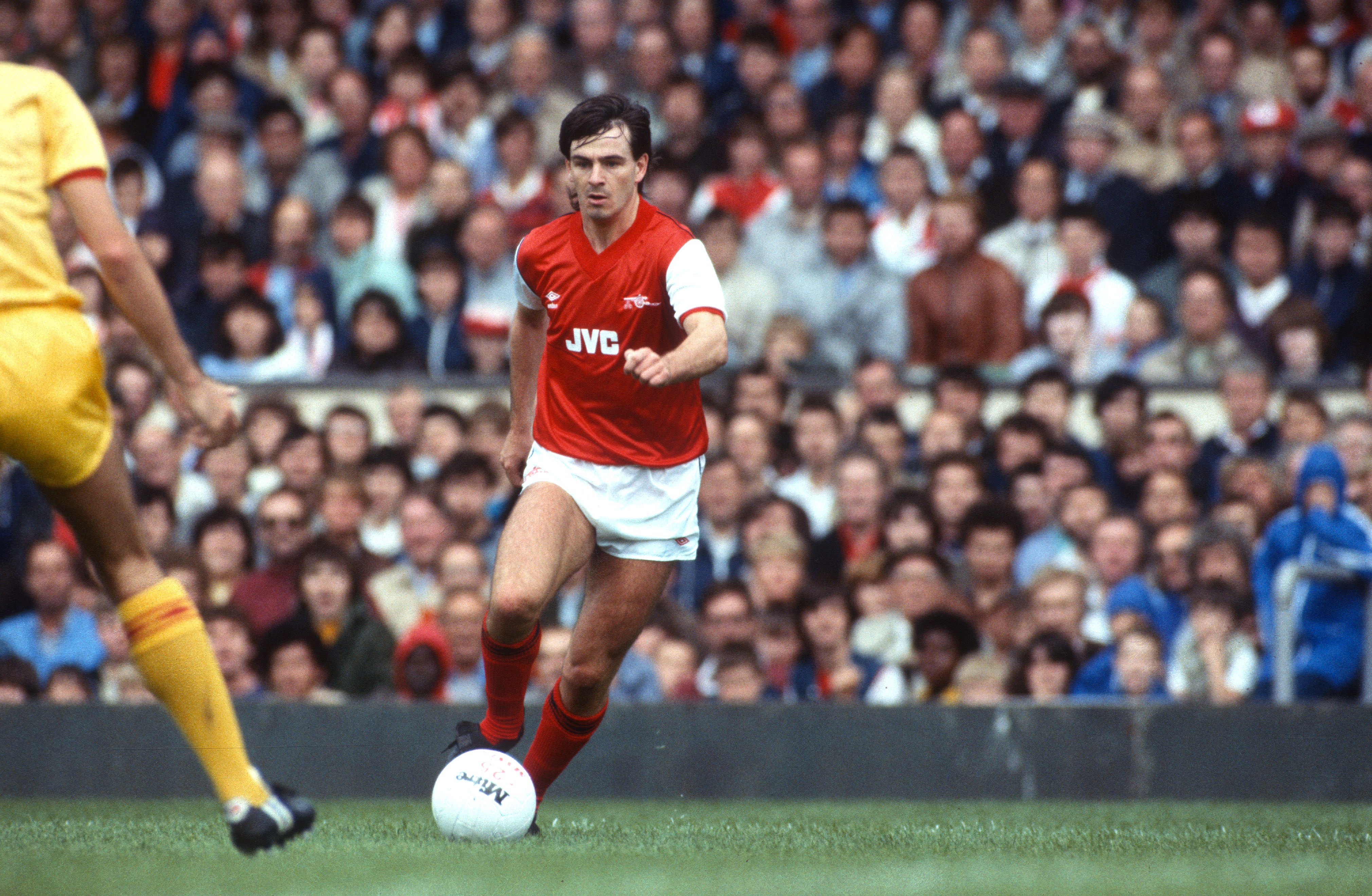 Charlie Nicholas appearing for Arsenal vs Liverpool on Saturday September 10, 1983, a matter of weeks after his two goal salvo at Wolves. CREDIT: Mark Leech / Offside

The early 1980s may not have been kind to Arsenal, but there was a reason to be cheerful in summer of 1983. Optimism and anticipation, hope and expectation abounded - and all because a certain 21-year-old Scottish centre-forward had chosen Highbury as his new home.

It was clear why Charlie Nicholas was the hottest property in British football. Scoring 48 goals for Celtic the previous campaign, it was inevitable the English would circle. Yet his final destination was far less predictable.

With Liverpool and Manchester United interested in signing Nicholas, it was a pleasant surprise when he agreed to join Arsenal for £750,000 in July 1983. After all, we were hardly flying at the time, and the north-west clubs were title contenders.

Speculation was rife that the bright lights of London had attracted Charlie, which grew when he immediately started to exploit commercial opportunities away from the pitch. But as the new season neared, Arsenal fans revelled in the fact he was a signing others could look on with envy.

The hype surrounding Nicholas was suffocating. The club itself did little to help the situation when on the opening day of the season Nicholas was given his own introduction on to the pitch as the players left the tunnel. Nicholas felt uncomfortable, simply wanting to be part of the team. For a club priding itself on the team ethic – Victoria Concordia Crescit – it seemed a strange move.

The 2-1 win against Luton at Highbury saw Nicholas show glimpses of his ability but in truth, Nicholas was joining an average, inconsistent team. Yes, he would provide excitement and attract a few more through the gates. But without adding extra quality around him, it was wishful to think he alone could reverse our fortunes.

Newly promoted Wolves held Liverpool to a 1-1 draw on the opening day of the season, and a trip to Molineux appeared to be the kind of fixture that could trip up Terry Neill’s Arsenal team. Yet as the season developed, it soon became apparent that Wolves were an abysmal team, and a club in meltdown.

Six wins in 42 league matches. 27 goals scored, 80 conceded. No league wins until November 26. It was a mere appetiser to the horror show that saw the club suffer three consecutive relegations and almost go out of business in the mid-eighties. But at the time, many Arsenal fans travelling to the Midlands would have done so uncertain of returning with three points.

Such anxieties would’ve been heightened when Wayne Clarke opened the scoring for the home team in the third minute. But the away fans among the 18,571 present would soon see their new signing turn matchwinner, as Charlie tried to live up to his billing.

In the 25th minute, David O’Leary – recently stripped of the club captaincy – strode out of defence and found Brian McDermott out on the right. McDermott’s cross was swept home by Nicholas from eight yards out, and the Scot was up and running. “It is something of a relief to get the goal,” Nicholas revealed. “They say the first one is always the hardest although I haven't felt much pressure.”

Arsenal were dominant throughout, with Nicholas enjoying a fine afternoon.

Late in the game, driving into the penalty area late, Burridge brought down the Scot, and the new hero of the Arsenal faithful slotted home the penalty for a second consecutive 2-1 win.

Labelled Bonnie Prince Charlie, the striker dominated the headlines. “Charlie Nicholas led Arsenal to dazzling victory yesterday - and threatens to dominate the First Division in the same way,” John Wragg wrote in the Express. He was not alone in his slightly premature assessment.

“I’ve done all the things off the pitch and it's nice to do some talking on the field,” Nicholas stated, in a slight dig at those who had criticised his off-field commitments. “I’m confident that for Arsenal, and myself, things can only get better and better. I’m interested to see how things work out when we play Manchester United and Liverpool.”

Nicholas would soon get his wish. After a 1-0 defeat away at Southampton, home defeats followed against the two other clubs Nicholas had been linked to that summer.

Ultimately, Arsenal’s manager would pay the price for the inconsistency of Nicholas and his teammates. Beating Tottenham away in the Milk Cup (in which Charlie scored) and then losing at home to Walsall in the next round - there in a nutshell was the issue with Neill’s teams post-Brady and Stapleton. Neill would be gone after the Saddlers debacle.

All this looked a long way off after the initial buzz of Nicholas’ first two matches, and in particular, the win at Wolves. Sadly, Nicholas would soon understand there was a gulf in class between Luton and Wolves compared to Manchester United and Liverpool.

But that honeymoon period, although far too brief, was glorious.

A time of great excitement, anticipation, and pride we had signed a genuine talent. Nicholas wouldn’t score again in the league until Boxing Day. But the fact his next goals were in a 4-2 win over Tottenham only confirmed his status as a hero to those desperate for something to cling on to.

Steve's article first appeared in issue 286 of the Gooner Fanzine. Buy it here