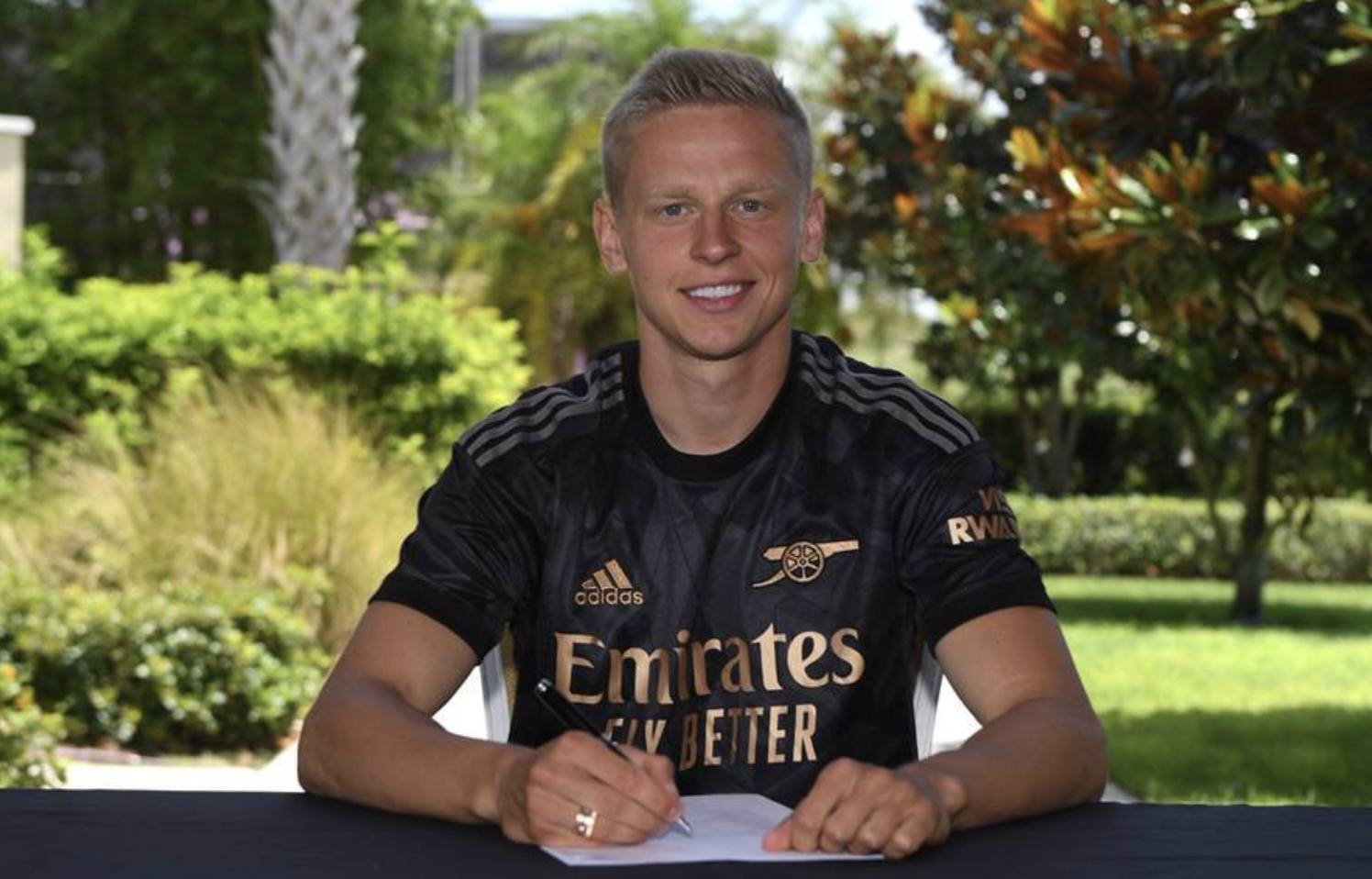 Oleksandr Zinchenko has signed for The Arsenal. PICTURE COURTESY OF ARSENAL FC

Oleksandr Zinchenko has joined Arsenal on a 'long-term deal' from Manchester City.

The 25-year-old signed for the Gunners after having made 128 appearances for Manchester City since joining Pep Guardiola's side in 2016.

A Ukraine internation with 52 caps, he came through the academy at Shakhtar Donetsk, moving to FC Ufa in Russia in 2015.

After 31 appearances with FC Ufa, he signed for Manchester City in June 2016, spending the 2016-17 on loan at Dutch side PSV Eindhoven, before returning to City the following season.

Versatile Alex primariy operates down the left flank, but is also comfortable in midfield as much as defence.

He comes with silverware as well as experience having won the Premier League and League Cup four times. He has also won the FA Cup and played in the 2021 UEFA Champions League final.

Mikel Arteta said: “We’re so happy Alex has joined us. He’s a player that I personally know really well and continued to follow him after my time at Manchester City. Alex is a high quality player who will give us options and versatility.

"It's not only about the positions he can play but as well, the versatility he will give us in attack and defence. Alex is a person with great human qualities and character, and I’m delighted that everyone has made this huge effort to bring Alex to the club.”

Arsenal said: "Alex has already joined up with the squad at our pre-season training camp in Orlando. His squad number will be announced in due course.

"Everyone at Arsenal welcomes Alex and his family to the club."