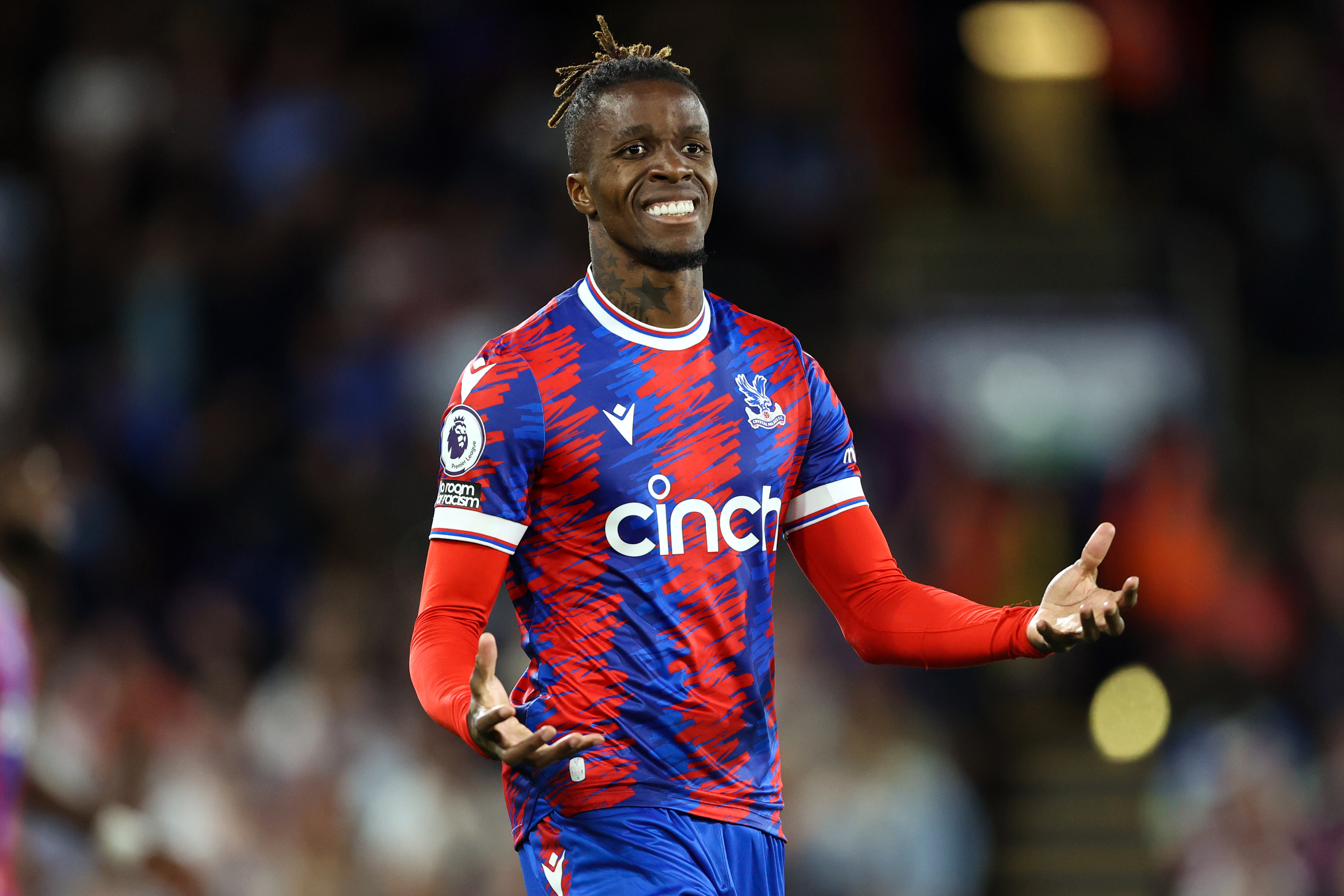 Wilfried Zaha has emerged as a transfer target for Arsenal who have reignited their interest in the Palace attacker. PCITURE: Zaha during Palace's 2-0 home defeat by Arsenal on the opening night of the 2022-23 Premier League season. CREDIT: Offside

While top of the table Arsenal are preparing to host Fulham in a London derby at the Emirates on Saturday, transfer attention off the field has turned to a familiar face.

Mikel Arteta's Gunners have been superb in winning three out of three Premier League games so far, as they gear up to face the Cottagers - but the North Londoners are still aiming to bring in at least one more player before the window slams shut.

While Edu is still working hard to land Wolves winger Pedro Neto an alternative has emerged - in the form of Crystal Palace's Wilfried Zaha.

The possible swoop comes after Arsenal were dealt a blow with West Ham bidding £35m for Lyon's Lucas Paqueta, while Chelsea's Callum Hudson-Odoi looks set for a Bundesliga sojourn with Bayer Leverkusen.

Saha has long been a transfer target for Arsenal - yet the £80m fee they stuck on him back in 2019 proved to be far too prohibitive.

At the age of 29, the fee would now be a more mangeable £34m. There are even precedents, with the legendary Ian Wright moving from Selhurst Park to Highbury back in 1991 at the grand old age of 28 - and that deal didn't go too badly.

Zaha has been linked with a move to Arsenal a number of times over the last few seasons, but the Gunners could finally be set to sign the Ivorian international, who has shown good form this season so far.

With three goals in three games this season following on from 15 goals and two assists across all competitions in the last campaign, Zaha has sparked Arsenal's interest once again.

The final seven days of the transfer window will provide the answer, but one thing is for certain, Arsenal are on the hunt for one more player - and Zaha fits the bill.