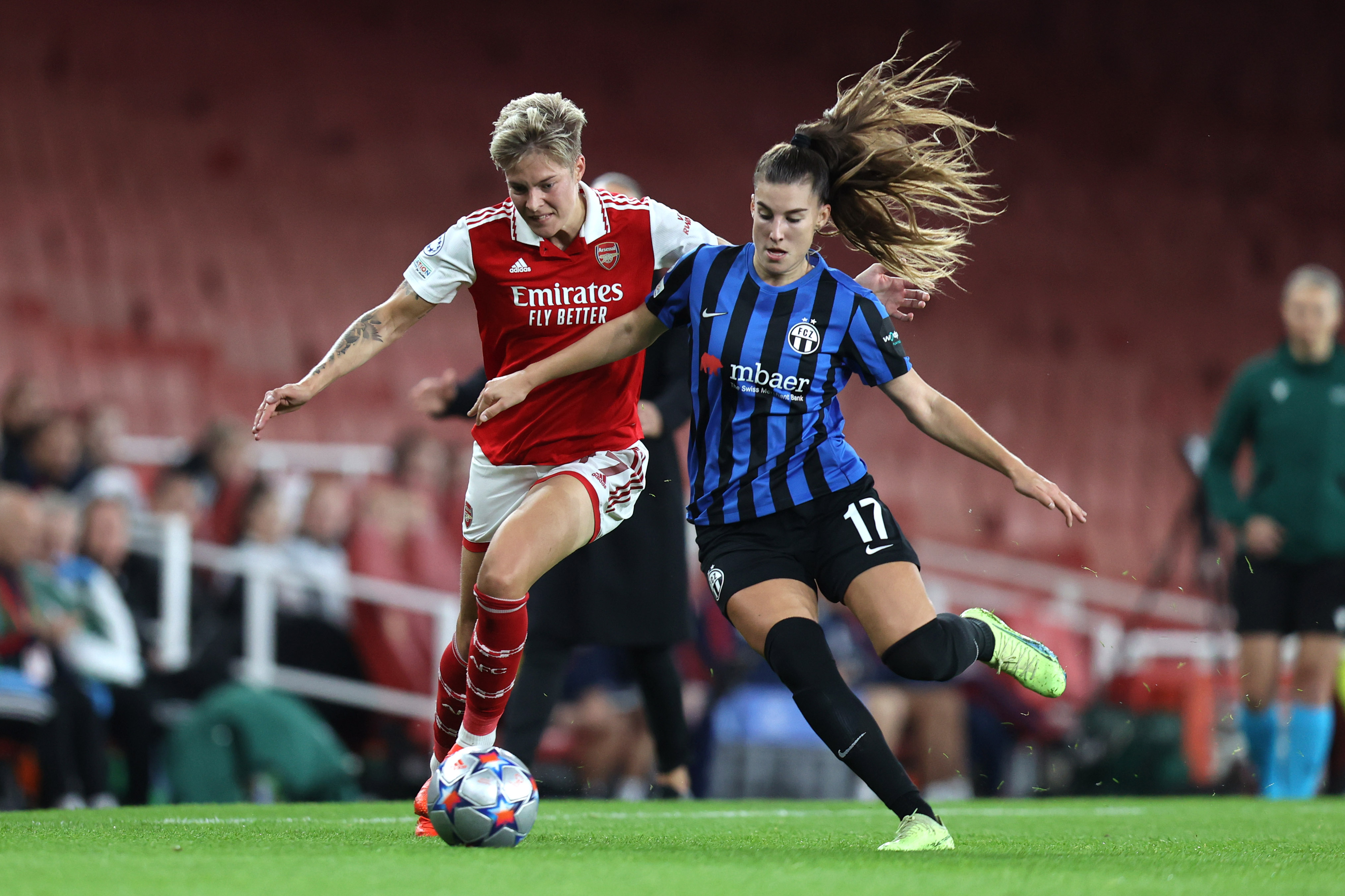 Jordan Nobbs scored a stunning volley before a brace from summer signing Lina Hurtig to move Arsenal two points clear at the top of Group C.

It was Arsenal legend Nobbs’ first start of the season in what has been a difficult year for the midfielder, with the loyal Arsenal supporters making it very clear from start to finish just how glad they were to see Nobbs starting for the Gunners again. Her goal to break the deadlock was a picture of ruthless composure, a side-footed first-time volley past the stranded Lourdes Romero.

Last night was all about rotation from Jonas Eidevall, with Mana Iwabuchi making a rare start and instantly reminding everyone in attendance of just how good she is on the ball. The Japanese international played an important role in setting up Lina Hurtig’s first goal for the club, winning the ball back before Hurtig headed the ball home. 27-year-old Hurtig also impressed, a powerful winger who will drive at defenders but is also a useful outlet with her height and aerial ability.

It was far from a perfect night for Arsenal though, who dominated the ball but were often wasteful in the final third. Zurich enjoyed their own moment of brilliance when Seraina Piubel chested down a long ball over the top and smashed it past debutant Kaylen Marckese, sparking wild celebrations. Zurich have had a long journey of various qualifying rounds, with the majority of their squad balancing football with full-time jobs, and they will enjoy moments like these in an obvious ‘Group of Death’.

Moments after the Swiss side found themselves back in the game, substitute Stina Blackstenius’s shot was followed in by Hurtig for her second goal of the evening. However, the plaudits were all about Jordan Nobbs, who took time after the game, along with various other Arsenal stars and their Zurich counterparts, to take pictures with supporters and sign various shirts and memorabilia.

One young fan to my left delightedly told midfielder Frida Maanum that she had predicted a 3-1 win for the Gunners, with Maanum then keen to tell her all about the upcoming fixtures at the Emirates that the youngster can come to watch. Let’s hope she makes a prediction again when Arsenal Women host Manchester United there next month.