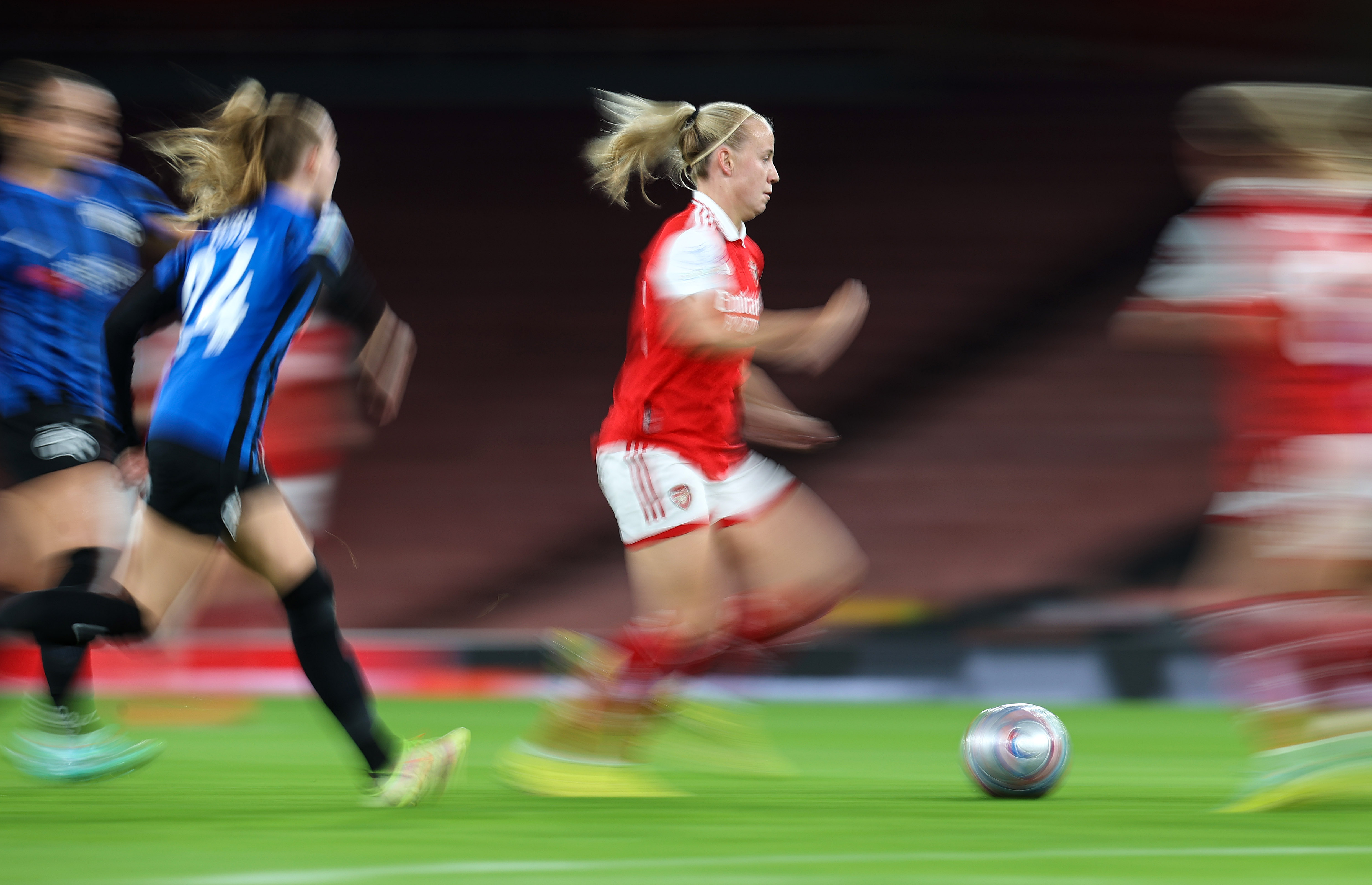 It’s first against third as Arsenal Women welcome Manchester United to the Emirates on Saturday, with Arsenal looking to continue their one hundred percent record in this season’s Women’s Super League.

The return of the WSL after the international break is certainly a welcome one, coinciding with the start of the Men’s World Cup in Qatar, and fans (approaching 40,000 at the time of writing) are expected to flock to the Emirates for what is set to be an enthralling game. United have made a flying start to the 2022-23 season, winning their first five games, and going toe to toe with Arsenal up until the Reds’ defeat to Chelsea in their last league outing, arguably their first real test of the season so far.

Any England fan will now be familiar with the attacking threat that Marc Skinner’s side possess, with the front two of Ella Toone and Alessia Russo becoming household names on national level throughout Euro 2022- the former scored the equaliser against Germany in the final at Wembley. United also signed forward Nikita Parris from Arsenal in the summer, and she will certainly feel she has a point to prove after never really finding form at Meadow Park last season.

This attacking threat will be heightened considering Arsenal’s injury issues in defence, with centre halves Leah Williamson and Rafaelle Souza still sidelined. Steph Catley and Lotte Wubben-Moy have formed a solid partnership in their absence in the middle of defence, but Wubben-Moy dropped out of the England squad through injury last week to spark panic amongst Arsenal fans, with the Gunners down to their bare bones defensively if Wubben-Moy cannot feature on Saturday due to this muscle injury.

Frida Maanum was deservedly named Arsenal’s Player of the Month for October, and has essentially kept Vivienne Miedema out of the side with some superb displays. The Norwegian scored for her national side on Tuesday night against England after coming off the bench and has been instrumental for the Gunners, along with the likes of Beth Mead and Caitlin Foord in recent games to provide Arsenal’s goal threat.

Goals could well be on the menu at the Emirates, in the first of three Women’s games to be played at the stadium during this six week break from top-level men’s football due to the World Cup. The other two are in the Champions League, the small matter of Juventus, and then Lyon next month, so there can be no complaints from Arsenal fans over having no football to go to for the next few weeks!

A win for the Gunners will keep them top of the table before Chelsea face Spurs on Sunday, with United coming into the game three points behind the two table toppers who have 18 apiece.