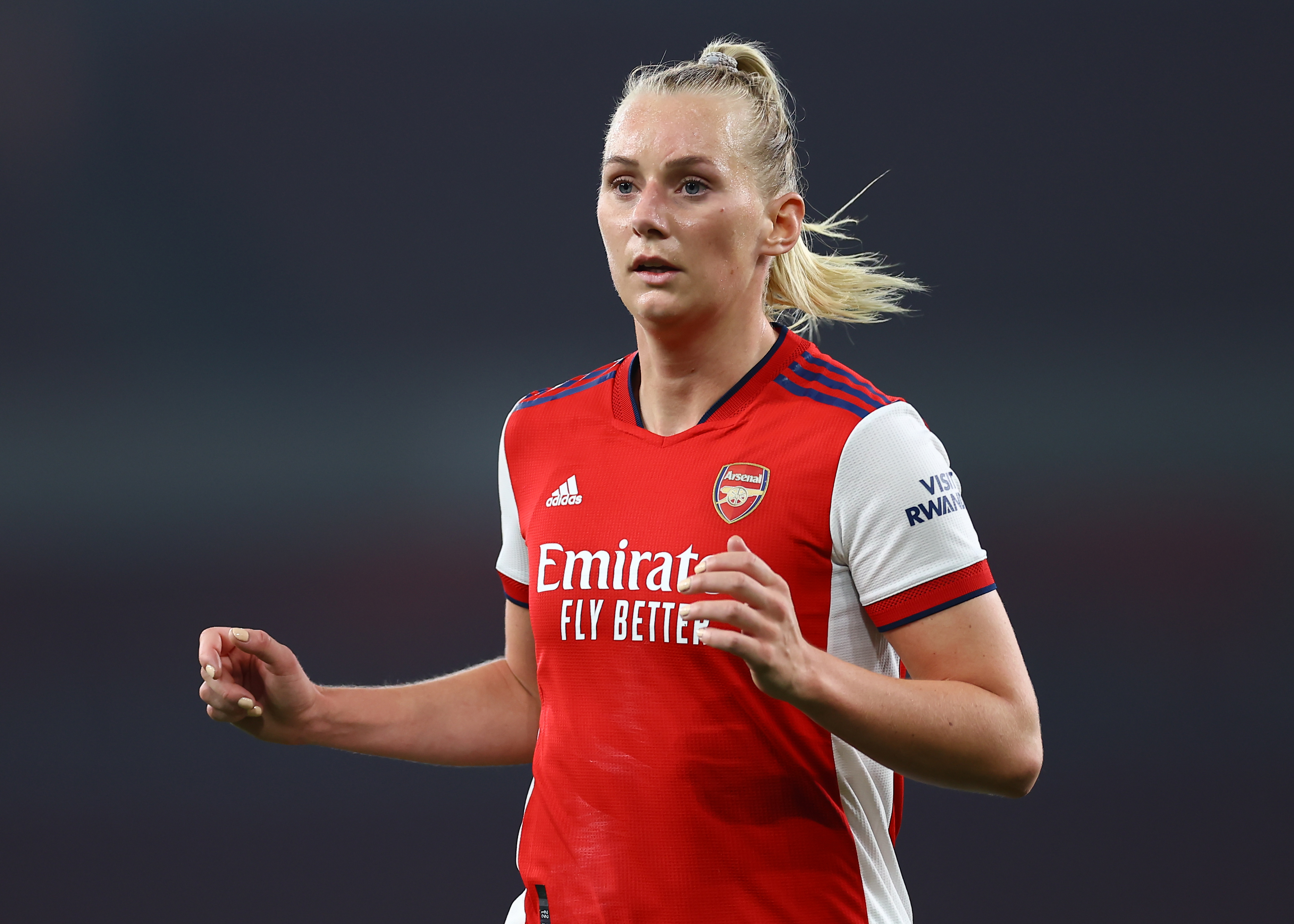 The sights of both Arsenal and Chelsea fans may already be fixed on the final matchday of the WSL season on Sunday, but the small matter of a North London Derby at the Emirates could set Arsenal up perfectly to ramp up the pressure on Chelsea going into the final day.

Over 20,000 tickets were reportedly sold for this game when it was postponed in March due to an outbreak of Covid in the Spurs camp, and reschedulement on a Wednesday night is likely to have an impact on the number of spectators present.

Nevertheless, Leah Williamson stressed in the post-match press conference after the Gunners’ recent Champions League game against Wolfsburg at the Emirates that the 62,000 seater stadium is “starting to feel like home”, and the crowd will be well in excess of the usual Meadow Park attendance.

After Chelsea’s tight win over Birmingham City on Sunday evening, Emma Hayes’ league leaders know that a win over Manchester United in four days time will seal the WSL title on the last day of the season. An Arsenal victory tonight puts the Gunners a point behind Chelsea, and will face West Ham away on Sunday, reliant on Chelsea dropping points to have any chance of winning the title.

Considering Arsenal are still yet to lose to Tottenham in the women’s game, Spurs’ determined 1-1 draw with the Gunners in the reverse fixture was a notable reflection of Tottenham's progress under Rehanne Skinner, who’s side are fifth in the table and exceeding all expectations.

If Tottenham do upset the odds and win tonight then Chelsea will be automatically confirmed as league champions. However, Spurs are winless in their last six games (although two were against Chelsea) despite some positive displays.

Arsenal’s 7-0 thrashing of Aston Villa reminded the WSL of Jonas Eidevall’s laser-sharp focus on his team’s goal difference, which now stands at 50 to Chelsea’s 49. 5 goals were scored in a merciless second half display, with Vivienne Miedema and Beth Mead hogging the headlines whilst Nikita Parris and Stina Blackstenius picked up important goals for the benefit of their own confidence.

If Arsenal find their form tonight and are backed by a vociferous Emirates crowd then the Gunners can make it a very one sided North London Derby and keep the title race alive.