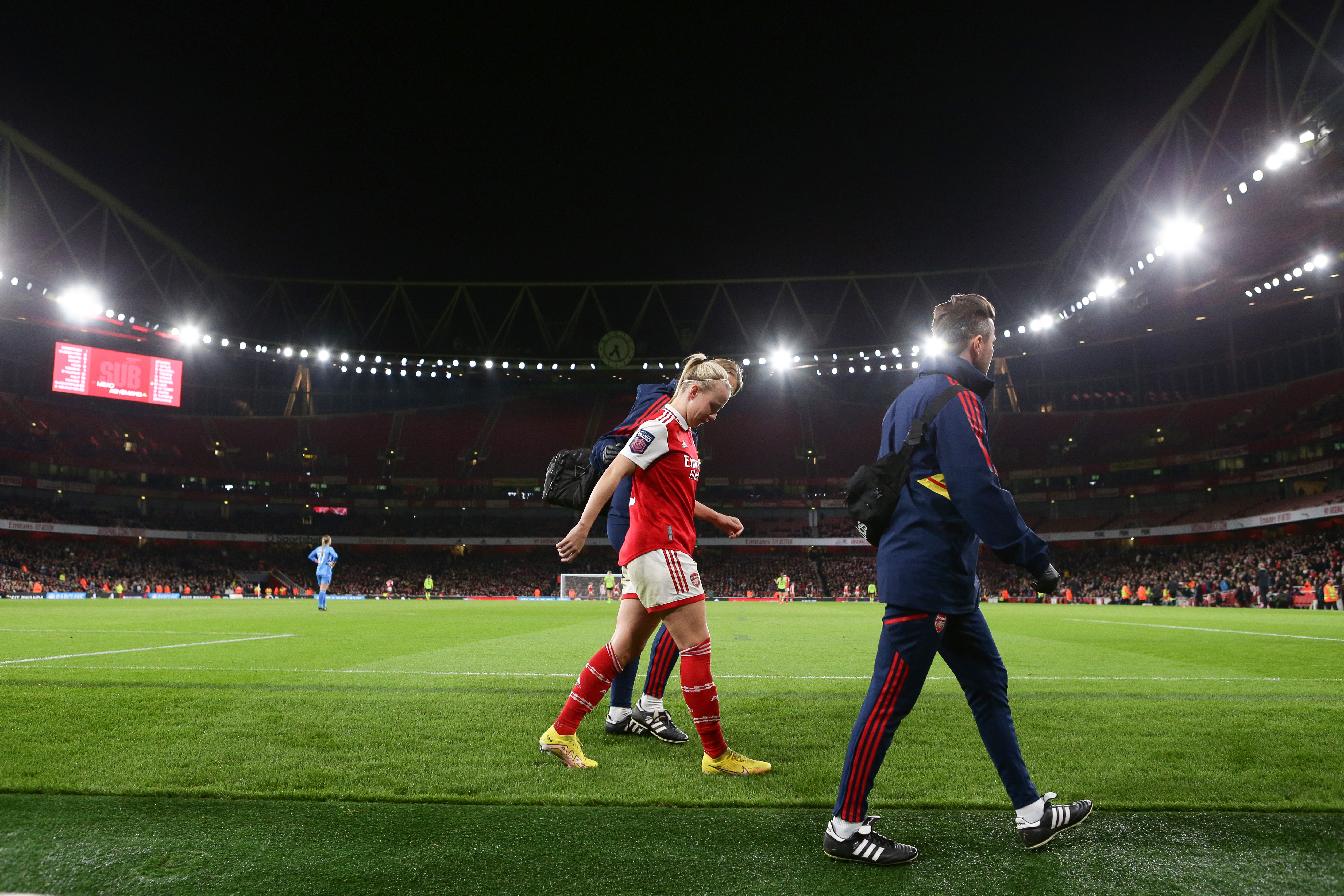 Arsenal and England star Beth Mead is likely to miss the rest of the WSL season and possibly next year’s FIFA World Cup after sustaining an ACL injury in Saturday’s defeat to Manchester United.

In a statement, Arsenal confirmed that Mead suffered a ruptured anterior cruciate ligament at the Emirates on Saturday, and “will see a surgeon in the coming days, after which further details on timescales will be established”. The Gunners forward left the pitch in tears after landing awkwardly in the 3-2 loss to Manchester United, with teammates and fans coming together to show their support on social media.

Ballon D’Or winner Alexia Putellas, who pipped Mead to the award last month and suffered an ACL injury on the eve of this summer’s Euros, tweeted to tell Mead to “be strong”, saying “we will both be back better”.

England manager Sarina Wiegman will already be concerned about the potential of Mead missing the World Cup in Australia & New Zealand next year after her sensational role in helping the Lionesses to European Championships glory, but Arsenal will have their own headache in the meantime.

Mead scored 11 goals for the Gunners in 2021/22 and has continued that form into the current season with three goals and four assists in just seven WSL games, as well as key roles in the Women’s Champions League wins over Lyon and Zurich.

Arsenal’s squad depth has been tested defensively with both first choice centre backs Leah Williamson and Rafaelle Souza already sustaining injuries this season, and captain Kim Little is also enduring a spell on the sidelines after coming off in the win over West Ham.

Mead’s shoes will be just as big to fill, for club and country.