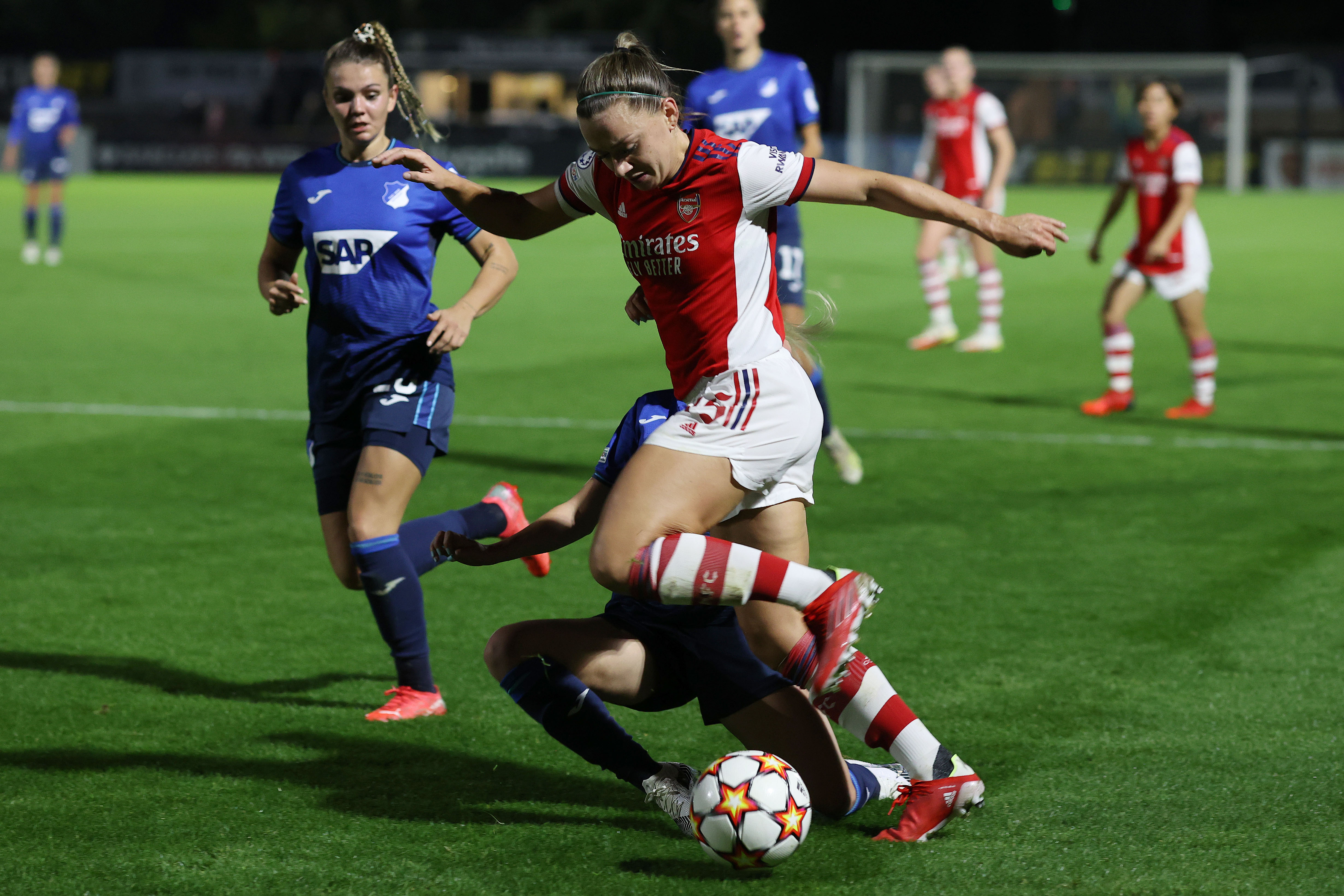 The Emirates Stadium has brought about mixed fortunes for Arsenal Women so far this season. The Gunners kicked off 2021/22 in the Women’s Super League with a dramatic 3-2 win over Chelsea at the 60,000 seater grond, but the only other game there since was a 4-0 defeat to European champions Barcelona in December. Up next, it’s Frauen Bundesliga leaders Wolfsburg under the lights at the Emirates.

The German side cheekily dubbed this game on their social media as ‘The Next Brexit?’, but this tie will indeed have a second referendum, next Thursday at Wolfsburg’s main ground, the Volkswagen Arena. Wednesday’s quarter-final could prove to be just as close as the voting back in 2016, with England’s league leaders taking on the team at the top in Germany.

Arsenal scraped through the group stages only on goal difference, losing twice (rather expectedly) to Barcelona and more surprisingly being embarrassed away at Hoffenheim too.

Wolfsburg also relied on goal difference to come out on top of a group involving Chelsea and Wolfsburg, finishing the group stage with a 4-0 thumping of Emma Hayes’ side. English sides have not enjoyed taking on their German counterparts this season!

After a poor start to the calendar year, Jonas Eidevall bolstered his side’s ranks in the January transfer window and the partnership between Vivienne Miedema, playing in a deeper number 10 role, and striker Stina Blackstenius is something that Wolfsburg have to get on top of.

On the other hand, the likes of Wolfsburg’s Jill Roord provides an attacking threat in midfield and will not be afraid to shoot from range too. Wolfsburg will look to play their possession-based football and Arsenal have to live up to the occasion and back their attacking ability.

The Gunners’ side also features former Wolfsburg right-back Noelle Maritz, with two Dutch ex-Arsenal fan favourites Roord and Dominique Janssen lining up for the visitors, both very important players in the Wolfsburg side.

Both teams come into this game in fine domestic form- Arsenal have an extra day’s rest over the Germans after their 4-0 win over Coventry United on Friday night to reach the FA Cup semi-finals, and Wolfsburg picked up an important league win over Hoffenheim at the weekend.

This encounter is also the first of two games hosted at the Emirates this week, with Arsenal also facing Rehanne Skinner’s high-flying Tottenham side on Saturday afternoon- tickets remain on sale!

If you’re heading down to either game, make sure to pick up the latest copy of the Gooner Fanzine outside the Emirates.