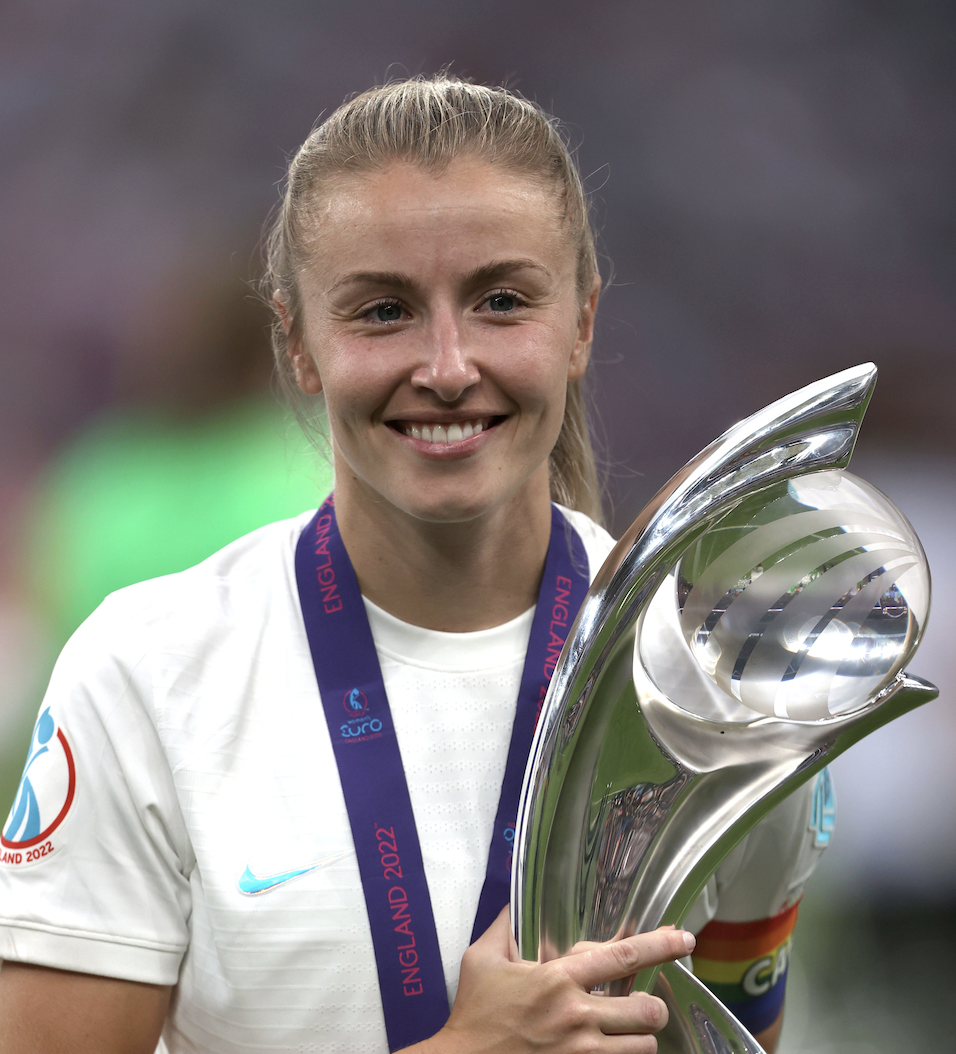 The impressive Williamson carved her name into English football history in front of an official attendance of 87,192 - the largest for a European Championships finals, for either men or women.

The renowned Arsenal leader lifted the European Championship after her magnificent Lionesses beat familiar foes Germany 2-1 in extra time on a dramatic evening at the national stadium.

Sarina Wiegman's side took the lead when Ella Toone lifted the ball over opposition keeper Merle Frohms on 62 minutes, with an impudent chip to put England 1-0 ahead.

Germany responded though Lina Magull to send the game into extra time. As the clock ticked down towards dreaded penalties, the persistent Kelly forced the ball home with only 10 minutes remaining - with the hosts seeing out the game, as Williamson became the first England women's captain to lift a major honour.

"It's the proudest moment of my life - until the day I have kids I suppose! I'm going to lap it up. Every piece of advice I got was to take every single second of it in because you're going to want to relive it over and over. I'll be reliving that for a long time."

There was also further prizes for Mead, whose six goals during the competition saw her claim the Golden Boot and Player of the Tournament accolades.

“I can’t believe it, sometimes football puts you down but bouncing back is the best way and that is what we have done," she said during the celebrations.

In total there were four Arsenal stars in the squad. Williamson played all 120 minutes of the triumph, while Mead feaatured for 64 minutes before giving way to the matchwinner. Nikita Parris came on with moments remaining to help see her team seal a memorable victory. Lotte Wubben-Moy was an unused substitute.

Arsenal said: "Huge congratulations to all four of our triumphant Lionesses!"

If you've been inspired by their success, why not find out how you can attend Arsenal Women matches in 2022-23, or get tickets now for the upcoming north London derby?