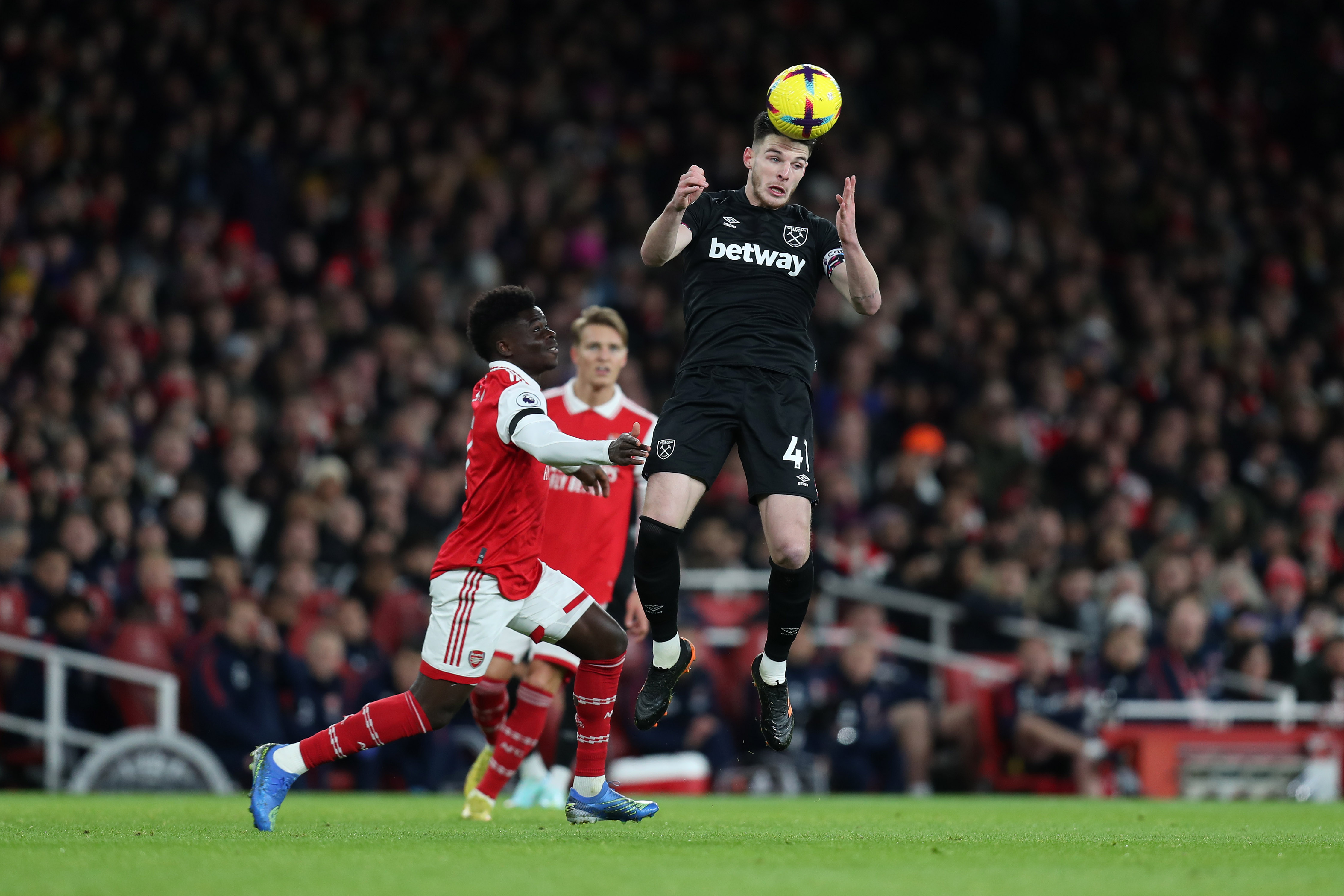 Arsenal are back, and what a performance it was under the lights at the Emirates on Boxing day.

The Gunners have been praised for their performance as Mikel Arteta’s side came back from being behind at the interval to win 3-1 against West Ham United to extend their lead at the summit.

West Ham United and England midfielder Declan Rice was full of praise for Arsenal after his side’s defeat, hailing the reds as true contenders for the league title this season.

“They are a top team you can see they are coached incredibly well, have a lot of attacking talent, a young squad and they can go all the way for sure.”

The Hammers tested Arsenal in the first half, and things got nervy just before the half-hour mark as Said Benrahma converted from the spot for the visitors to put them ahead.

David Moyes’ side were ahead at the break, something that Rice admitted they worked hard to maintain.

“We tried as hard as we could to stop them, we came up short. You can’t sustain that for 90 minutes against a team like Arsenal, it’s the same against City. With their free-flowing football they managed to get through.”

Just short of ten minutes into the second half, Arsenal drew level through Bukayo Saka, then in a quick fire ten minutes, the Gunners were 3-1 up thanks to brilliant goals from both Gabriel Martinelli and Eddie Nketiah.

The tests will continue to come thick and fast for the Gunners and the start to the new year will be a true indication as to whether Arsenal can live up to the title contending expectations set so far.