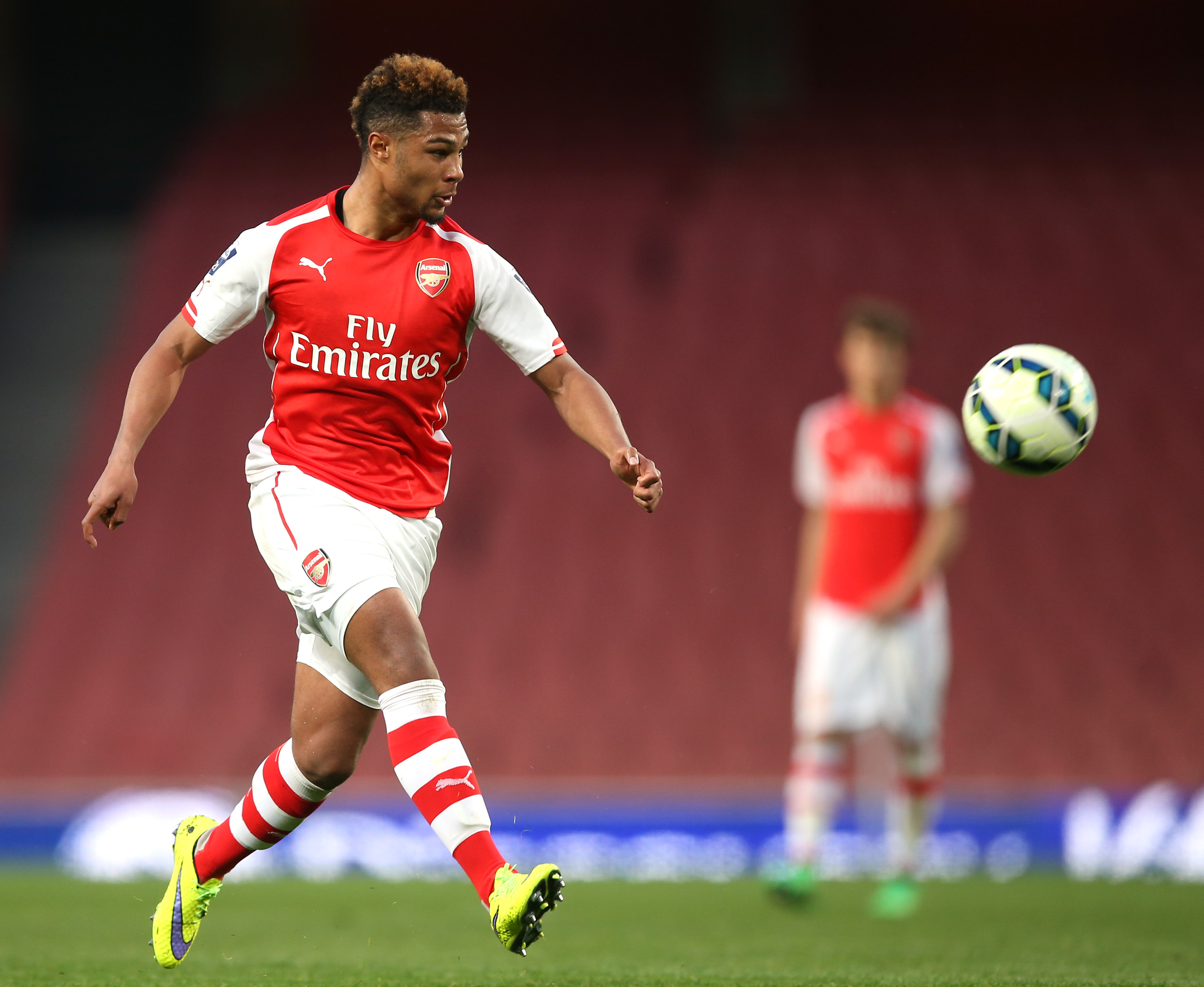 Could Serge Gnabry be set for a return to Arsenal? PICTURE: Gnabry in Arsenal colours back in 2015.

The likely availability of Bayern Munich forward Serge Gnabry has led to inevitable links with a move back to former club Arsenal.

The German international spent four years at The Emirates from 2012 but never really suggested he would become a permanent fixture in the starting XI.

An initial move to Werder Bremen followed in 2017 but the Gnabry really began to thrive when Bayern took a chance on him. The 26-year-old has since become a regular starter at the Allianz Arena and now has a particularly prolific record with the German national side.

If he is open to a move back to England, would Serge Gnabry be a good fit or should the Gunners be looking elsewhere for striking reinforcements?

When looking at Serge Gnabry’s scoring statistics, it’s important to remember that he isn’t always used as an out-and-out striker. Playing out on the wing or behind regular front man Robert Lewandowski will keep the numbers in check.

Following that move from Werder Bremen in 2017, Gnabry has scored 63 goals in his first 168 games across all competitions. A ratio of around one in three has been consistently maintained in his five years with Bayern Munich.

In international football, where he may find himself pushed further forward, Gnabry has an exceptional return of 20 goals in 30 full internationals. While that tally may include a hat trick against minnows San Marino, it’s still an impressive record.

However, teams look to use him in the future, it’s clear that Serge Gnabry is a versatile player with lots to offer.

Arsenal will be in a better position to attract top quality players if they are featuring in the Champions League next season. Excellent wins over Chelsea and Manchester United have put the Gunners into fourth place, two points ahead of bitter rivals Spurs.

Mikel Arteta’s men are now narrow favourites to convert and claim that crucial fourth place. In the Top Four football online betting markets, as sourced by ArabianBetting.com, the Gunners are now marginally ahead of Tottenham with Manchester United and West Ham United beginning to drift away.

The two North London rivals will meet at the Tottenham Hotspur Stadium on May 12 and a win for either side will have a significant effect on those markets. Whatever happens, the panel of sportsbooks attached to Arabianbetting.com will update the figures as soon as any changes come in.

Readers can take their time to digest any new odds while news and opinion articles can keep them up to speed with the world of football. There’s lots of information to hand and it’s also possible to test out that knowledge in the markets.

Any sports betting website mentioned on those pages is set up and ready to accept new players. There is a safe and simple sign up form and most bookmakers have a generous welcome promotion to get things started.

Once confirmed, customers can add funds to their account via a choice of deposit methods. Fast and effective help facilities can quickly deal with any queries while other benefits may include in-play betting, a range of other sporting markets and the possibility of live streaming world class events.

It’s the site to follow from a betting perspective but will Arsenal’s final league position determine whether or not they will go in for Serge Gnabry?

Where Does Gnabry Fit?

With Pierre-Emerick Aubameyang gone and questions persisting over Alexandre Lacazette, there is a need for a striker at the Emirates. Eddie Nketiah has stepped in to good effect while goals from behind the front men are not in short supply.

Bukayo Saka and Emile Smith Rowe have been in good scoring touch throughout the season but there is a clear need for reinforcements. Is Serge Gnabry’s record enough to convince the manager that he can be the main striker for next season and beyond or should the club search for a more prolific front man?

It’s an interesting proposition but would Serge Gnabry be the answer to Arsenal’s striker search? He’s established in Germany but it’s not always easy to transfer form from another European division into the Premier League.