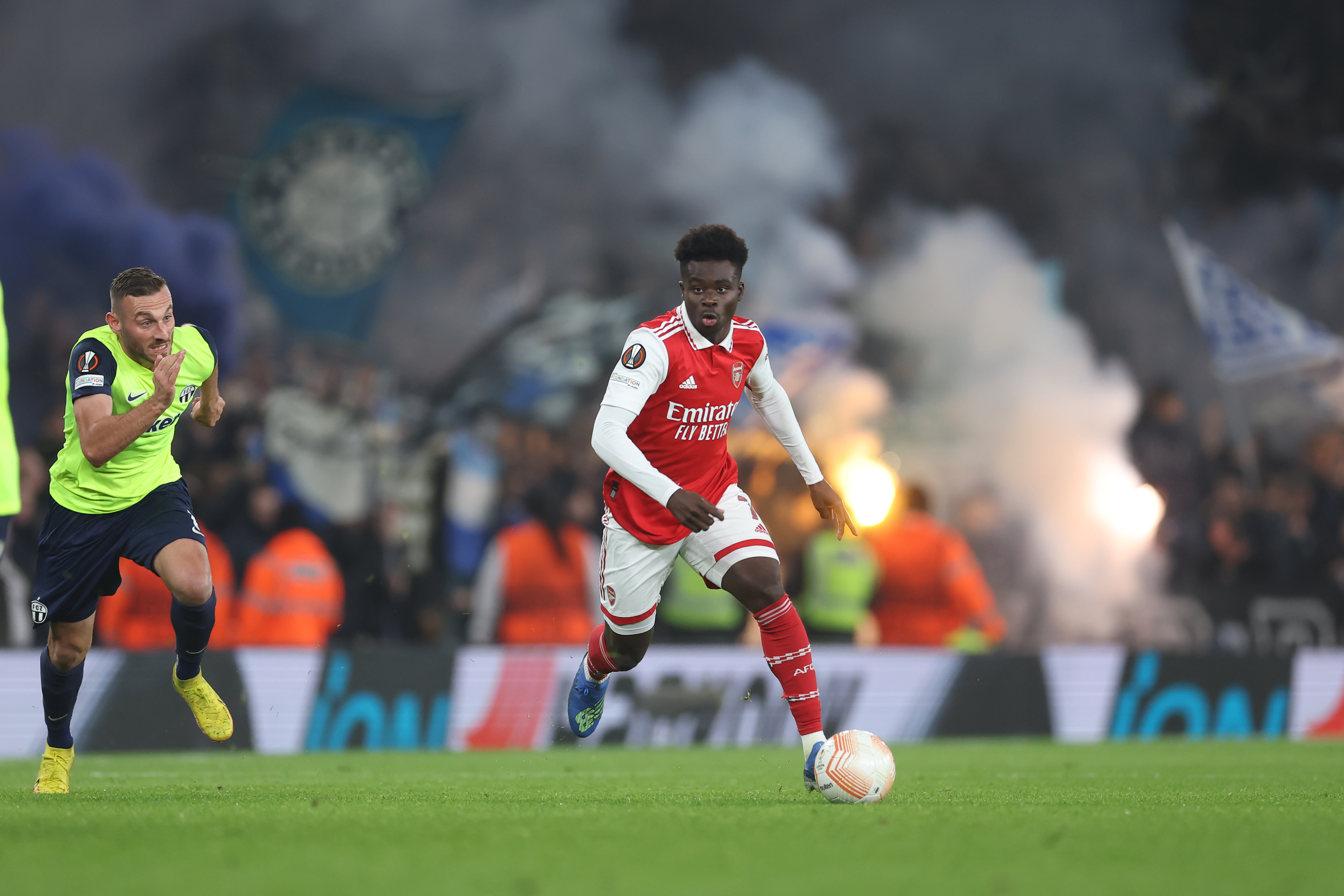 On a fraught evening at the Emirates, Kieran Tieney's excellent first half striek was enough to seal victory - and safe passage through to the knock-out stages of the tournament, thereby avoiding the need for a two-legged play-off next February.

Ben White: 7/10 - Played his part in keeping the FC Zurich forwards out on an increasingly fraught evening

Rob Holding: 7/10 - A unyeilding yeoman with a nice thatch

Kieran Tierney: 8/10 - A cracking strike aided by a superb technique. Battled throughout and gave his all for the cause

Fabio Vieira: 7/10 - Not as influential as he would have liked but wasn't for lack of effort

Reiss Nelson: 6.5/10 - Kept his place after Sunday's two-goal salvo but failed to impress albeit on a challenging evening

Mohamed Elneny: 7/10 - Reliable and unflinching in the heat of battle amid the smoke and the pyro

Eddie Nketiah: 6.5/10 - Always works so hard but to be a top, top quality striker you have to turn your half chances into goals, not near efforts - that said, his running on and off the ball never let the Zurcih backline settle

Gabriel Jesus: 6/10 - Badly needs a goal. Which is strange considering how great a start he has had this season and what an excellent striker he is. It will come because class is permanent

Thomas Partey: 7/10 - Came on to help push his side onto victory

Bukayo Saka: 7/10 - Fit again and gave his side a boost simply by coming on against a tiring Zurich side

Takehiro Tomiyasu: 6/10 - On for Ben White. Picked up a knock and had to be replaced by Cedric as the clock ticked down

Martin Odegaard: 7/10 - The Norwegian came on late on to help steady the ship